Under a New Chief, Twitter Has a Chance to Focus on Live Events 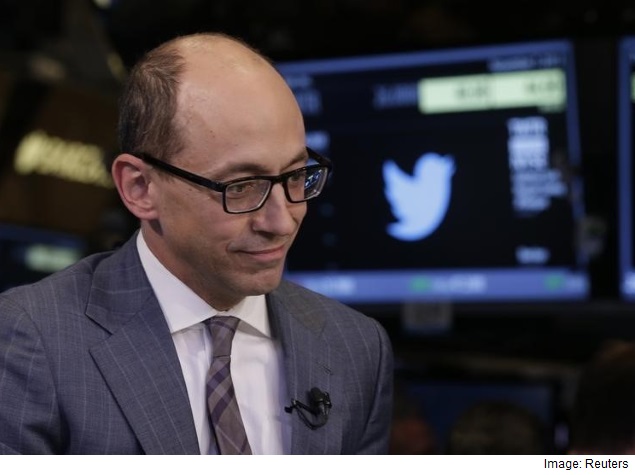 Here, in 140 characters or less, is some free advice for Twitter's next chief executive: "Focus on live events. People never tire of gabbing about what's going on right now. Twitter could be the best place for that. Do it fast."

That may sound a bit simplistic. The news that Dick Costolo will resign at the end of the month is sure to elicit a raft of doomsaying commentary about the company. Costolo, who since 2010 has been chief executive of Twitter, the service that lets people post 140-character messages, helped take the company public in 2013 and built it into a Silicon Valley force.

Along the way, however, Twitter's audience growth stalled, and its advertising business looks to be cooling. From afar, Twitter can sometimes look dysfunctional, especially compared with its robotically disciplined competitors in the social networking business, among them Facebook and Pinterest, whose fortunes all burn brighter.

Among some investors and users, there is now a more straightforward and optimistic case to be made for the rebirth of Twitter under a new chief. That case involves focus. Twitter, as a service, is many things to many people at different times. It is one of the world's best sources for news and for jokes about news, a playground for professional networking, and a haven for that most human of pastimes, idle gossip.

But because the service offers so many uses, Twitter, as a company, has had trouble focusing on one purpose for which it should aim to excel. The lack of concentration has damaged its prospects with users, investors and advertisers. Choosing a single intent for Twitter - and working to make that a reality - ought to be the next chief's main task.

Among the many uses Twitter fulfills as a social network, there is one it is uniquely suited for: a global gathering space for live events. When something goes down in the real world - when a plane crashes, an earthquake strikes, a basketball game gets crazy, or Kanye West hijacks an awards show - Twitter should aim to become the first and only app people load up to comment on the news.

We live in an era dominated by time-shifted media. Just about everything worth watching can be watched later, when it's more convenient. Even so, many of us find experiencing media communally to be a deeply meaningful experience - much more meaningful than watching it later. The desire for communal experiences explains why the Super Bowl is still a mega TV event, why ESPN has grown to become one of the most valuable media properties on the planet, and why HBO has turned Sunday nights into a marquee time for television.

Twitter is well-positioned to take advantage of this desire. It is among the best places online for consuming news and commentary about live events. It would be ridiculous for many fans of the NBA or of "Scandal" to watch TV without having Twitter nearby. Yet that behavior still remains a niche. Twitter's next chief could change that, adding a few simple features that might transform the service into a required accessory for experiencing anything live.

How should Twitter do that? Tech journalists and tech investors have spilled thousands of tweets over the years in attempts to account for the general unpopularity of Twitter. Though Twitter has brought out an accelerating set of improvements over the past year, it remains a punishingly difficult service to get accustomed to and use. Twitter may be alone among large social networks in turning away more people away than it attracts. About 300 million people use it every month, but more than 1 billion have signed up and quit.

Last week, in an extremely detailed post on his blog, venture capitalist Chris Sacca, one of the earliest and larger investors in Twitter and an inveterate fan of the service, outlined the most straightforward recipe for Twitter to own live events. Much of what he called for could be easily done now. For every live event that generates tweets - whether it be news or a sporting event or a TV show - Twitter could create a dedicated section of the app.

Say the NBA finals are heating up (which they are), and Twitter knows you like basketball. The app would send you a notification, tap to see the best tweets timed to the moment - with photos, videos, commentary and, of course, jokes all focused on that event. In other words, an instant community talking about something you are interested in, and one that you can't help getting glued to, because it's about something happening live.

Twitter does some of this now, but not nearly as well as it could. When the Golden State Warriors were playing the Cleveland Cavaliers in Game 3 of the NBA Finals on Tuesday night, I saw people tweeting about the game when I loaded up the Twitter app. I'm not usually interested in basketball, but the tweets suggested this was an amazing game, so I stayed fixed to the screen.

Twitter made the experience difficult. I couldn't see a running score, I didn't know whose accounts to follow for the best stuff about the game, and basketball tweets were mixed in with ordinary posts about everything else. Tapping on some NBA hashtags created a more focused feed, but it was still a messy experience, with lots of repetition, and, worse, boring tweets. The only reason I stuck with it is because I'm a Twitter addict. Most people would have bailed.

Sacca offered many obvious improvements to Twitter's problems with live viewing. Twitter, he suggested, should hire human editors to create curated feeds for special events. It should offer these specialized feeds to users who don't check in to the service very much, without requiring them to log in or to follow certain accounts permanently.

"Done right, live Twitter will have sports scores and TV listings front and center and will be the place everyone visits first to see how the game is going or when the show starts," he wrote.

The best analog for Sacca's vision is a digital-era version of television or radio - a global coming together in an otherwise lifeless, anodyne digital world. Twitter's next chief could build such a thing. And it could be glorious.