From a redesigned Web interface to support for Live Photos on iOS, here's everything Twitter added in 2019. 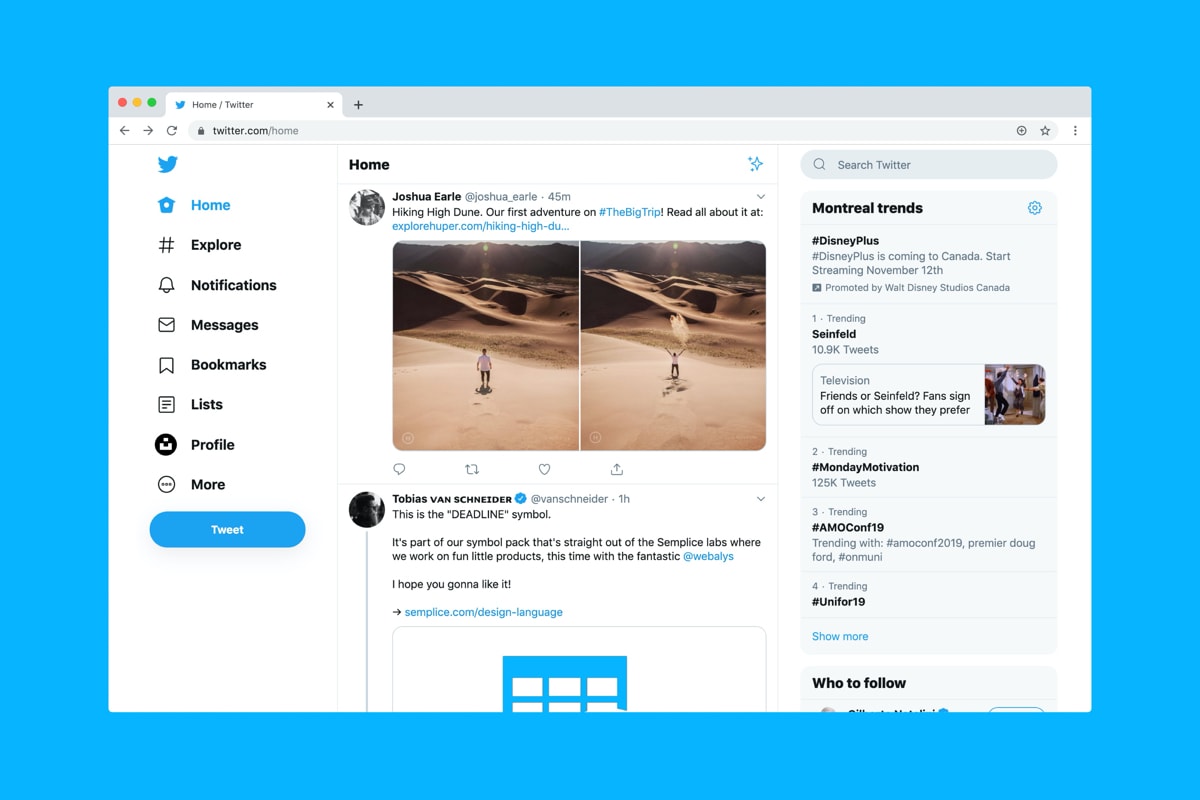 Twitter started this year with a redesigned Web interface

Twitter kicked off this year with a redesigned layout for its Web interface and a whole lot of promises. In 2019, the microblogging platform was also in the news for its stance on political advertising, and as usual, did its bit to curb Twitter's long-standing abuse and spam problems. On a surprising note, the popular social media platform's CEO Jack Dorsey claimed Mark Zuckerberg once killed a goat and served it to him for dinner. Interesting stories apart, Twitter did ship several useful updates in 2019. From redesigning its interface to adding new, useful features that help improve the overall user experience.

Twitter for Web started receiving a redesign early this year and by July, the new design was rolling out to all users. The fresh update brought some of the design from Twitter's mobile app and its features to the desktop. Twitter for Web received a clean, new look along with a new Explore tab which was previously available only on the mobile app. Users are also able to switch between Lights Out or Dim mode.

Twitter had something special in store for Mac users. After killing the native app, Twitter revived its Mac app in October this year, thanks to Apple's Project Catalyst. macOS Catalina users can download and install the Twitter for Mac app on their computers. The app looks and feels like the company's mobile apps because Project Catalyst enables companies to port their existing iPad app code to the Mac.

After testing it for a while, Twitter started rolling out its new Hide Replies feature in November this year. Hide Replies lets users hide specific replies to their tweets. The feature doesn't allow users to delete anyone else's tweets, just makes them slightly harder to discover. Hide Replies is useful when you're dealing with a bunch of trolls.

This could be the last major feature Twitter will ship in 2019. Four years after Apple launched Live Photos on iOS, Twitter has finally added support for the feature. iOS users can now directly post Live Photos to Twitter via the company's app and these will be automatically converted to GIFs. Until now, users had to use a third-party app to convert Live Photos to GIFs before posting them on Twitter.