For many of us around the world - and especially in India and Brazil - Orkut was the introduction to social networking in the early 2000s. Developed by Google employee Orkut Buyukkokten in 2004, Orkut.com at its peak saw 300 million active users on the platform, until it was supplanted by Facebook, and eventually shut down in 2014. Hello Network is Orkut Buyukkokten's fourth social media venture, and was launched in May 2016 as an app-only platform, with the goal of creating an offbeat social platform where users could explore bonds and friendships with other people. Gadgets 360 caught up with Orkut Buyukkokten at the public launch of Hello in India this week to get some insights on the rollout of his latest project in the country.

"We initially had a plan of getting 100 beta testers on-board for launch in India, but we ended up with 35,000," said Buyukkokten. "During the beta testing phase, we found out that the Indian audience is more open and welcoming when compared with North American markets like the US. When I look at how the beta testers were using the app, they are not afraid of reaching out to strangers and making friends; they are not afraid of expressing themselves in front of others and on the public platform."

Orkut.com, he said, once topped the traffic charts in India with more unique visitors than Google.com. But that was more than a decade ago.

"When Orkut.com first launched, it wasn't built to support hundreds of millions of users," said Buyukkokten. "So, right after we launched, we ran into certain scalability issues. It took us almost a year to rewrite our infrastructure, architecture so we could handle the traffic." Hello, he added, has been designed keeping in mind all these limitations and is made to support millions of users. "Hello is a mobile-first network. Being mobile means being instant - at your fingertips," said Buyukkokten. "In terms of infrastructure, a lot has changed since the era of Orkut. We have services like AWS (Amazon Web Services) and Google Cloud that allow platforms to scale to not just hundreds of thousands, but millions of users."

"Later on, we will introduce ads; but when we introduce ads it will be in a way that is beneficial for the users, giving them a positive experience."

And right now, Hello is looking to make its money not through targeted advertising, but rather, in-app spending. "We have a custom virtual currency revenue model. We have something called Hello Coins that users on the platform can use to unlock certain features," said Buyukkokten. For instance, users can spend their Hello Coins to post anonymously on Hello, which is essentially meant to be a public platform. "By requiring people to use virtual currency to create these 'Incognito posts', we ensure that people aren't doing it too often. It kind of creates a balance between public and private updates," he added. Buyukkokten is also not completely opposed of advertisements on his platform either. "Later on, we will introduce ads; but when we introduce ads it will be in a way that is beneficial for the users, giving them a positive experience."

Users can buy 200 Hello Coins for a price of about $1, or roughly Rs. 65, and you can earn coins by using the network. Coins are also used for things like creating communities. The relatively low price might lead to the increased usage of Hello for anonymous posts, something the founder would not want as he aims to create a "positive" network. With anonymity there often arises enemity and hatred, as we have seen on platforms like Secret.

The Hello Network app is a bit different from other social networks out there. During the sign up process, it asks you to choose five different tastes and preferences - called personas - out of more than a hundred. It then helps you match with other people that have similar tastes. Algorithms used by Hello help create clusters of users with similar tastes and help the platform categorise individuals in an organised manner.

"In our lives, we like things to be customised. If you go to the same coffee shop every time, you expect the barista to know your preferences; if you browse your Netflix, you expect it to offer you perfectly customised recommendations," said Buyukkokten. "Similarly, recommendations on social media are good as long as they give users a positive experience, and are not creepy." Hello aims to keep preference questions to a minimum. 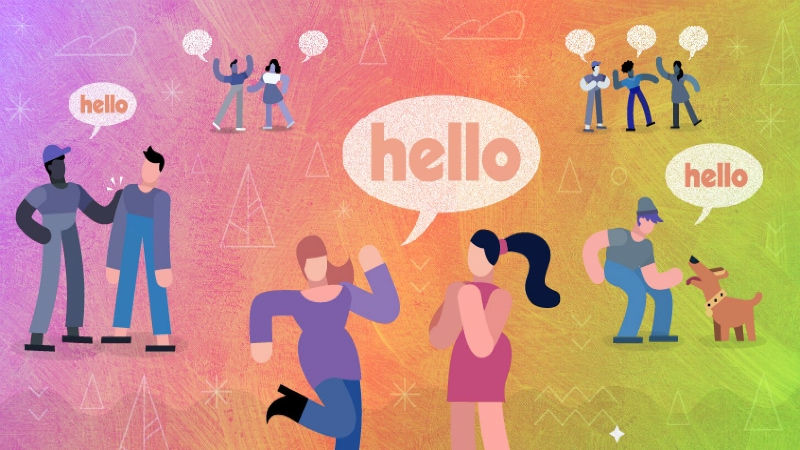 With its public launch in the country, Hello has added certain India-centric features. These include new capabilities for users to add links on the platform, and several new personas. "We added Bollywood fan, Cricket fan, Spiritualist, and Chai lover to our list of user preferences considering how important these things are to people in the country," said Buyukkokten. "As we launch in different countries, we will expand personas accordingly."

Hello is not just for English speakers in India either. Buyukkokten said that the company is looking actively to localise and translate content on the platform to suit certain local audiences in the country. "We will start with English, but, as we get more regional native speakers on Hello, we will definitely focus our efforts on translation," he said. A desktop version of Hello is also coming soon, Buyukkokten added, in an attempt to change its app-only image in India.

The company is also open to setting up offices in India. "We would love to open a marketing office as well as an engineering office in India, in different cities," said Buyukkokten.

LinkedIn, Skype, and Facebook cater to budget smartphone users with toned down, Lite versions of their mobile apps. Hello's focus is on offering customised system preferences to users that will allow them to use the normal version of the app on smartphones with low powered internals. "We will allow users to tweak settings in order to reduce their bandwidth usage - mostly on cellular data," said Buyukkokten. "Users will be able to downgrade image quality in order to save data. We are also investigating having a Lite version, but that's not our priority right now." Hello is working majorly on improving the experience on its Android version considering the fact that 90 percent of its current market uses smartphones that run the Google-owned mobile operating system.

Using reputation to fight fake news
On being asked about his views on the prevalence of fake news on today's social networking platforms, he said, "Fake news is a huge problem, worldwide, and the major issue we see is that major social media companies are not prioritising users - users don't come first." He thinks that fake users and fake updates create high traffic for these companies, which is in turn beneficial for shareholders and advertisers.

"It is impossible to create fake news because our platform has an anthropological system which distributes content based on reputation,"

With Hello, he says, things are a bit different. "It is impossible to create fake news because our platform has an anthropological system which distributes content based on reputation," said Buyukkokten. Essentially, he explained that Hello is aiming to reduce the influence of fake news by popularising content that has been regarded as genuine by long-term users.