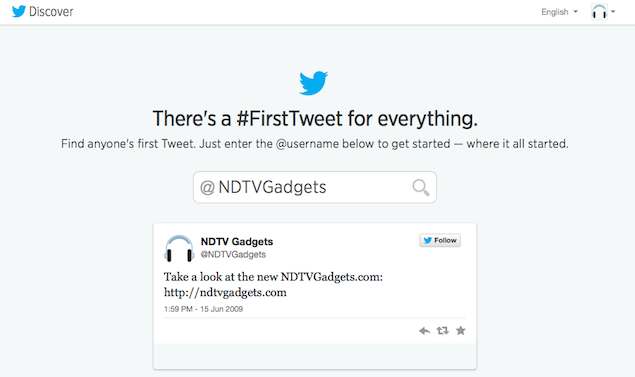 Social media agency Pinstorm tracks Twitter influencers in india, and put together regular reports on this. Their top influencers are predictably all celebrities, though interestingly, the top two spotsare not for people from the movie industry. As per Pinstorm's rankings,number one is @DalaiLama, the account of the Dalai Lama, and the secondspot is held by by @narendramodi, the BJP leader.

Post that, there is the Bollywood brigade beginning with Amitabh Bachchan, Shah Rukh Khan, Salman Khan, Abhishek Bachchan all the way till AR Rahman. Sachin Tendulkar breaks the Bollywood streak, but Aamir Khan comes in at number 10.

Here are their first tweets:

His Holiness the Dalai Lama in Los Angeles - 21 February 2010 http://bit.ly/cRGXyr

2nd Feb, I will be in Dahod for Gujarat Swarnim Jayanti Yatra

@juniorbachchan hey baby !! I made it on twitter !!! Yeeaaaaaahhhh !! ... sorry.. just got carried away .. safe onward flight and love

hi everyone. being extremely shy i never thought i would be here. but my friend @kjohar25 insisted that i should learn to share my life.

hey guys! yes, yes it's really me. thank you troon (thats tarun mansukhani). so people.......JrB is in da house!

Finally the original SRT is on twitter n the first thing I'd like to do is wish my colleagues the best in the windies,