Dual WhatsApp: How to Run Two WhatsApp Accounts on One Phone

If you've got a dual-SIM phone, you can use the different SIM cards to make calls using separate numbers, and send texts using different numbers. But did you know that you can set up dual WhatsApp accounts, and use them both on the same phone? If you've ever wondered how to install two WhatsApp accounts on one phone, then you've come to the right place. There are a few different ways to do this, and some phone-makers are offering this as a built in feature. In other cases, you'll have to resort to third-party apps instead, but it's actually pretty easy to run two WhatsApp accounts on one Android phone. Sorry iPhone users, you are out of luck without resorting to the kind of methods we wouldn’t recommend.

Obviously, this method of running two WhatsApp accounts on one phone requires a dual-SIM phone - WhatsApp uses the phone number as your identity, and detects this via an SMS or call, so it has to be a phone with two SIM cards, which also out any iPhone. If you have a dual-SIM phone though, then the next step should be to check your settings, because it's quite possible that the manufacturer has already created settings or dual WhatsApp.

Many Chinese manufacturers allow you to create clones of apps, which can then be used with a dual-SIM setup. For example, on Honor's EMUI skin, the feature is called App Twin. On Xiaomi phones it's called Dual Apps. Vivo calls it App Clone, while Oppo calls it Clone App. The way each of these companies has set it up varies a little, so you'll want to check specific information for your handset, but we've listed the steps for some of the popular brands first. In case your phone doesn't support this feature, there's one more workaround you can try, listed at the end.

If you have an Oppo, Xiaomi, Honor
If you have one of these phones, then the steps you need to follow are incredibly simple, and they're also very similar across all three manufacturers, which is why we've gathered them together in one place. In all three cases, you'll start by installing WhatsApp on your phone via Google Play. After that, you can clone the app in the phone's settings. 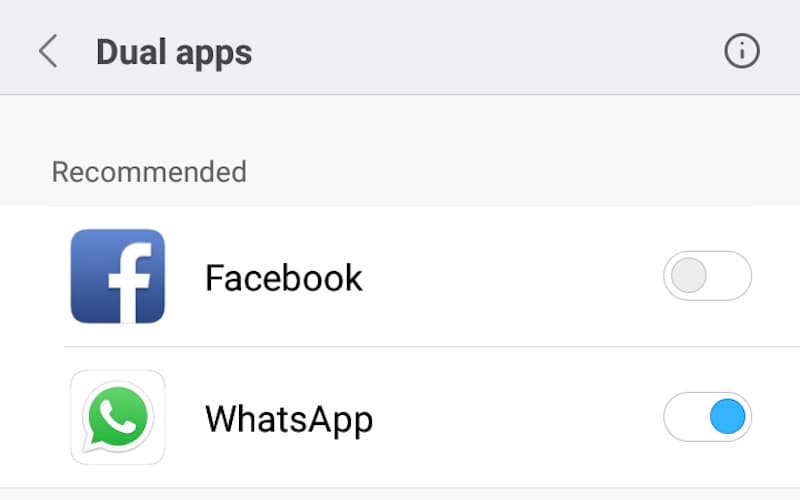 Here are the detailed steps to run two WhatsApp accounts on your Xiaomi phone, but it's very similar for the other two as well:

That's it, you're done. Check if your manufacturer supports app cloning as well, and if yes, then these steps should work to get a second copy of WhatsApp on your phone. It's a little different on a Vivo phone, so we'll just explain that first, and then talk about how to set up the second WhatsApp.

How to run two WhatsApp accounts on a Vivo phone
The steps for Vivo are very similar to other brands, but slightly different. To clone WhatsApp on a Vivo phone (we tested this on a Vivo V5s), simply follow these steps:

Okay, so at this point, you should have two copies of WhatsApp on your phone. Here's what you have to do next. 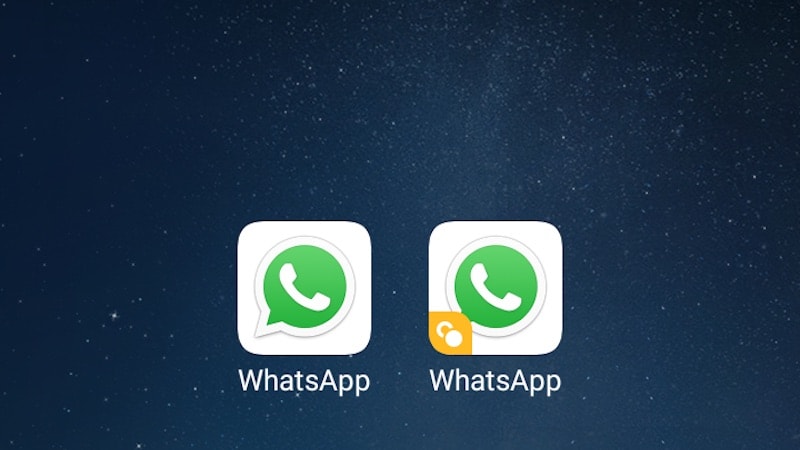 Setting up Dual WhatsApp
Setting up your second WhatsApp account is extremely simple, just like setting up the first one. In case you've got any doubts though, here are the detailed steps.

That's it - now you've got two versions of WhatsApp running on your phone. You'll be able to send and receive messages using both numbers, so it's useful if you want to separate your personal usage from your professional usage, for example.

You can also use the steps given above to install multiple copies of other apps. If you want two Twitter apps or two Facebook apps on your phone, for personal use and a business account, for example, that's easy to do following the same steps, except you'd clone those apps instead of WhatsApp, obviously.

What if my phone doesn't support app cloning?
If your phone doesn't support app cloning, there's still a couple of ways to go ahead and install a second copy of WhatsApp. You'll still need a dual-SIM phone, in order to send and receive messages from two accounts. There are a few popular methods that we found online, and the one we thought was best is an app called Parallel Space.

As the name suggests, this app creates a parallel "space" where you can install apps, which allows you to clone different apps. Here are the steps to using this app: 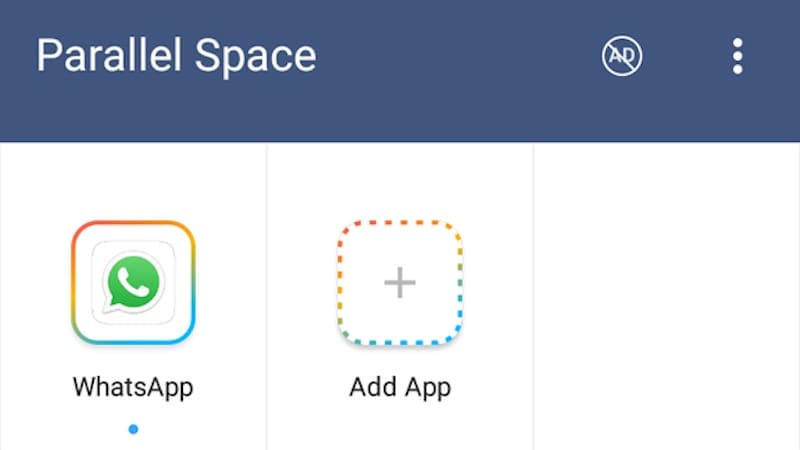 That's it, you can use WhatsApp and other apps by accessing them through the Parallel Space app. The app is free but ad-supported, although ads can be removed with a subscription available as an in-app purchase; it's Rs. 30 per month, Rs. 50 for three months, Rs. 80 for six, and Rs. 150 for a lifetime subscription. Once again, this can also be used for apps like Facebook.

Another method which we found on a lot of sites is to install an app called GBWhatsApp, but this involves installing the app via APK, which does have a small element of risk involved. Besides that, it's only useful for a single scenario, which is running dual WhatsApp, so we believe that using Parallel Space is a better choice.

That's all there is to it. You can now start using both WhatsApp accounts at the same time. If you want to read more of our guides, check out our how-to section for lots of tips and tricks.

Dual WhatsApp: How to Run Two WhatsApp Accounts on One Phone
Comment
Read in: हिंदी