Tile's range of Bluetooth-based trackers are now available in India.

Apple's rumoured Bluetooth-based object tracker might not have launched (yet), but arguably the biggest name in the space entered the Indian market recently. Tile products are now officially available in India, although the company has not entered the country directly. Instead, it has appointed an official distributor that is importing and selling these products in the region via its own website, Amazon India, and other retail channels.

Though the Tile Mate has been available in India since its launch a few months ago, the company recently expanded its portfolio to also bring the Tile Sticker, Tile Slim, and Tile Pro trackers to the country. We've had a chance to spend some time with the keyring-shaped Tile Mate and the credit-card-like Tile Slim, and here's what our experience has been like.

At its core, the technology behind the Tile trackers is pretty simple. Each unit consists of a Bluetooth module, a tiny speaker, and a battery, along with other components necessary to keep the entire thing functional. This is all fitted into the different shaped and sized bodies of each model, ranging from the ultra-small Tile Sticker to the premium Tile Pro, with everything else in the company's lineup fitting in between.

The idea is to attach these trackers to keys, wallets, and other products that we all inevitably spend some time looking for on a regular basis. The next time you can't find any of them, you can use the Tile companion app on your phone to make the Tile tracker beep, and then follow the sound to find the product. This works as long as the thing you are looking for (and thereby its attached tracker) is within Bluetooth range (which is often the case).

It's a simple concept, and credit needs to be given to Tile for delivering on this promise with the ease of use and clarity that it deserves. To get started, you will need to download the Tile app for iPhone or Android. Upon launching the app, you will be prompted to select the kind of Tile device you are trying to add, and then to sign up for a Tile account (or sign in, if you already have one).

Pairing your Tile tracker with the app is as simple as pressing the button on the unit and following the instructions that the app shows. You can assign a custom name and category (e.g. keys, wallet, dog, luggage, backpack, remote etc.) to each tracker, and that will determine the icon that shows up next to the tracker in the Tile app. You can also associate a custom image with each tracker, such as, say, an actual photograph of the object the Tile is attached to.

That's about it, until you need to find the object that a Tile tracker is attached to. At that point, you can launch the Tile app and simply tap the 'Find' button to locate the Tile of your choice. If the said Tile is within Bluetooth range, it will immediately start playing a sound, and you can use that to find your way towards it. The volume and kind of tone that the tracker plays can be customised from within the app.

Even at their maximum volume levels, the sounds that the Tile Mate and Tile Slim make aren't very loud, which means you are unlikely to hear either of them if, say, you have your keys inside a bag that's in another room, or if you lose something under a couch cushion. (The Rs. 3,999 Tile Pro is said to have the loudest speaker of all models, as well as the longest range.) 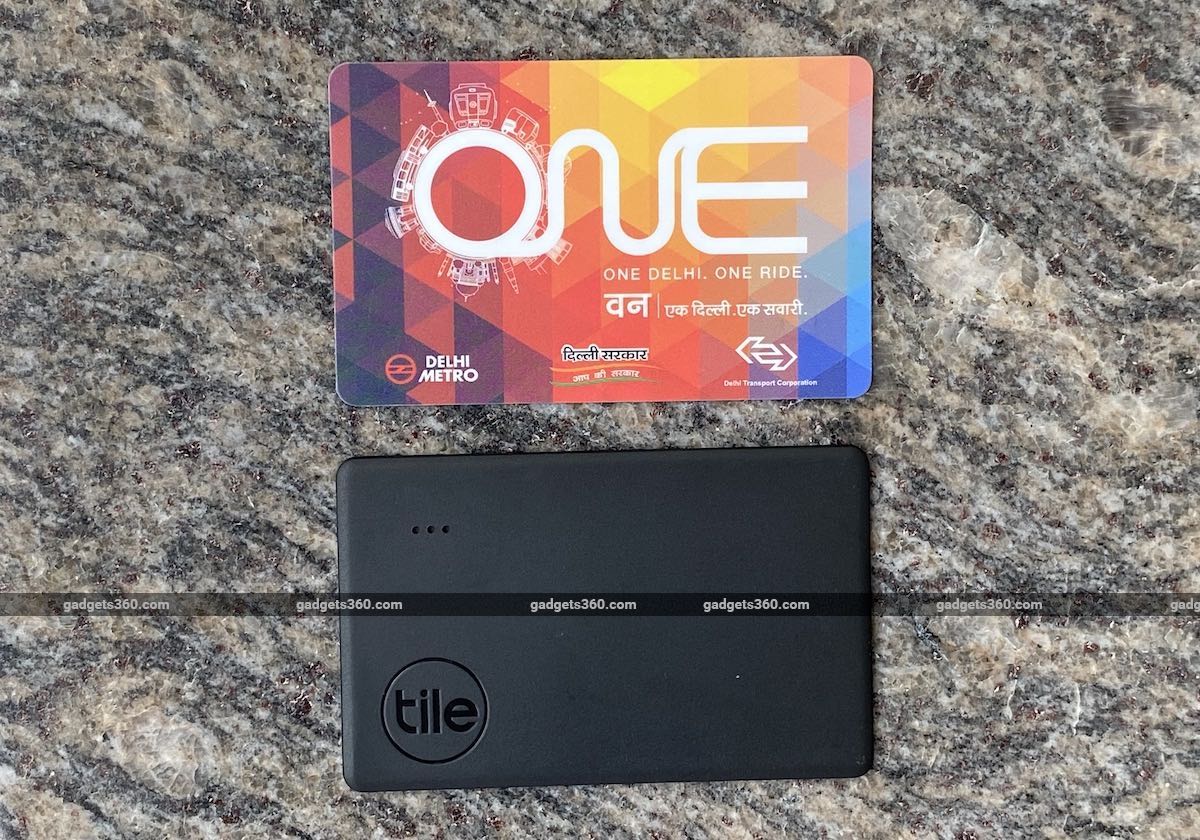 Thankfully, the Tile app uses visual cues to indicate your position relative to the object — filled circles indicate that you are close to the object (think “you are getting warmer” from the ‘Hot or Cold' game), which can be used as a guide to walk around until you are close enough to hear the tracker ring.

If the tracker is not within Bluetooth range of your phone, the app will show you its last known location, using GPS on the paired phone. For this, you (obviously) need to give the Tile app on your phone background access to your location data. You can choose to be notified when the tracker is “found” again i.e. when you move within its Bluetooth range.

If you really lose something with a Tile tracker attached — for example, if you end up leaving your keys or wallet in a cab — (other than using the aforementioned last known location feature) you can mark the tracker as lost, and pin your hopes on the Tile community to find it for you.

This means that the next time your tracker comes in contact with any phone running the Tile app in the background, you will be notified of the tracker's location. This happens without any intervention (or even knowledge) of other Tile users, so we can see this feature being useful if Tile's community gains a foothold within India the way it has in markets like the US.

All this worked as expected during our tests. Tile has also done a good job of being a good citizen of various platforms. There are native apps for Apple Watch, and there's support for Siri Shortcuts on iOS, allowing you to tell Siri to, say, “Find my Wallet” and have the tracker beep almost instantly. There's also support for Google Assistant to achieve something similar, though the Tile Alexa skill doesn't seem to be available in India yet.

If you have a Tile tracker with you, and you need to find your phone, you can just double-press the button on the tracker, and your phone will start ringing, even if it's in silent mode.

Tile notes that both the Slim and Mate models have a Bluetooth range of 200 feet (61 metres), but our tests showed that this claim is extremely generous. We found the range to be similar to that of, say, your average Bluetooth headset, and you'll obviously have a better experience with a clear line of sight. With that said, we didn't find range to be a problem.

The Tile Slim is rated to have a three-year battery life, and it will be useless once the battery runs out. Tile lets you trade in an old tracker for a discount on a newer one in other countries, but that facility doesn't seem to be available in India just yet. The newer Tile Pro and Tile Mate trackers have user-replaceable batteries that are rated to last a year each. The Tile Slim is said to be waterproof, while the Mate is only “water-resistant.”

That's the basic functionality, though there are a bunch of additional features that get enabled if you are willing to pay a recurring subscription for Tile Premium. Arguably the most significant of these is Smart Alerts, which allows you to receive notifications if you leave a location without a tracker. 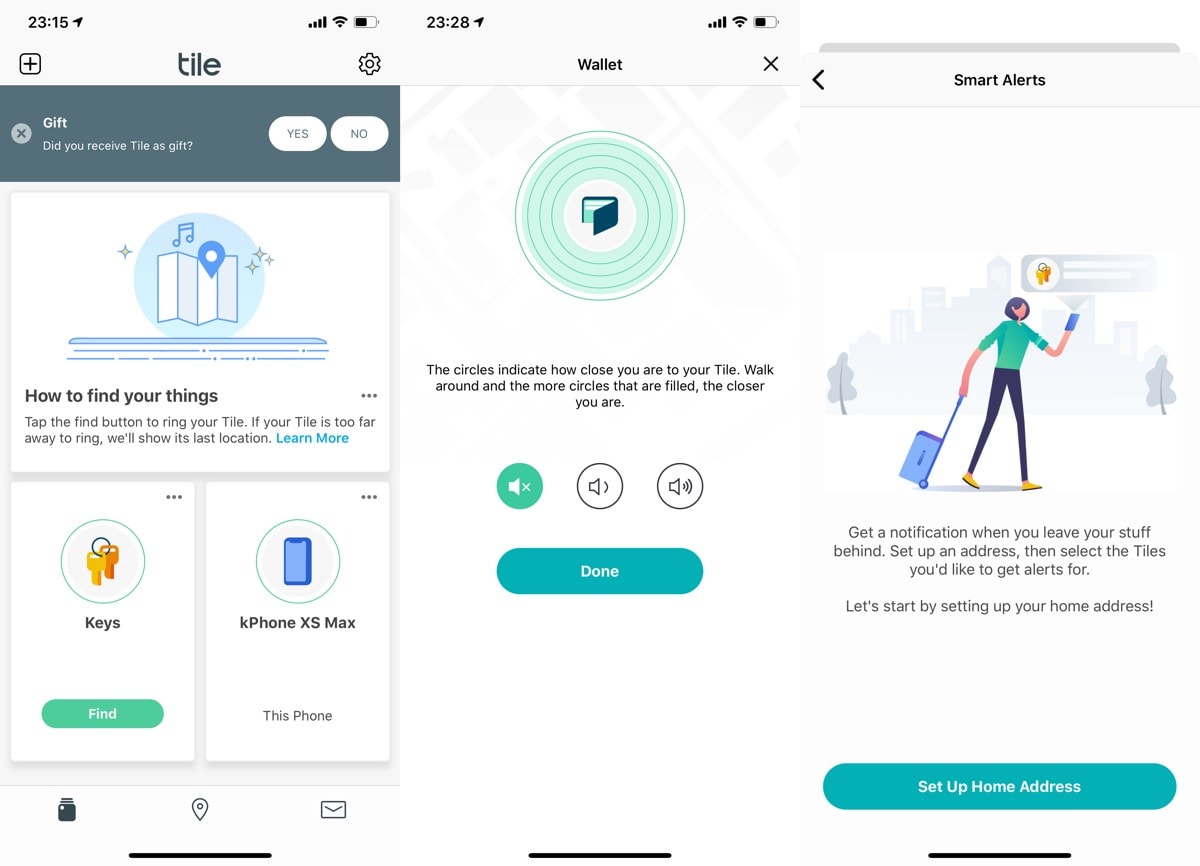 For example, we set up the Tile app to remind us if we ever left our home without our wallet (with the Tile Slim inside). This worked as advertised, though it's worth pointing out that these alerts are based on GPS-based geofencing and not Bluetooth, so we got alerts only after we'd driven a few hundred metres away from the house, or walked a smaller but still significant distance. Obviously, that's not as handy as receiving an alert as soon as one steps outside, but it's still much better than finding about a missing wallet when it's time to pay later in the day.

Tile Premium also lets you see a 30-day location history for your trackers, and you get the ability to share your Tile trackers' location data with others, so they can keep tabs on your stuff if necessary. In select markets — but not in India — users of trackers such as the Tile Mate, which have replaceable batteries, will automatically receive free replacement batteries when the app detects they're running down. The Tile app lets users set their postal address which will be used for the dispatch. Tile Premium users also supposedly get "premium customer care" and extended warranty coverage on trackers. 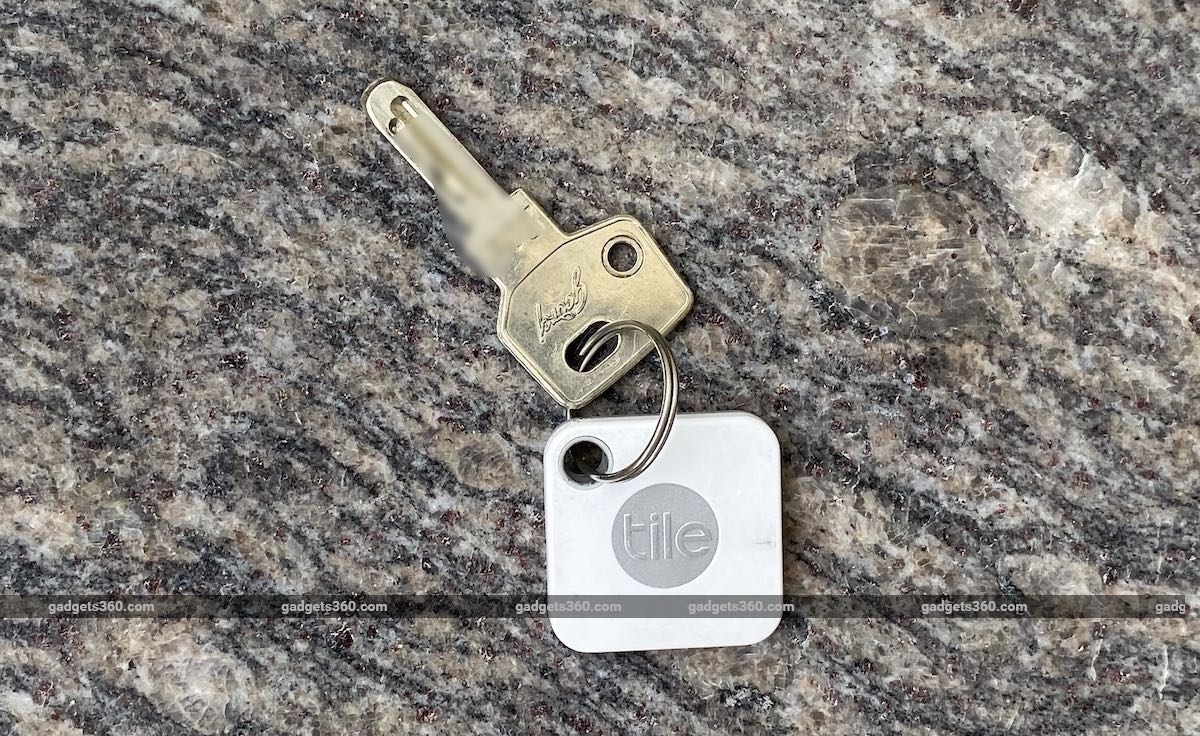 Verdict
Tile's trackers — specifically the Tile Mate and Tile Slim, which we've reviewed here — epitomise the adage of doing one thing and doing it well. Apart from their not-so-loud speakers, we have no real complaints about the trackers as they deliver on pretty much everything that they promise.

What we aren't thrilled about is pricing. At Rs. 2,499 and Rs. 2,999 respectively, the Tile Mate and Tile Slim don't sound crazy expensive, but this isn't exactly the kind of pricing that makes you want to go out and buy a bunch of Tile trackers and stick them on to everything you own. What's more, to get the most out of the trackers, you will need to buy a Tile Premium subscription. This will be an additional cost, though many users will be happy with the core functionality offered out of the box.

Tile does offer multi-packs that bring down the cost a little bit, but they still aren't as affordable as other similar products available in the market. With that said, Tile's competitive advantage is a software platform that's feature-filled as well as reliable, and potentially, the community of users that could help find your lost trackers.

Realme 5i Launch in India Today at 12:30pm: Expected Price in India, Specifications, How to Watch Live Stream
Twitter to Experiment With Limiting Replies in Effort to Combat Online Abuse