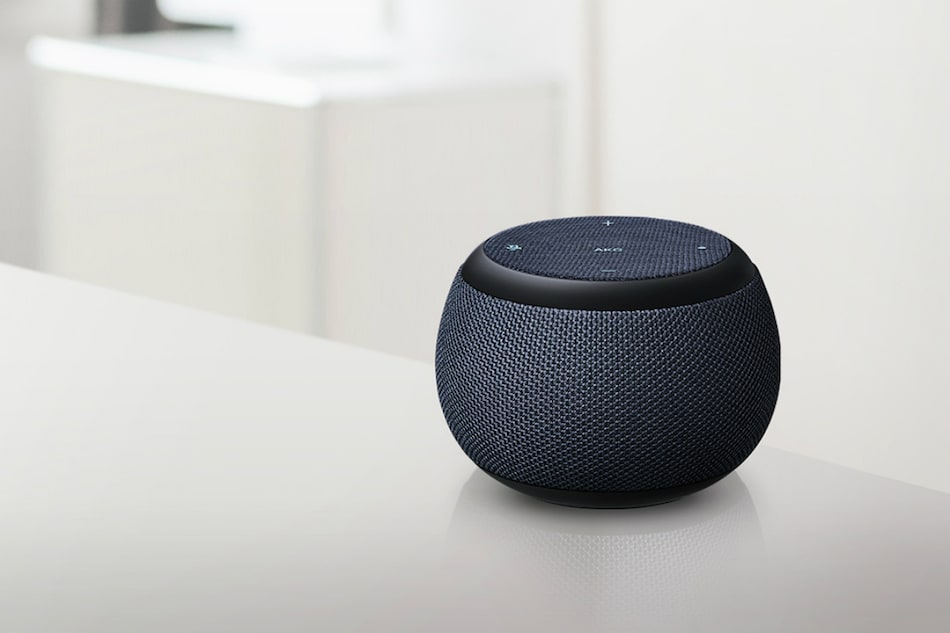 Samsung Galaxy Home Mini, the miniature version of the Galaxy Home that was unveiled back in August 2018, is debuting a day after Galaxy Unpacked event on February 11, according to a media report. The smart speaker comes with Bixby voice assistant and includes AKG-tuned speakers. In August last year, Samsung kicked off a beta programme dedicated to the Galaxy Home Mini. The speaker is designed to take on the likes of Amazon Echo Dot and Google Home Mini with a smaller presence than what was available on the Samsung Galaxy Home.

The launch event that is highly anticipated to bring the Samsung Galaxy S20 series and the Galaxy Z Flip foldable phone won't see the launch of Galaxy Home Mini, reports SlashGear, which claims it will debut a day after -- on February 12. The smart speaker is said to carry a price tag of KRW 99,000 (roughly Rs. 5,900). Details about the global debut of the Galaxy Home Mini aren't revealed, though.

Unlike the Galaxy Home that comes with a tripod legs stand, the Samsung Galaxy Home Mini has a standard flat base. The new smart speaker also has a smaller build over the standard Galaxy Home speaker that hasn't seen a global launch so far -- despite being launched officially back in 2018.

The Galaxy Home Mini was announced under a beta programme in August last year that was concluded on September 1. A glimpse of the smart speaker was also shown at the Samsung Developer Conference in October. It is designed to work with Bixby and has manual controls on the top panel, just as the ones we'll get on the Amazon Echo Dot or Google Home Mini.

Apart from providing a smart audio experience, the Samsung Galaxy Home Mini is said to come with an infrared (IR) sensor to provide a universal control functionality.

The Samsung Galaxy Home Mini debut could make things difficult for the Amazon Echo Dot and Google Home Mini that both are amongst the large selling smart speakers.