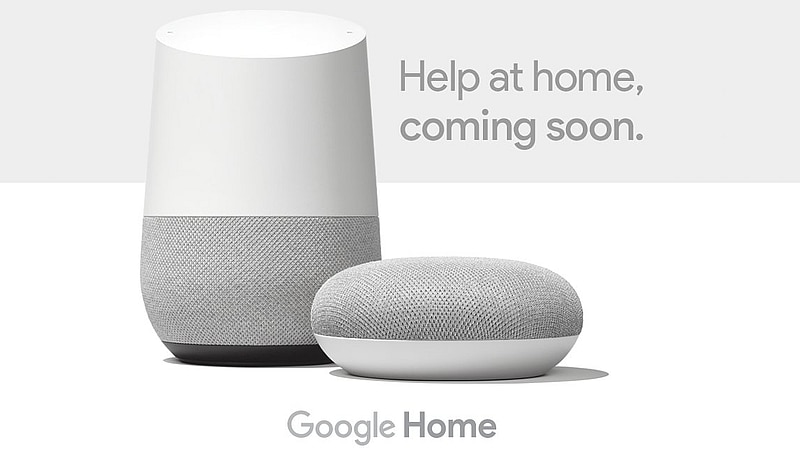 Google is all set to launch its Google Home and Google Home Mini smart speakers in India on April 10. Last week, we learnt from a communication circulated by a Google distribution partner - Redington India - to retailers, that Google was going to launch its smart speakers in the country in April. Next, Google made it all official, with a tweet on Monday that teased the arrival of the Google Home and Google Home Mini soon in the country. The Mountain View giant then went ahead and provided the launch date, with invites to media disclosing it to be April 10.

The launch of the Google Home and Google Home Mini comes a few months after Amazon launched its range of smart speakers - Echo, Echo Dot, and Echo Plus - in India.

Google had unveiled its smart speaker - the Google Home - in 2016, as a hub for the connected home. Taking on Amazon's Echo line of connected speakers that are powered by its Alexa voice assistant, Home's intelligence is powered by Google Assistant. If you buy Google Home, you will be able to interact with the device by setting it up to recognise your voice. Once the speaker becomes attuned to your voice, it will be able to pick up commands from you. The device, apart from playing music on request, can also help users manage tasks around their house and answer queries that one would generally look for on the search engine. The Google Home has interchangeable bases that come in a plethora of colours.

When it comes to the Google Home Mini, similar to the Amazon Echo Dot, it is meant to be used in more rooms, making the services of Google Home (or the Google Assistant) available to more people in a single house. The compact and affordable speaker was launched last year in October.