Google Home May Be a Flipkart-Exclusive for Online Sales in India, Assistant Adds Support for Gaana, Saavn, and Indian English 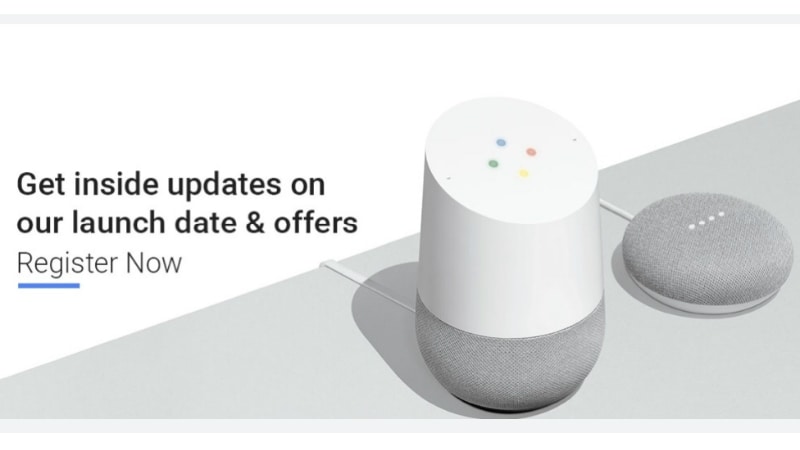 Google on Tuesday teased on social media that the company's Assistant-powered Google Home and Google Home Mini smart speakers would be sold on Flipkart once they get launched in India next week, on April 10. For now, it's not known if the online retail partnership is exclusive. The smart speakers are set to be sold offline as well, with at least one distribution partner known. In a tweet on its official Twitter account, Google India announced registrations for its upcoming speakers on the Flipkart app, which now has a landing page for the same. To recap, Google had previously sent out media invites for the Google Home launch scheduled for April 10.

According to an unverified screenshot posted by Reddit user babanomania, Google Home has apparently added support for Indian-origin music streaming apps Gaana and Saavn besides the default Google Play Music. If true, this could be a move to ease the India launch happening later this month. Amazon did something similar during the launch of its Echo range of smart speakers back in October last year, when it offered streaming via Saavn at launch.

Android Police reports that Google Assistant is set to receive support for Indian English in the coming days, as the tech giant prepares to unveil its Google Assistant-powered speakers in the country. This development comes weeks after Hindi was rolled out to Google's virtual assistant.

Google had first taken covers off of its Google Home range of speakers back in 2016 in the US. This smart speaker, with the help of Google Assistant, can perform actions like music playback, weather/ time information, setting alarms and reminders, answering queries, and making lists.