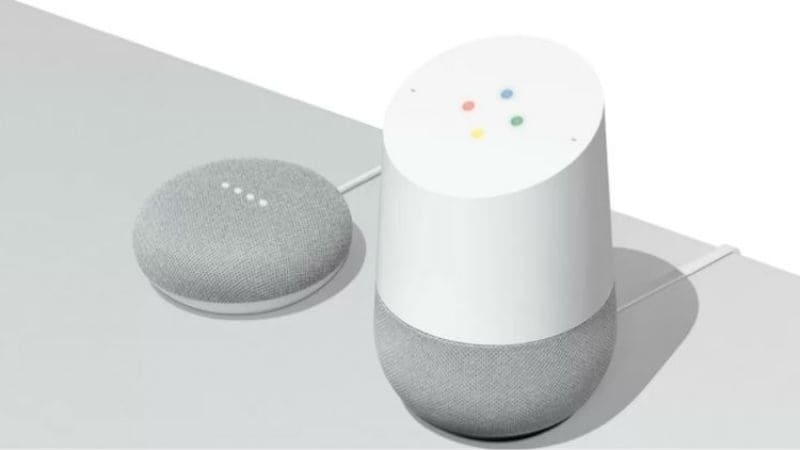 Google Home and Google Home Mini smart speakers are set to launch in India on Tuesday. Last month, we had learnt from a communication circulated by a Google distribution partner - Redington India - to retailers, that the two new devices will launch in the country in April. Following this, Google teased the arrival of the Google Home and Google Home Mini via its Twitter account. Now, e-commerce website Flipkart has listed the devices on its portal revealing their features and confirming the date.

The Google Home and Google Home Mini listing on Flipkart comes with the tagline 'Intelligence meets comfort' and the hashtag #MakeGoogleDoIt. Google had unveiled these smart speakers in 2016, as a hub for the connected home. Meanwhile, the Google Home Mini, similar to the Amazon Echo Dot, is meant to be used in more rooms, making the services of the Google Assistant available to more people in a single house. The compact and affordable speaker was launched last year in October.

With the India launch coming a few months after Amazon launched its range of smart speakers - Echo, Echo Dot, and Echo Plus - Google clearly has plans to unseat its rival in the race to bringing connected devices to users' homes. Amazon's Echo line of connected speakers that are powered by its Alexa voice assistant while Home's intelligence is powered by the Google Assistant.

Flipkart has listed out some of the features of the Google Home and Home Mini. It says that the devices make it easier to play music, cast videos, control smart home, get news updates, and more. On the page, users can register to get further updates on the launch. Notably, you can only register via the Flipkart app and not on the website.

Buyers of Google Home will be able to interact with the device by setting it up via voice recognition technology. Once the speaker becomes attuned to a user's voice, it will be able to pick up commands. The device, apart from playing music on request, can also help users manage tasks around their house and answer queries that one would generally look for on the search engine. Google Home has interchangeable bases that come in a plethora of colours.

Notably, Flipkart has not provided any information regarding the pricing of the Google Home and Home Mini. For reference, Google Home is priced at $129 (roughly Rs. 8,400) in the US and the Google Home Mini is available for $49 (roughly Rs. 3,200). It is also not clear whether Google will sell the devices only via Flipkart, or they will be available through other online and offline stores as well.