Google Home has now started supporting Hindi. The new development comes months after Google brought Hindi language support to Google Assistant. The search giant notably revealed its plans to bring Hindi to Google Home speakers at the time of their launch back in April. Separately, Google Home Hub, the touchscreen model in the Google Home family, has been found to support Duo calls - despite the absence of a front-facing camera. The Home Hub that was unveiled earlier this month to take on the likes of Amazon Echo Show and Facebook Portal is now also started shipping in the US with a price tag of $149 (roughly Rs. 11,000).

Fulfilling its promise, Google has now brought Hindi support to Home speakers. The company has leveraged the bilingual functionality of Google Home and Google Assistant's Hindi support to enable the new language for its smart speakers. As spotted by Android Police, you need to open the Home app, tap the account tab from the bottom-right corner, and then hit the Settings option. After that, go to Preferences > Assistant languages and then select Hindi as the secondary language from the list of supported languages. This will enable your Google Home speaker to speak in Hindi alongside understanding and speaking in English. 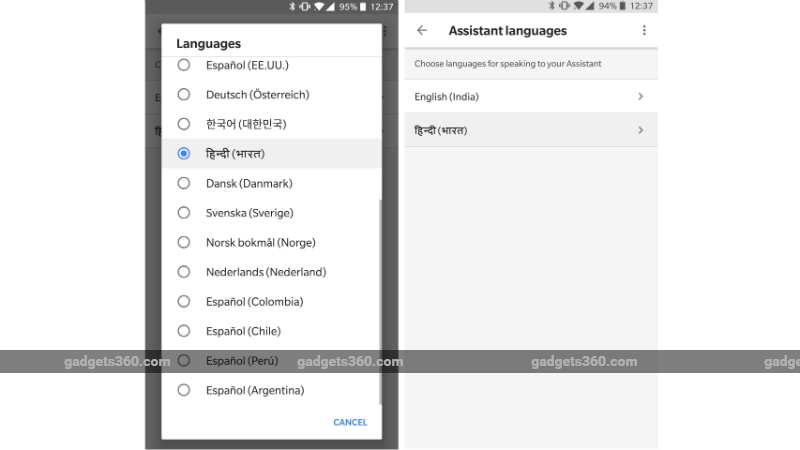 Alongside bringing Hindi support to Google Assistant, Google has revealed that it has enabled Duo calls on the Home Hub. This is interesting as the Google Duo app is essentially designed to offer video calls, and at the same time, the Home Hub lacks a camera sensor to enable video calling functionality. However, instead of bringing video calls, Google has revealed that the Home Hub will support Duo calls where the recipients will be able to see your profile picture.

A support page provided by Google highlights that the device being used to make a call to your Google Home Hub "must have a camera in order for the video calling feature to work." This suggests that Duo calls won't take place between two Google Home Hub devices. We can anticipate more clarity on Duo calls available through the Home Hub sometime in the coming future since the device has just gone on sale in the US.

The Google Home Hub is currently available for purchase in the US through Google Store and retailers such as Walmart, Target, and Best Buy with a price tag of $149. It comes in Chalk, Charcoal, Aqua, and Sand colour options. The availability comes weeks after the 7-inch smart display went for pre-orders.