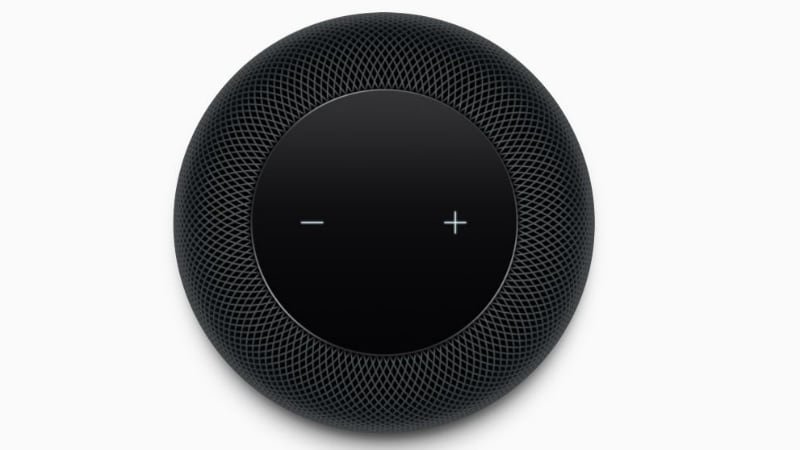 Previewed at WWDC 2017 in June last year, Apple's HomePod smart speaker is all set to see the light of day next month. The Siri-powered speaker will be available in the US, the UK, and Australia starting February 9, with pre-orders going live from January 26. Online reports suggest that the HomePod will not require an Apple Music subscription to stream music from the service; it can also stream purchased iTunes music, podcasts, and Beats 1 tracks. AppleCare+ for HomePod will cost $39 (roughly Rs. 2,500), the speaker will come with AirPlay support, and it will feature gesture controls.

Separately, Apple CEO Tim Cook in an interview to Financial Post claimed that two features set the HomePod apart - iOS integration and quality audio. According to Cook, "Apple's experience in integrating hardware with software and services will set its offering apart from similar products by Amazon and Google". He stated that HomePod focuses on immersive sound quality, which is mostly missing from the smart speaker market.

Apple Music support
According to a report by 9To5Mac, the HomePod will not require a paid Apple Music subscription to stream tracks from the service. It will work as an "independent home jukebox". It will also enable streaming for purchased iTunes albums on your Apple account. Much like iOS, it will also allow for streaming Beats 1 and Apple Podcasts without the need of Apple Music on the speaker.

Apart from that, other Siri features like weather, messages etc will also work on HomePod without a subscription. The report claims that HomePod does not appear to have support for non-purchased tracks on Home Sharing, which allows music to be accessed on the entire home iTunes library.

AirPlay support
On the official product listing page for HomePod, Apple mentions that AirPlay 2 support, which lets two compatible speakers play the same audio, and stereo sound, which pairs two compatible speakers to wirelessly create stereo effect, will arrive on the HomePod later this year. A 9To5Mac report claims that the speaker currently supports peer-to-peer AirPlay 1 that allows playback control for most audio apps (such as Spotify, Pandora, YouTube) from iOS devices.

The tech specs page on the HomePod listing reveals that the smart speaker comes with Bluetooth 5.0 support. However, we are yet to see its role in functionality.

AppleCare+
The HomePod will get AppleCare+ coverage for a price of $39, according to an internal retail note shared by 9To5Mac. The coverage will include AirPort products and offer coverage for "up to two incidents of accidental damage from handling the HomePod, each subject to a $39 service fee". It also provides up to two years of telephonic support to set up and use its features. Much like other Apple products, AppleCare+ for HomePod will reportedly not cover cosmetic damages.

Gesture controls
The official HomePod page reveals that the smart speaker will have several gesture controls placed on the top. You can "play, pause, skip a song, or adjust the volume". Single tap is for play/ pause, double tap is for next track, triple tap is for previous track, tapping the Plus button will increase volume, and tapping the Minus button will decrease volume. Siri can be activated by voice commands as well as by touching and holding the top of the speaker.