Best Smart Speakers You Can Buy in India 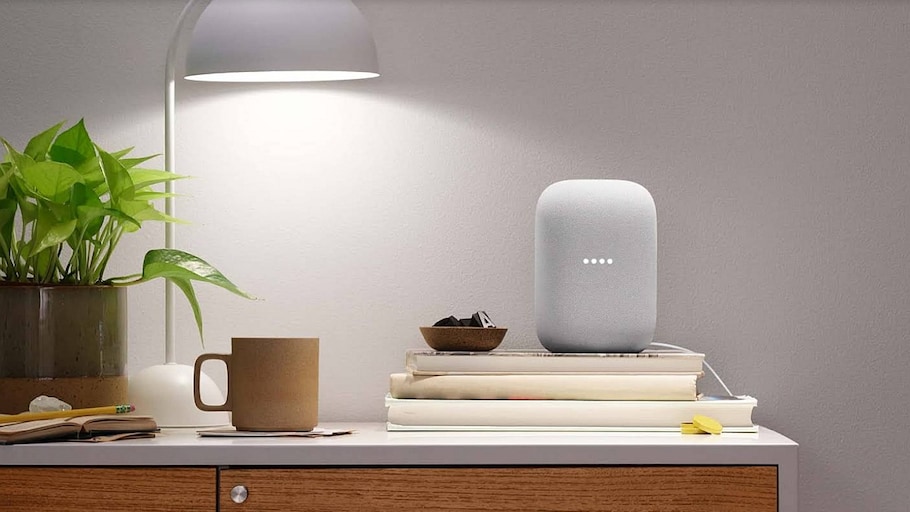 The Google Nest Audio is priced at Rs. 7,999 in India
Highlights

The Google Nest Audio is our top pick among smart speakers

A good smart speaker plays an important role in today's connected homes, giving access to music and other audio content, information, tools and utilities that are useful around the home, and the ability to control any smart appliances and IoT products you may have. Naturally, the more a smart speaker can do, the better it is. However, with audio content usually being the primary use case of a smart speaker, you also want to make sure you've got a device that sounds good.

The reliance on a good voice assistant system means that smart speakers are still largely limited to just a handful of brands. However, with Google and Amazon opening up access to their respective voice assistants to other brands, many more options are available today across price segments. Before we get to our recommendations, let's first cover the basics of smart speakers.

What is a smart speaker?

Defining a speaker isn't really necessary, but it's important to elaborate on what a ‘smart' speaker is, and how it's different from the typical wired or wireless speaker or speaker system. Apart from the ability to output audio loud enough to be heard in a small area such as a living room, a smart speaker is always connected to the Internet (usually through a Wi-Fi connection), and relies on this to access audio content, weather information, and more.

It can also use this Internet access for a variety of other functions, including providing basic information, controlling smart appliances in the home such as light bulbs, air purifiers, and cleaning robots, to even household tools and utilities such as alarms, timers, and reminders. Many smart speakers also have Bluetooth connectivity, so they can be used as traditional Bluetooth speakers.

Most smart speakers need to be connected to a wall power socket to work. There are some smart speakers that have a built-in battery and are able to work wirelessly, but this isn't too common in the segment.

Should you buy a smart speaker?

A very important requirement for a smart speaker is reliable internet connectivity, since most smart speakers can't do much without a good Wi-Fi connection. You'll also need access to audio streaming services; while there are free options, the best results come when you use a premium streaming service such as Spotify or YouTube Music with a smart speaker. Of course, you also need the right accounts set up to use your smart speaker to the best possible extent. In the absence of these, you're probably better off using a traditional Bluetooth speaker instead.

If you have smart appliances or other IoT devices in your home, a smart speaker will help you control these using just voice commands. Even being able to play particular music tracks, playlists or genres with only your voice is a very useful feature that will make your listening sessions a lot more seamless. Finally, streaming music and other audio content over Wi-Fi allows for higher bandwidth compared to Bluetooth, so you'll get better sound quality while still enjoying the benefits of wireless streaming and connectivity.

Available in two colours - Chalk (white) and Charcoal (black) - the Google Nest Audio stands upright on a tabletop, and looks great with its fabric-wrapped exterior. There's just one physical switch at the back to mute the microphone, while the top of the speaker has a touch sensitive area to control playback, volume, and basic functions. All of this makes for an efficient design that encourages you to rely on your voice to control the speaker, and voice commands do work very well on the Google Nest Audio.

Apart from the fact that the microphones are able to pick up sounds from across a room, Google Assistant is also constantly improving and works very well on the Google Nest Audio. It's easy to set up Google Assistant to control smart appliances, and basic commands and queries usually register perfectly with just one attempt. Apart from linking a streaming service and requesting audio tracks, playlists, artistes, and genres, there's also Bluetooth connectivity and Chromecast Audio support, giving you plenty of options for how to stream music on the device.

Sound quality is a big factor that makes the Google Nest Audio one of our favourite picks among smart speakers. The sound is loud, detailed, and refined, matching the kind of sound quality you could expect from a wired speaker system around the same price. Of course, the sound quality is best when using Wi-Fi to stream, but it sounds decent enough over Bluetooth as well. All of this makes the Google Nest Audio our top pick among smart speakers.

With an impressive five-driver setup that includes three mid-range drivers, one tweeter, and one subwoofer, the Amazon Echo Studio offers loud, clean, and engaging sound, significantly better compared to everything else in the segment. Combine this with the benefits of Amazon's Alexa voice assistant, and you have a smart speaker that does practically everything you want, and sounds great while doing it. You can even link the Amazon Echo Studio to a Fire TV device wirelessly, letting you use it as a sound system for your television, although we did face occasional lag in the sound with this setup.

Perhaps the only real drawback is the price; you can buy a pretty decent soundbar or speaker system for the same price, and despite all of its good qualities, the Echo Studio is just a single speaker after all. However, it's the absolute loudest and best-sounding single-box smart solution you can buy right now, and deserves a place in our top picks for this reason.

Apple isn't as strong in the smart speaker segment as Google and Amazon, but the HomePod range did receive a big update recently. Priced at Rs. 9,900, the Apple HomePod mini is smaller and much more affordable than the HomePod, making it much more accessible and easy to use. It's also ideal for users who are heavily invested in the Apple ecosystem, since you'll need an iOS device and an Apple Music subscription to make the most of the smart speaker.

The smart speaker uses Apple's Siri voice assistant, and just like other similar assistants , this can be invoked hands-free using the ‘Hey Siri' command. To play specific tracks, you'll need a paid subscription to Apple Music, since the smart speaker does not support any other streaming services such as Spotify or YouTube Music. Apple has notably stated that its Lossless Audio tier will be supported on the HomePod mini with a future firmware update.

You can also use two HomePod mini speakers as a stereo pair. We did face some issues with connectivity when using stereo pairing, and smart capabilities are basic at best because of the limited support for IoT appliances and devices. However, sound quality is excellent for the size and form factor, and the HomePod mini works very well within the Apple ecosystem, making this a good pick if you already have Apple devices at home.

Most smart speakers don't have batteries built-in, and need to be plugged into a wall socket to work. However, there are a few options that can be used as smart speakers with full functionality, completely off the wire. The best of these options, in our opinion, is the Sony SRS-XB402M, which is priced at Rs. 19,990.

This is an impressive smart speaker for a number of reasons, including access to Amazon's Alexa voice assistant directly through Wi-Fi connectivity, the ability to use Spotify's Connect feature to stream over Wi-Fi, IP67 dust and water resistance, and good sound quality. The built-in battery means that you don't need to keep the Sony SRS-XB402M plugged in all the time, making this a good option for outdoor use.

There is, of course, traditional Bluetooth connectivity apart from the Wi-Fi-based functions. However, the high price of the Sony SRS-XB402M, and the fact that Alexa's communication features don't work on non-Amazon devices do hold this completely wireless smart speaker back a bit.

Smart speakers come in all sizes and shapes, but most options priced at under Rs. 5,000 are small and only really capable enough for desktop or bedside use. The Mi Smart Speaker is an exception to that trend, offering loud, capable sound that rivals the Google Nest Audio, but is priced competitively at Rs. 3,499. It's a full-fledged smart speaker with access to Google Assistant, and 12W of rated sound output.

While the sound occasionally lacked refinement and the design is a bit dull as compared to the better looking fabric-wrapped options from Google and Amazon, the Mi Smart Speaker is a value-for-money option with loud, enjoyable sound, and useful smart functionality. It's the one to go for if your budget is tight.

Amazon Fire TV Cube (2nd Gen): This isn't exactly a smart speaker; it's a streaming device with some smart speaker capabilities including hands-free access to Alexa. However, it serves the purpose quite well once connected to a TV or home entertainment setup, and does practically everything you want including TV controls for Rs. 12,999.

Google Nest Mini: Among the smallest smart speakers you can buy right now, the Rs. 3,999 Google Nest Mini is the right size for desktop or bedside use. However, sound quality is quite ordinary, even for the price and form factor.

Apple HomePod: Apple's larger smart speaker is bigger than the HomePod mini, and appropriately louder as well. However, at Rs. 19,900, the HomePod is expensive for a speaker that is inextricably tied to the Apple ecosystem. Keep in mind that it's been officially discontinued, so finding one will be a bit difficult.

Is HomePod mini the best smart speaker under Rs. 10,000? We discussed this on Orbital, the Gadgets 360 podcast. Orbital is available on Apple Podcasts, Google Podcasts, Spotify, and wherever you get your podcasts.

Ali Pardiwala Email Ali
Ali Pardiwala writes about audio and video devices for Gadgets 360 out of Mumbai, and has covered the industry for a decade now. Ali is a Senior Reviewer for Gadgets 360, where he has regularly written about televisions, home entertainment, and mobile gaming as well. He is a firm believer in 4K and HDR on televisions, and believes that true wireless earphones are the future of the personal audio industry. Ali is available on Twitter as @AliusPardius and on email at alip@ndtv.com, so do send in ...More
Advertisement
Advertisement
Best Deals of the Day »