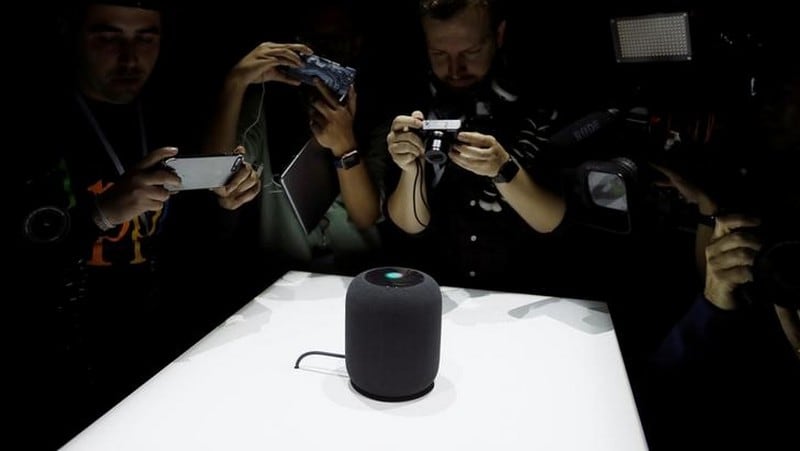 Apple's new HomePod speaker was praised by early reviewers for its audio quality but panned for its integration with the company's Siri digital assistant.

The company's latest hardware product arrives for pre-order customers and in stores on Friday, a late entrant in the smart speaker market led by Amazon.com's Echo devices and Google's Home gadgets.

"The HomePod sounds noticeably richer and fuller than almost every other speaker we've tested," The Verge wrote. It beat out the Sonos One, Google Home Max, the Amazon Echo, and standard Google Home in audio quality, the site said. The Sonos Play:5, an internet-connected speaker without a digital assistant that costs $500 (roughly  Rs. 32,000), versus the HomePod's $350 (roughly Rs. 22,500) price, was the only device tested that matched the HomePod's audio prowess, according to The Verge.

The Apple speaker was less capable when it came to its integration of the Siri voice assistant, according to some reviews. The speaker can't be used to call an Uber or Lyft, unlike the competition. Phone calls through the speaker must be initiated from a connected iPhone, and the quality of Siri overall is subpar, the reviewers said.

"Compared to Alexa, Siri sounds horrid," Pocket-Lint wrote. "Words are hacked together, things aren't pronounced correctly, and everything sounds abrupt." Siri on the HomePod can't differentiate between voices or handle calendar tasks, like the competition, according to CNET.

"Siri has been behind its competitors for some time now, and the HomePod doesn't move it forward in any notable way," The Verge wrote.

The HomePod is meant for Apple users, and it only syncs with iPhones. Despite Apple's Music streaming service being available on Android smartphones, an Android user can't set up a HomePod. The HomePod also exclusively uses Apple Music, so Spotify and Pandora users won't be able to control their music from the HomePod, limiting the device's broader appeal. (Users can stream other music services on the HomePod through their iPhones, but not fully control those apps with voice).

Two key HomePod features aren't available initially and will be added in a pair of software updates this year, Apple said. A feature for pairing two HomePods to create stereo sound will come first, Apple told TechCrunch, while a second update that lets users link HomePods placed in different rooms in a single home, will come later.