At the Amazon event on Thursday in Seattle, United States, Amazon launched a bunch of new Alexa-powered devices — some of which are already available in India and a couple of others coming soon — and a few software enhancements as well. Here's a quick recap of everything that Amazon launched at the event.

New generation Echo Dot
Amazon revealed at the event that Echo Dot is its best-selling speaker ever. The new Echo Dot has a completely new industrial design, changed to a 1.7-inch driver designed to deliver better sound. Like before, you can connect to other speakers via Bluetooth and audio apps. The price is $49.99 in US and it'll ship soon to every country where Echo Dot is available around the world. It's already available for pre-order in India at Rs. 4,499.

Echo Sub
Amazon also launched an Echo Sub sub-woofer, which allows you to create a 1.1 speaker combo or a 2.1 speaker combo with existing Echo speakers. With that, Amazon will now also let you pair two Echo speakers and build them as a left-right pair. Echo Sub will be available later this month, with pre-orders starting today, at a price of $129.99. It is available for pre-order in India right now at Rs. 12,999. 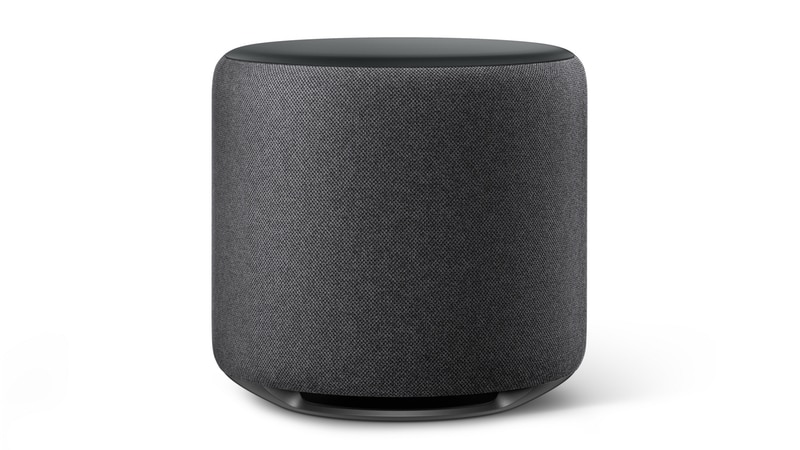 Echo Plus
A brand new Echo Plus was also launched at the Amazon event in the US. The Echo Plus now delivers better audio quality, according to Amazon, and comes with a fabric finish. Echo Plus will be shipping next month at $149.99 in every country that Alexa is available in today. It's available for pre-order in India at Rs. 14,999.

Echo Input is Dot without speaker
Amazon also launched a new product called Echo Input, which is like an Echo Dot without the speaker. This will be bundled with speakers from companies such as Bose. It'll be available later this year in US, UK, and Germany for $34.99. It will be available in India next year.

Echo Show
Amazon announced an all-new redesigned Echo Show, which claims to offer much better sound, a bigger screen, and has a fabric finish. The new Echo Show has a 10-inch HD display, with an 8-mic array. The price of the Echo Show is the same as before o.e. $229.99. US, UK, Japan and some other markets are getting pre-orders today and it'll ship in those markets this year. It will come to India early next year.

Tap to Alexa is a new feature for Echo Show that wakes the device when you tap it. Echo Show gets Amazon Silk and Firefox browsers as well. The Echo Show will answer your questions with beautiful graphics, Amazon said. Alexa Presentation Language, a set of developer tools was launched to allow developers to make new presentations. It will allow developers to write your visual skills.

There's a new API called Alexa Doorbell API, if someone rings your doorbell then it appears on your Echo Show. 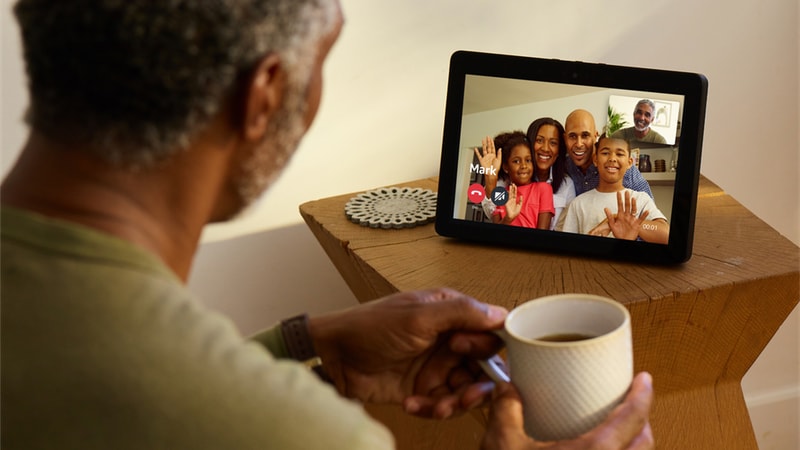 Amazon Echo Show is coming to India in 2019

Amazon Smart Plug
The Amazon Smart Plug is a like a regular plug that you connect to a wall power outlet, but it can be triggered via Alexa. You can name each Smart Plug via Alexa - so the plug for bedroom lights, bathroom lights, and the living room AC can all have different names and Alexa can activate them individually as per your voice commands. The Amazon Smart Plug is priced at $24.99 and it will start shipping in October 2018, with US pre-orders open now. As part of the demo, Amazon's Dave Limp setup a brand new Smart Plug and an Echo speaker was able to identify it within 30 seconds, and Alexa suggested that it should be renamed to “Bedroom Light”. Just like that, the smart plug became useful, or at least that's how it looked during the demo.

Echo Wall Clock
Another interesting product that was launched at the event was the Echo Wall Clock. If you ask it to set a timer, LEDs glow on the minute indicator to show you if the timer is on. The clock can take commands via Echo speakers, which it connects to via Bluetooth. Echo Wall Clock will be shipping later this year at $29.99. 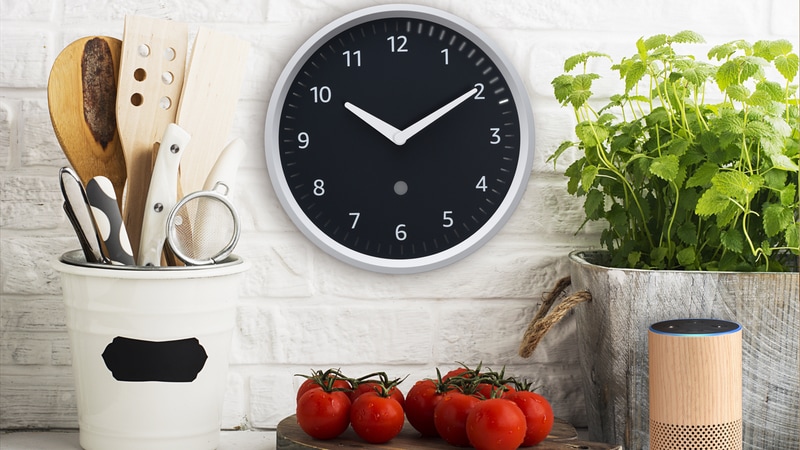 The Echo Wall Clock is not coming to India

Alexa is also more conversational. A new feature called Follow-Up is bringing contextual conversations to Alexa. “What's the weather in LA?” leads to info, “how far is it?” leads to the answer, and “recommend a restaurant there” will give eatery suggestions.

Amazon FreeTime gets more features
Customers young and older love Alexa and we want to make it even more accessible as we go forward, Dave Limp, SVP of Devices & Services said. Alexa is more natural now, and more fun, he said. Kids podcasts such as Story Pirates to be added to Amazon FreeTime, which allows parents to create a personalised experience for kids and choose the content they can access. Over 1000 Audible books are also being added to Alexa Free Time.

No Internet? You can still trigger your smart home
A new capability called Local Voice Control allows you to stay “Alexa turn on the lights”, etc. even when the Internet goes down. The limitation is obviously that not all the commands will work as expected and this feature will improve as more commands are added to Local Voice Control. This feature works only with smart home controls, and not with regular Alexa commands.

Alexa Guard
Amazon also launched a feature called Alexa Guard. It's a feature that allows you to keep your home more secure, Amazon said. You say a phrase such as, “Alexa I'm leaving”, which puts your smart home devices on guard mode. Alexa will intelligently randomise smart lighting at your home when in guard mode, to deter intruders. You will get smart alerts when it hears breaking glass or detects smoke. It will also be integrated with products such as the Ring doorbell that was acquired by Amazon.

Fire TV Recast
Fire TV Recast is a new device from Amazon, which allows you to take over-the-air TV and deliver to your Echo Show. You get a DVR menu on your Fire TV and record the programs you want to watch later. Fire TV Recast starts at $229.99 for two tuners and a 500GB DVR.

Echo Auto
The final thing Amazon announced at the event was Echo Auto. Comes with a dash mount and it comes with a new real-time OS from Amazon. Powered by Free ArtOS, a new AWS realtime operating system.

You get into the car, insert your key and Alexa is ready. Echo Auto can connect via Bluetooth LE, the aux input as well. Alexa can also give turn-by-turn navigation directions. It can be integrated with Waze, Google Maps, and Apple Maps. Echo Auto will be available at an invite price of $24.99 this year, and the regular price is $49.99 once the invite period is over. 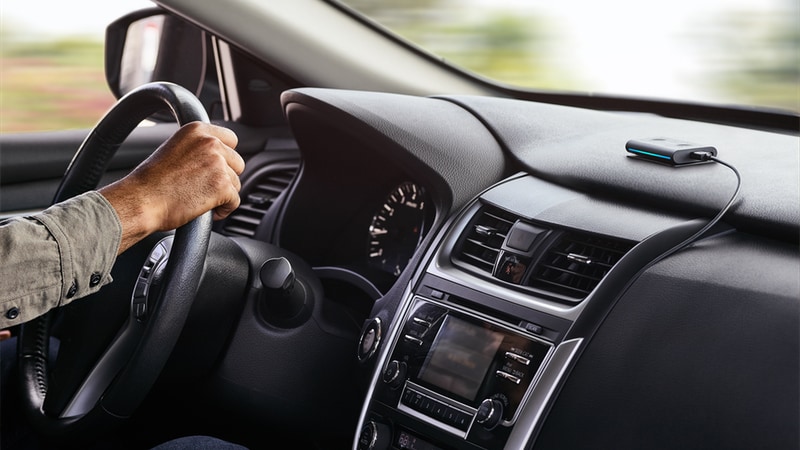 Location-aware Alexa
In rolling this out, Amazon is making Alexa location-aware. So you can now tell Alexa, “do X thing when I leave my home”. Delayed actions are also a part of Alexa routines, “When I leave my house, leave lights on for 45 minutes.” Alexa can also tell that you are talking about different items when you say something like, “Please add milk, butter, and eggs to my shopping list.”

Alexa Hunches
Alexa Hunches was also launched during the Amazon event. When you give Alexa commands such as, "Alexa Good Night" to trigger a bunch of actions while you go to sleep, Alexa will be able to tell you which of your lights are on or locks is open. If you forgot to switch something off, Alexa will remind you about that. It'll improve with time, Limp said on stage.

Amazon Music enhancements
Amazon Music will now give you new release notifications. “Alexa I'd like to follow Imagine Dragons” and you'll get notified when new songs are released. Alexa Music Skills API is a self-service API to be able to be a first-class citizen on top of Alexa. Tidal will be the first company to use this API.

Other stuff
Billions of new facts have been added to Alexa, and in the last month Alexa has begun learning fantasy sports and calculus. Alexa is more opinionated now and more personal. Alexa is beginning to learn favourite beers, and earlier this year, Alexa got a feature called remember this for it to remember personal things about you.

Amazon is also rolling out a new API SDK for OEMs to add multi-room music to their speakers, and the API is available for developers and speaker makers for free, starting with Harman Kardon Allure later this year.

Disclosure: Amazon sponsored the correspondent's flights and hotel for the event in Seattle.