Drones Are Coming, for Better and for Worse

When we talk about drones, also referred to as unmanned aerial vehicles (UAVs), it conjures visions of anonymous flying machines, used for aerial surveillance, spying, and even assassinations. UAVs like the American MQ-1B Predator, Israeli UCAV Searcher 1, or the Panther are used for armed reconnaissance and targeted killings.

But not all drones are used to carry out governments' dirty work. Today, drones are gaining importance in the civilian world. Commercial drones find use in movies, for photography, and even studying environmental changes.

(Also see:  CNN to Research Drone Use in Journalism)

The use of drones, both in terms of numbers and usage is growing rapidly. One reason for this is the huge investment made by companies like Amazon and DHL, which want to use drones for deliveries.

Amazon's announcement of delivery drones has opened the flood gates of an untapped market. Everyone has just jumped in thinking about making quick money. The race is on among various competitors to provide a cheap alternative to expensive military drones. 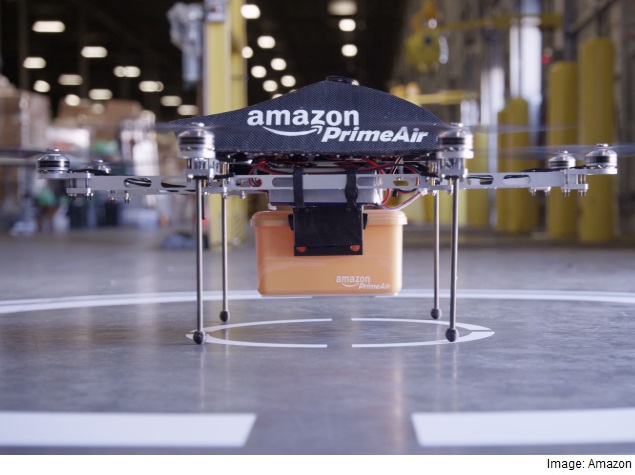 But with more and more companies and individuals investing in their own drones, the legal implications of using these devices are also getting more complicated than ever.

Having a drone has become cool, but these devices are pretty useful too. For example, drones like DJI Phantom 2 Vision Plus are used for managing traffic or even for crowd control during festivals.

Drones can peek into hurricanes without the risk of endangering human life. They can spy on storms and give valuable data about how they evolve. Drones are also being used for wildlife conservation. Some companies are using drones for 3D mapping, which helps in studying the changing landscape.

Drones were recently used in search and rescue mission in the aftermath of the Nepal earthquake. Apart from this, drones are also finding a place in farmers' fields.

But all this can't take away from the fact that UAVs also pose unique dangers to society, which need to be addressed before they see widespread use.

Privacy and safety
First and foremost, drones represent a threat to our privacy. They can be used for domestic surveillance - by the government, companies, or even individuals. Drones mounted with cameras that provide real-time video streams could pose a serious threat to your privacy as well as security. 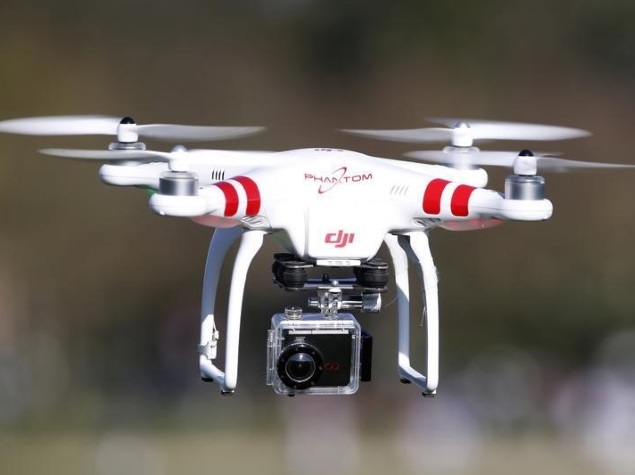 Private detective agencies could use drones to watch people without our even knowing about it. Imagine a situation where a drone flies over a private property and peeks into someone's house. You don't even know that you are being spied upon, or by whom. Criminals could use drones for stalking and harassment. The bottom line is if you invite a friend over for a party, a drone should not be on that list.

Aside from privacy, safety is a real concern when talking about drones as well, for two reasons. For one, many drones are small enough that they can slip past radars, and strike from a safe distance. They could be rigged up with homemade explosives by criminals or terrorists to wreak havoc with ease, delivering a lethal blow with pinpoint accuracy from a safe distance.

Then there's the question of hacking. If drones become widespread, they could easily be the next big target for hackers. Jamming the drone's GPS signal could result in the drone drifting away from its true goal.

The best example of this type of electronic ambush is what allegedly happened to an American drone in 2011. Iranian engineers claim to have managed to capture a US drone. They jammed the drone's communication link. With communications down, the drone switched to auto pilot mode. Then they fed the drone's GPS with false coordinates and fooled the machine into landing in Iran. 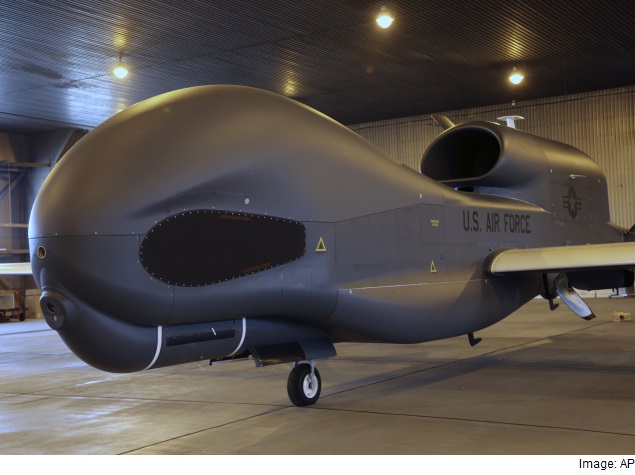 Something similar could happen to a civilian drone. For example, let's say a delivery drone used by Amazon is hacked. The hacker could steal its cargo, might run off with the machine itself, or could even use the drone for illegal purposes. They could even use the drone for corporate espionage. Hackers could infect a drone with malware to steal its data and sell it in the black market to the highest bidder.

But even if there's absolutely no malicious intent involved, safety is still an issue. A drone is a flying machine that requires airspace, and so drones have become a major threat for the aviation industry.

With cheaper drones entering the market every day, aviation experts and pilots are becoming more concerned about the safety of planes. If just one of them goes into a jet engine by mistake, then it's all over for the plane.

We could just operate them at lower altitudes, but that is also risky. The best example would be what happened with the singer Enrique Iglesias during a recent live performance, when he got first-hand experience of what happens when drones go haywire.

How can we manage drones?
It's clear that before drones begin to be used widely, we have to start thinking carefully about a framework under which they can operate. One step that we should definitely take is to work out a system of tracking drones in any given area, so there is some accountability for their movements.

Speculating wildly, one way of tracking drones could be with the help of mobile towers, with the cooperation of the telecom companies. These firms are already tracking mobile phones, and if a communication link is required for all new drones that connects to mobile towers, it will be possible to trace drone movements. 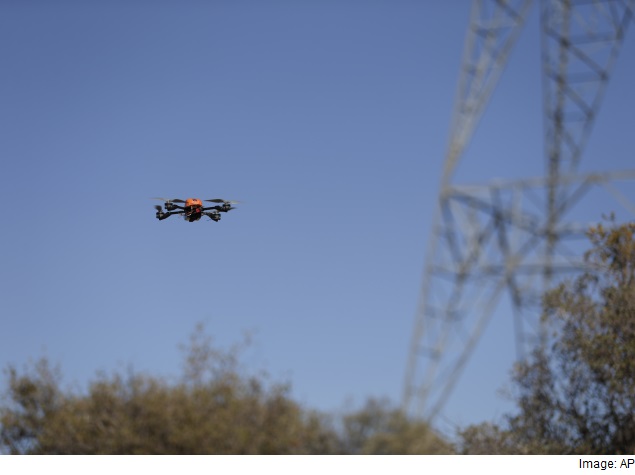 UAV's with cellular access to Internet will be far easier to locate, and track in case of any mishaps in the flight.

It's just as important to ensure that not everyone is allowed to fly a drone. Sure, there's little harm that can be done with a palm-sized remote-controlled quadcopter, but what about a large UAV which you can accidentally do some serious damage with?

Perhaps we should setup some sort of training schools like the ones used to train commercial pilots. Those interested in flying drones should be mandated to enrol at one of these institutions. On completion of training, you get a license and become a certified drone pilot.

This way the government could at least keep track of some if not all the owners of the drones flying around. But I still think it's a bit far-fetched. I mean what about cheap foreign drones that are not registered? What about DIY drones, something that is becoming increasingly more likely as we make advances in 3D-printing? Who's going to keep a tab on them? 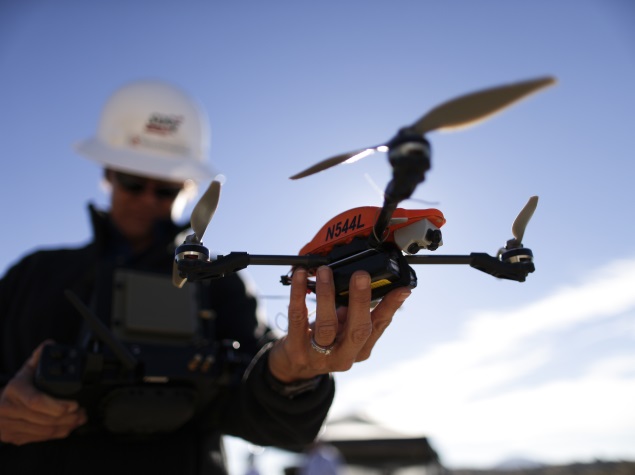 Drones are still evolving, and are in their very initial stages now. Before we are overrun by them, we need to have rules to guide their use as well. So far, the world seems to be taking its cues from the American Federal Aviation Administration (FAA). The FAA has established a regulatory framework for drones, that other countries can also look at as a template to build upon, but can these rules keep up to the changes in technology, or will the rules quickly become obsolete?

With a serious question mark on privacy and safety the, future of drones looks a bit uncertain but with the help of big businesses, they're definitely going to find more and more use. Drones will exist both in military as well as civilian fields. People will have to come up with an elaborate plan to regulate the airspace so that they can track every single drone. They will have to come up with no fly zones.

And if a drone would enter such no fly zones, people would have the authority to bring it down.

For drones and humans to coexist we need complete and absolute control over UAVs. To fulfil such a herculean task would need lot of money, time, and manpower. Till then we'll kind of have to get used to these flying machines silently moving around in our neighbourhood. And hope they are not involved in any harmful incident which might lead to a knee-jerk reaction, resulting in an immediate ban.