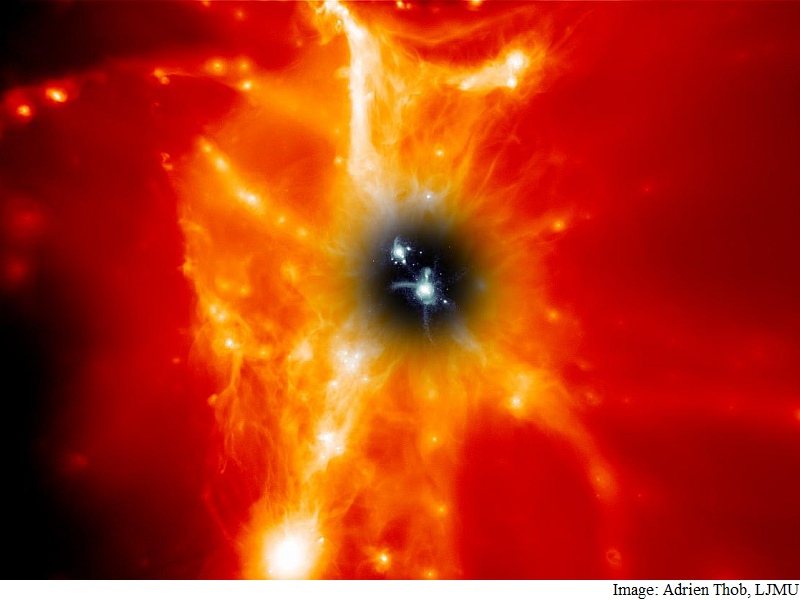 Galaxies "waste" large quantities of heavy elements generated by star formation by ejecting them up to a million light years away into their surrounding halos and deep space, says a study.

More oxygen, carbon and iron atoms exist in the sprawling, gaseous halos outside of galaxies than exist within the galaxies themselves, leaving the galaxies deprived of raw materials needed to build stars and planets, the findings showed.

"Previously, we thought that these heavier elements would be recycled into future generations of stars and contribute to building planetary systems," said lead author of the study Benjamin Oppenheimer from University of Colorado Boulder (CU-Boulder) in the US.

"As it turns out, galaxies are not very good at recycling," Oppenheimer pointed out.

The near-invisible reservoir of gas that surrounds a galaxy, known as the circumgalactic medium (CGM), is thought to play a central role in cycling elements in and out of the galaxy, but the exact mechanisms of this relationship remain elusive.

The researchers used data from the Cosmic Origin Spectrograph (COS), a $70 million instrument designed at CU-Boulder and built by Colorado-based Ball Aerospace Technology Corp, to study the composition of the CGM.

The instrument is installed on Nasa's Hubble Space Telescope and uses ultraviolet spectroscopy to study the evolution of the universe.

After running a series of simulations, the researchers found that the CGMs in both spiral and elliptical galaxies contained more than half of a galaxy's heavier elements, suggesting that galaxies are not as efficient at retaining their raw materials as previously thought.

The findings appeared in the journal Monthly Notices of the Royal Astronomical Society.
Comments