Secretive Space Drone Just Broke Its Own Orbit Record, and Almost No One Knows What It's Doing

The X-37B has been the subject of intense speculation since its maiden mission in 2010. 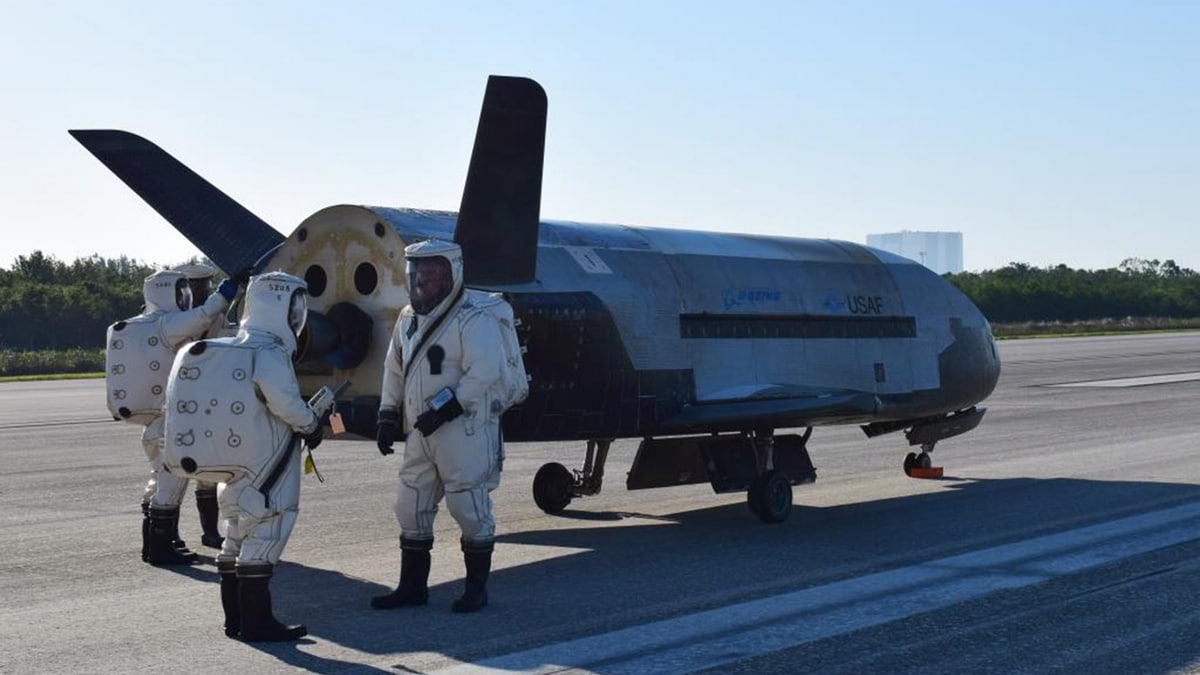 The X-37B - the Air Force's ultra-secretive, astronaut-free spacecraft that looks like a miniaturized space shuttle - just broke its own flight record of 719 days in continuous orbit.

What, exactly, the experimental spacecraft has been doing for almost exactly two years straight has puzzled analysts who can only speculate about the Pentagon's ambitions over the low-orbit vehicle.

The Air Force has said, "The primary objectives of the X-37B are twofold: reusable spacecraft technologies for America's future in space and operating experiments which can be returned to, and examined, on Earth."

In September 2017, defense officials said the X-37B's mission - its fifth since 2010 - would demonstrate the potential for getting to space quickly and "on-orbit testing of emerging space technologies" while testing experimental electronics in zero gravity.

Its playground is an important one, and may provide clues to the spacecraft's true mission and what payload it may carry. Low Earth orbit is where the International Space Station circumnavigates the planet, and where many military and commercial satellites are situated.

And as future conflict increasingly has a dimension in space, war outside our atmosphere could be focused on killing vital surveillance and navigational satellites to give terrestrial armies an advantage.

Scaling down big, unwieldy satellites to smaller, equally capable satellites to get lower in orbit makes a lot of sense when you need higher resolution images of, say, missile launch sites in North Korea or Chinese operations in contested areas of the South China Sea.

Lower orbit requires more maneuverability, which means more fuel, Air and Space magazine reported. And the X-37B is using Hall thrusters that use an electric field to accelerate xenon propellant, which means more intricate movements can be done without relying on a lot of fuel on board.

That application would be prized on reconnaissance satellites that need to stay low for years, the magazine reported.

The X-37B, a diminutive spacecraft with less than a 15-foot wingspan, has been the subject of intense speculation since its maiden mission in 2010. And the Air Force has relied on SpaceX to get it to space. In 2017, the company launched the spacecraft atop a Falcon 9 rocket.

Air Force officials have been notoriously tight-lipped about the capabilities and mission of the classified X-37B program, and typically have dumped laundry lists of densely worded objectives onto reporters and analysts.

Officials have touted the spacecraft's ability to get experiments back to Earth. That was possible with NASA's Shuttle Orbiter, Russell said. But the X-37B's stamina means it can stay in space much longer.

"There are no other space platforms providing the performance and flexibilities to advance technologies in a way that allows the scientists and engineers to recover their experiments," Russell said.

The X-37B is clearly state of the art while up in space. But on the Earth, it gets around a little more modestly.

In 2017, when the previous mission's spacecraft landed, the Air Force released some of the few public images of the X-37B.

The photos showed the secret vehicle guided by a particular land-propulsion system - a white Chevrolet pickup.