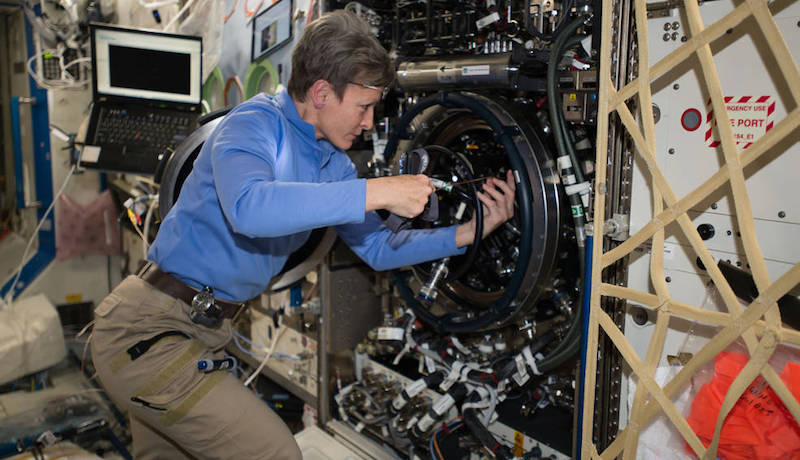 US President Donald Trump will make a special Earth-to-space call from the Oval Office to personally congratulate NASA astronaut Peggy Whitson for her record-breaking stay aboard the International Space Station on April 24, NASA has said.

Trump will be joined by daughter Ivanka Trump and NASA astronaut Kate Rubins for the 20-minute call which will air live on NASA Television and stream on the agency's website and Facebook page at 10am EDT (7:30pm IST).

Commander of the station's Expedition 51 crew, Whitson will officially set the US record Monday for most cumulative days in space, surpassing NASA astronaut Jeff Williams' record of 534 days.

Additionally, she is the first woman to command the space station twice, and holds the record for most spacewalks conducted by a female astronaut.

Whitson will be joined for President Trump's call by NASA astronaut Jack Fischer, who is scheduled to arrive at the orbiting laboratory on Thursday.

The call will be made available to schools, museums, and other organisations across the nation and globally, NASA said in a statement on Wednesday.