A person wearing a headset and wiring made the Toyota robot move in exactly the same way he was moving. 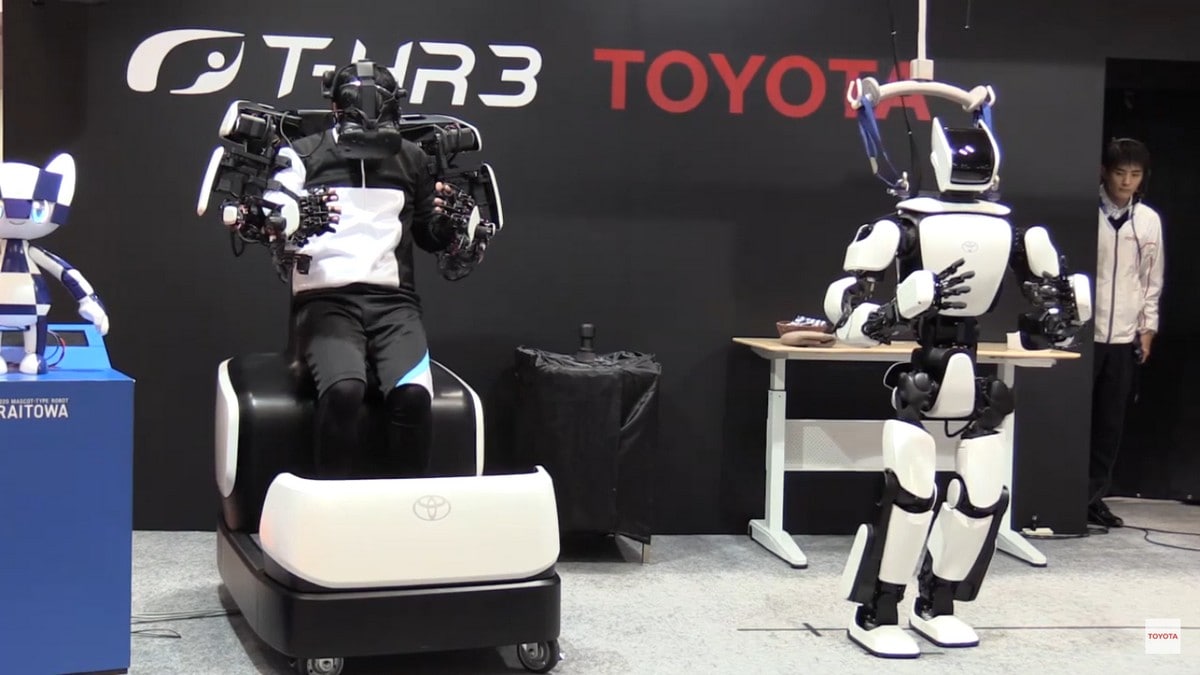 Toyota Motor's upgraded version of the human-shaped robot T-HR3 now has faster and smoother finger movements because the wearable remote-control device has become lighter and easier to use.

In a recent demonstration in Tokyo, a person wearing a headset and wiring made the robot move in exactly the same way he was moving, waving or making dance-like movements, as sensors sent computerised signals to the robot of what they detected as human movements.

Smaller robots that look like the mascots for the 2020 Tokyo Olympics and Paralympics were controlled in the same way. Japanese automaker Toyota is an Olympic sponsor.

Toyota engineer Tomohisa Moridaira said human-shaped robots can be controlled intuitively because all one has to do is move naturally.

Developing a robot that mirrors human movements may, in the future, mean it would be able to perform surgery in a distant place where a doctor might not be able to travel.

The robot may also allow people to take part in events vicariously, according to Toyota.

The challenge still lies in securing reliable and speedy telecommunications connections so that signals are accurately relayed, said Moridaira.

The robots were connected by local networks in the demonstrations.

“The robot now has enhanced finger movements," Moridaira said. ”By offering better mobility, we hope to make for a better world."