Teachers and Farmers: Nasa Has an Interesting Spot for You, on Mars

Nasa wants YOU (yes, YOU) to go to Mars! That is, if you applied to be an astronaut in the last round of recruitment and can beat something like 18,300 other people who also did. But, hey, don't get bogged down with details.

The space agency previously created gorgeous, retro-futurist tourism posters to tempt us into pleasure cruises on Europa and nightclub-hopping on starless, rogue exoplanets. But Mars isn't for tourists - it's for explorers. As part of the space agency's "Journey to Mars" campaign, it's working hard to inspire a new generation of adventurers, and these posters - created for an exhibit at the Kennedy Center in 2009 - show kids that anyone can have dreams of going into space.

Want to be an astronaut one day? Consider becoming a teacher. Lots of people don't realize this, but all you need to be considered is a bachelor's degree in a STEM field and three years of teaching experience, even at the K-12 level. Sure, Nasa tends to pick folks with head-spinning combinations of advanced degrees and military flight experience, but technically your average high school chemistry teacher has a shot. 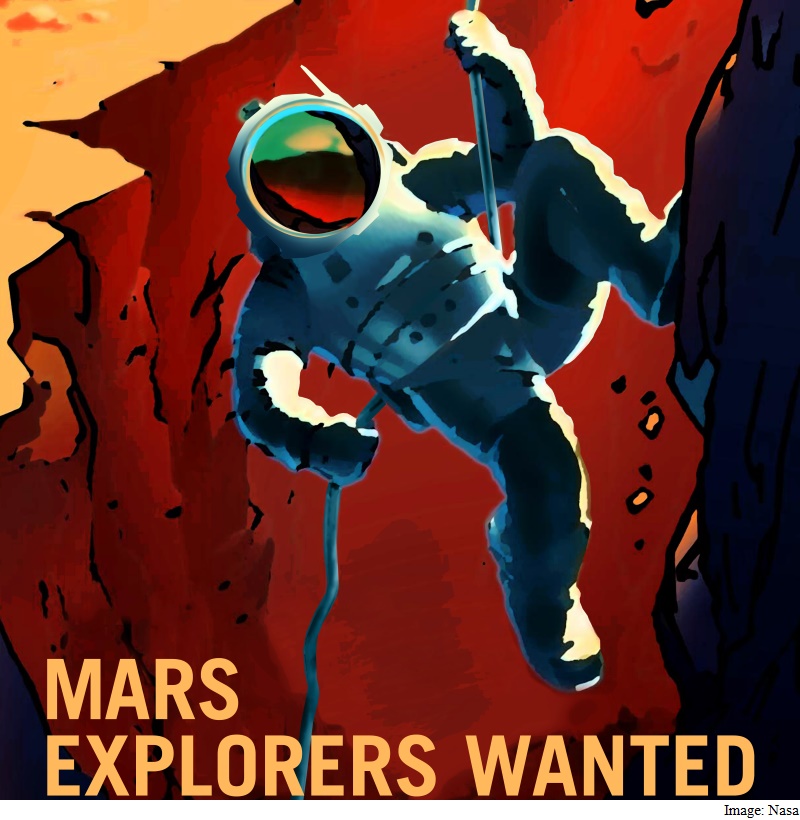 Nasa is also looking for farmers, which isn't just a cheeky shout-out to "The Martian." The space agency is working hard to figure out how to feed folks on long space missions. Astronauts on the International Space Station spent much of the past year experimenting with growing (and eating) lettuce in space, and now that they've successfully grown flowering plants, they'll probably move on to more-delicate crops such as tomatoes.

Growing plants on a Martian base would pose its own challenges, but there are already scientists on Earth trying to replicate the process with faux Martian soil.

The Journey to Mars campaign - which would have humans on the Red Planet within 20 years - might not be very realistic. There are a lot of technical hurdles to clear, and some say we haven't got the time or the funding to face those challenges. But Nasa's leaders won't get more of the latter without public support, so you can't blame them for trying to get us amped for a trip that might not happen anytime soon.