March Supermoon 2020: What Is It, Timings, and How Can You Watch the Worm Moon Live?

The supermoon which appears in March goes by many names such as the Crow Moon or Worm Moon. 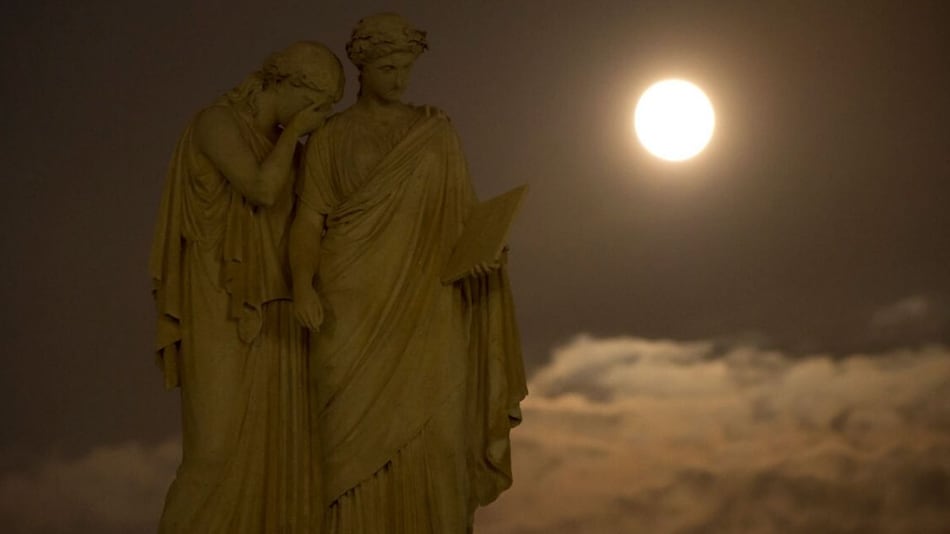 Supermoon of March is traditionally known as Worm Moon

Supermoon for the month of March is here and it is going to be visible till Wednesday. The current supermoon that will appear from Monday evening, is coinciding with the Holi celebrations in India that will take place on March 10. It is not necessary for March's supermoon to coincide with Holi as the festival's date each year varies. Holi celebrations are dictated by the Hindu lunar calendar and must coincide with the final full moon of the year - observed in February or March. The supermoon that appears in March goes by many names such as the Crow Moon, Crust Moon, Sap Moon, Sugar Moon, or Worm Moon.

Here is everything you need to know about March supermoon.

What is a supermoon?

A supermoon is a term used to describe a full moon that appears when the Moon's orbit is closest to Earth. Due to this close distance from our planet, the Moon appears much larger and brighter. However, a full moon may not necessarily be a supermoon because the Moon revolves in an elliptical orbit around the Earth. A full moon can appear in the fullest form even when it is at a farther distance from our planet.

When it comes to naming a supermoon, the process usually depends on the native American regions and seasons. As per NASA, the March's supermoon is sometimes called "Crow Moon" as traditionally during this time of the year, the cawing of crows signalled the end of winter.

It is also called Worm Moon, as the tribes in Southern America noted that by this time of the year, the soil would begin to thaw and the earthworm casts would be visible on the ground - marking the beginning of spring. The term "Supermoon" was first coined in 1979 and soon became a widely popular term.

When was the first supermoon of 2020?

The first supermoon of 2020 appeared February 7 to 9 and was popularly called Snow Moon. On April 8, the next supermoon or the "Super Pink Moon" will be visible.

How to watch it from India - livestream

The full supermoon from India will coincide with Holi celebrations and will be appearing on March 10 at around 12.01pm. Since the full supermoon will appear during the day time in India, you won't be able to see it in the sky but there are alternatives.

Some online websites will provide a live stream of the supermoon. Slooh will be streaming the forthcoming supermoon live on their YouTube channel.