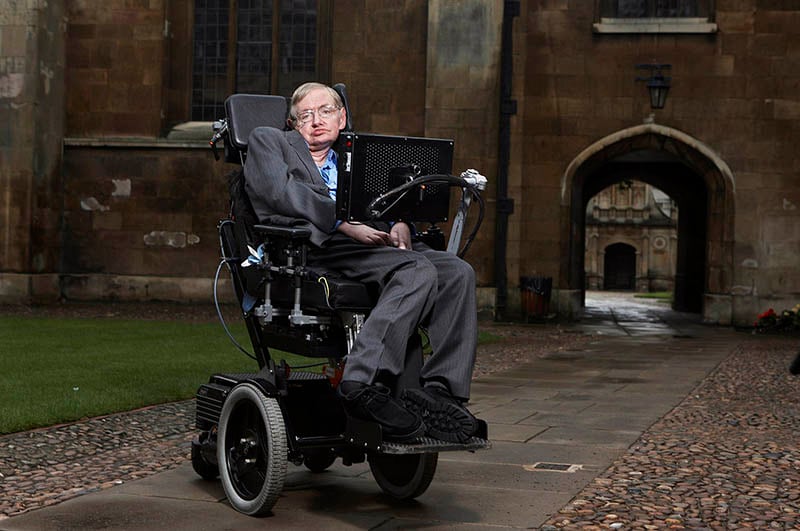 Stephen Hawking thinks that humanity must leave Earth in the next century, and colonise another planet to ensure their survival, considering the dangers that lie ahead of us.

The renowned English theoretical physicist made the claims as part of a new documentary – Expedition New Earth – that’s set to air on BBC Two over the summer. As part of his predictions, Hawking said the effects of climate change, overdue asteroid strikes, epidemics, and population growth has put the planet in an “increasingly precarious” position.

Hawking believes that our species would go extinct sometime within the next hundred years if we fail to find a new Earth, which lends the TV series its name. For the new show, Hawking has worked alongside Prof Danielle George, who teaches radio frequency engineering at the University of Manchester, and Christophe Galfard, a student of Hawking’s, to explore the idea of travelling across the stars.

“Taking in the latest advances in astronomy, biology and rocket technology, they travel the world in search of answers,” BBC’s website reads. “From the Atacama desert [in Chile] to the wilds of the North Pole, from plasma rockets to human hibernation, they discover a whole world of cutting edge research. The journey shows that Prof Hawking’s ambition isn’t as fantastical as it sounds – that science fact is closer to science fiction than we ever thought.”

BBC’s Expedition New Earth, made in partnership with The Open University, is part of a larger push from the British media network towards science and technology programming, under the banner Tomorrow’s World, which ran for nearly four decades in the past century.

“We’ve come together behind a simple, and very bold ambition - to equip all of us with the knowledge and understanding we need to make sense of our lives and the future,” Tony Hall, BBC’s director-general, said in a statement. “Whether it’s the rise of robotics or the demise of antibiotics, travelling to Mars or the arrival of 3D printed food, science is changing the world at an extraordinary pace.”