New Research Claims Our Understanding of Universe Could Be Wrong

The study has been completed by a team of astronomers from the Max-Planck-Institute for Astronomy. 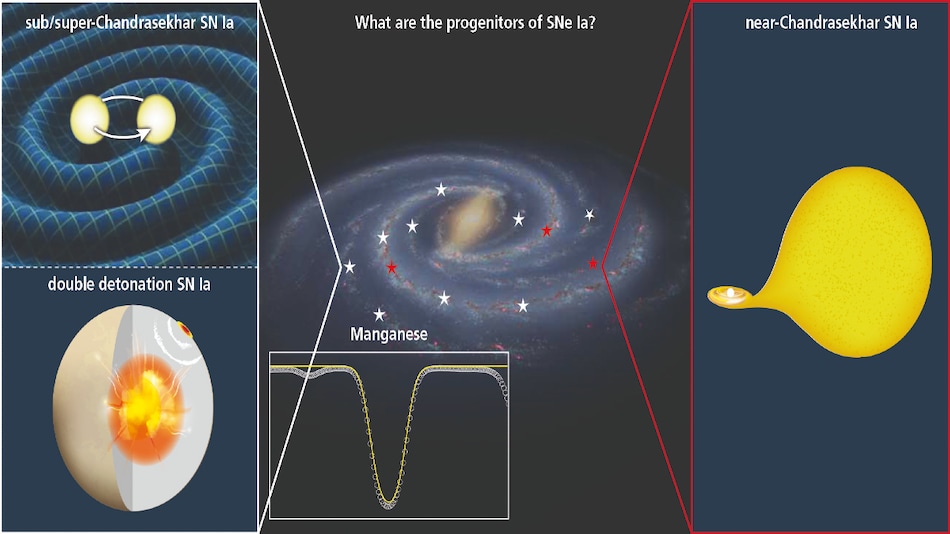 A recent study has found out that our fundamental measurement of the whole universe could have been wrong all this while. It says that whatever we knew about the chemical measurement of stars could be wrong. And since the whole history of the universe has been tracked using these very stars, our measurement of the fundamental processes like the Hubble constant and the amount of dark matter could be wrong too. The study has been completed by a team of astronomers from the Max-Planck-Institute for Astronomy.

The researchers, while coming to this unexpected conclusion, measured the chemical make-up of stars and came upon unexpected results. It was previously believed that a specific kind of supernova, known as the 'type-Ia' - usually came about when a white dwarf orbited around a main sequence star and pulled away its outer layers. However, the new study has showed that they essentially come from different scenarios. That suggests that we may be wrong in understanding how bright the stars can be, how their brightness changes and how long they can stay bright.

Now this makes things complicated because astronomers have always used brightness and the difference between the brightness as a way of measuring how far a star actually is. And that assumption has been used for some of the most important research about our universe. This phenomenon has also supported work that has suggested that our universe is made up of 70 percent dark energy, and the measurement of the Hubble constant, or the speed at which the universe is expanding.

A report in The Independent, however, says that this will help scientists explain the discrepancies in the Hubble constant, which is the unit of measurement used to describe the expansion of the universe.

Samsung to Shift Some Smartphone Production to Vietnam Due to Coronavirus