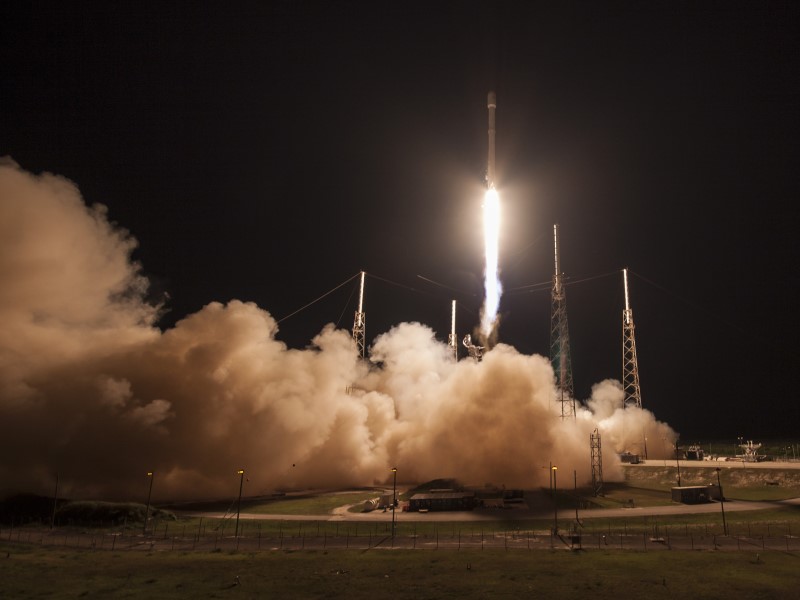 SpaceX successfully landed the first stage of its Falcon 9 rocket on a floating platform in the Atlantic Ocean early Friday after launching a Japanese communications satellite into orbit.

Shouts of "USA, USA, USA" and applause from the ground control crew greeted the feat, only the second time it has been accomplished by SpaceX, the company headed by Internet entrepreneur Elon Musk.

The two-stage rocket lifted off on schedule at 1:21am (5:21am GMT or 10:51am IST) with a telecommunications satellite owned by Japanese operator SKY Perfect JSAT.

As the second stage moved into orbital position, the first stage fell back for the landing, firing its engine to re-enter the Earth's atmosphere.

SpaceX had not expected to land the first stage successfully because of the returning rocket's high speed, but streaming video captured a picture-perfect touchdown.

The California-based company pulled off such a landing last month for the first time, after launching an unmanned cargo ship to the International Space Station.

SpaceX wants to perfect the technique as part of its effort to re-use rocket parts instead of jettisoning the costly equipment into the ocean after each launch.