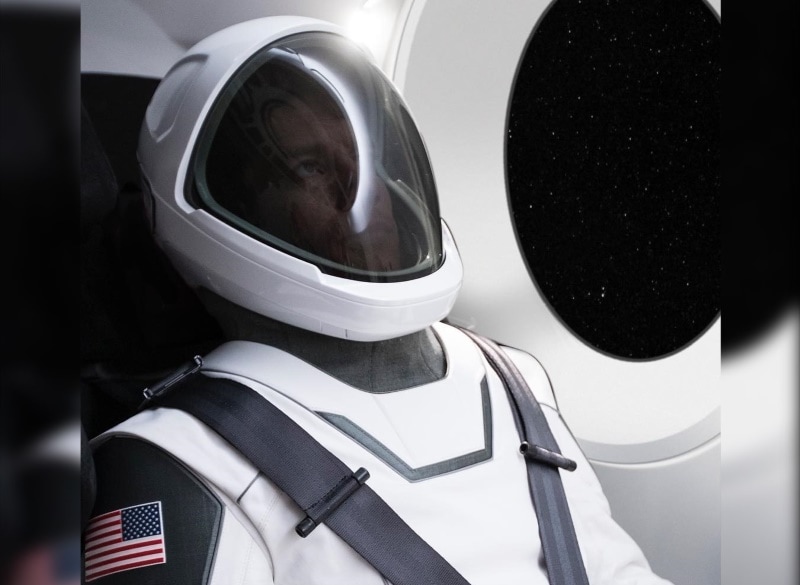 Astronauts travelling aboard Elon Musk's Dragon Capsule will wear form-fitting white-and-black spacesuits that bear little resemblance to their NASA forebears, the SpaceX founder revealed Wednesday, a pivotal development in his quest to launch crewed missions to and from the International Space Station and beyond.

Although he offered few details in his sneak-peek Instagram post - "More in the days to follow," a brief message promises - the tech billionaire, who is also chief executive of automaker Tesla, indicated that his spacesuit is functional and tested to withstand pressure loss while travelling through space. And in a nod to the design, he noted how "incredibly hard" it was to marry aesthetics and survivability.

The unveiling comes as SpaceX and aeronautics giant Boeing each have struggled to meet deadlines for NASA's Commercial Crew Program, a cost-savings partnership between the agency and private industry focused on facilitating travel to the space station. It could be 2019 before either is certified to fly astronauts there, although both hope to conduct their first 5 crewed test flights next year.

Boeing, maker of the Starliner space capsule, unveiled its minimalist "Boeing Blue" spacesuit in January. Like the new SpaceX suit, Boeing's product is lighter, and more tailored and flexible, than the cumbersome gear NASA astronauts have worn since the 1960s.

That's because they're built for a distinctive mission. For commercial flights to and from the space station, these suits will be worn during launch and reentry, or if a problem occurs causing the capsule to depressurize. As Thuy Ong notes for the Verge, this gear is specifically not intended for spacewalks, so it doesn't need to provide the same bulky protection from dust and debris, or temperature fluctuation.

Photos of the SpaceX suit (or an early incarnation) first surfaced many months ago on Reddit, where observers were struck by its futuristic appearance. Like science fiction, some said.

Musk might disagree. The image he released Wednesday is refined, exhibiting the considerable attention he gives not only to his products' function but to the sophistication and simplicity of their design.

Consider, for instance, some early feedback on his newest electric car, the Tesla Model 3, in which nearly all functions - from the wiper blades to the air conditioning and stereo - are controlled via a small touch display beside the steering wheel. Musk has called the car "a very simple, clean design." That's deliberately so, he said in July, an effort to recognise that "in the future - really, the future being now - the cars will be increasingly autonomous."

Indeed, after a three-minute test ride in the Model 3, The Washington Post's Peter Holley observed the following:

"It's not so much that Tesla is ushering in the future. . . . I'm more inclined to think that Tesla is single-handedly pulling the automotive industry into the present."

The SpaceX Dragon was built to shuttle cargo into space, which it accomplished for the first time in 2012. It can be configured to carry a crew of seven.

Beyond the space station, Musk has said he wants to launch a human mission to Mars by 2025, a much more ambitious schedule than NASA envisions. Perfecting the spacesuit technology was seen as a vital benchmark.