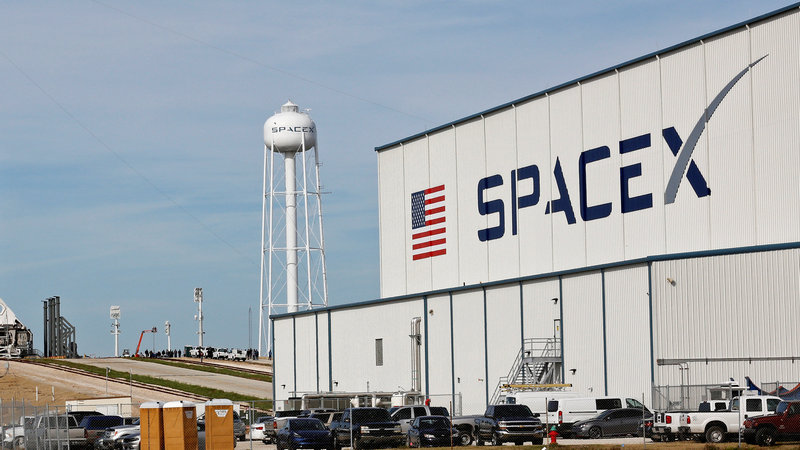 SpaceX has filed a protest challenging the nearly $150 million contract that NASA recently awarded to its chief rival, a joint venture between Lockheed Martin and Boeing, the latest salvo in an ongoing war between the companies over lucrative rocket launch contracts.

In a statement, SpaceX, the California company founded by Elon Musk, said it was the first time it had ever challenged a NASA contract.

"SpaceX offered a solution with extraordinarily high confidence of mission success at a price dramatically lower than the award amount," the company said in a statement to The Washington Post. "So we believe the decision to pay vastly more to Boeing and Lockheed for the same mission was therefore not in the best interest of the agency or the American taxpayers."

United Launch Alliance, or ULA, is the joint venture that Lockheed Martin and Boeing formed to compete for government launch contracts. ULA didn't immediately respond to a request for comment.

SpaceX and ULA have been battling for years. In 2014, SpaceX filed suit against the Air Force, alleging it should be able to compete for the national security launch contracts that for a decade were ULA's main revenue source and the Pentagon's only provider.

At the time, ULA fired back, saying SpaceX couldn't be trusted to launch such critical satellites and that it was trying to "cut corners" in order to win the lucrative contracts.

SpaceX settled the lawsuit with the Air Force in 2015 and eventually won the certification that would allow it to compete against ULA. Since then it has won several contract awards and completed one mission, the launch of a GPS satellite.

This week the Pentagon's Inspector General announced that it was reviewing SpaceX's certification. The Inspector General's office didn't say what prompted the review but that the audit was "self-initiated."

NASA last month awarded the contract to ULA to launch a spacecraft named Lucy to explore the Trojan asteroids around Jupiter on a journey that would take 12 years.

In a news release NASA said the asteroids are "clusters of rocky bodies almost as old as the sun itself, and visiting these asteroids may help unlock the secrets of the early solar system."

The mission, to be launched in October 2021, requires a precise launch window so that the spacecraft can "throw itself out into a celestial alignment that will not occur for decades."

The SpaceX protest was filed Monday with the Government Accountability Office, which typically has 100 days to review contract award challenges. Usually during bid protests, the winning contractor is prevented from working on the project.