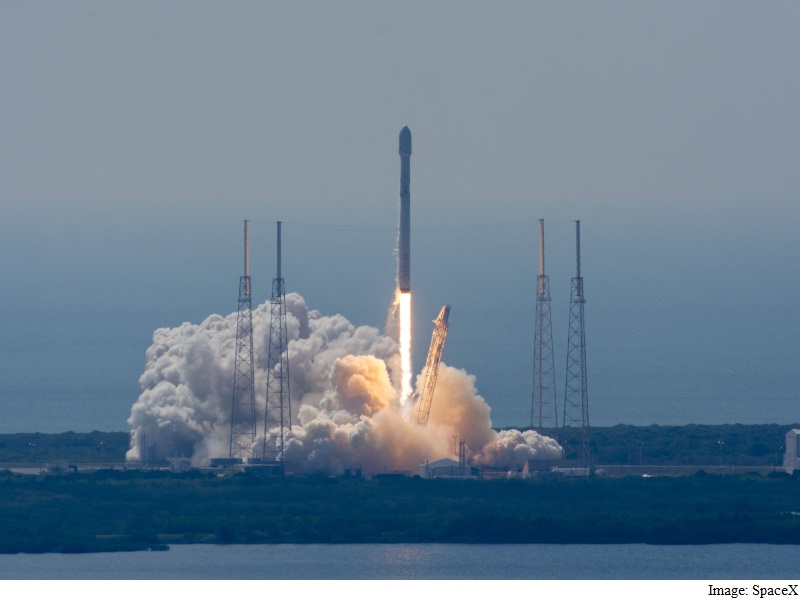 Highlights
SpaceX successfully launched two satellites into orbit on Wednesday, but failed in an attempt to land the first stage of its Falcon 9 rocket undamaged on a barge in the Atlantic.

The rocket apparently malfunctioned some 330 feet (70 meters) off the ground and was in flames when it reached the platform on the powered barge known as a drone ship live images via a SpaceX webcast showed.

"Ascent phase & satellites look good, but booster rocket had a RUD on droneship," he wrote, using an acronym for "rapid unscheduled disassembly," or explosion.

The rocket shook the barge when it landed, causing the ship's camera to freeze.

The rocket earlier successfully boosted into orbit a communications satellite for the French firm Eutelsat and another for Bermuda-based ABS.

The launch from Florida's Cape Canaveral took place at 10:29 am (1429 GMT) and the satellites deployed around 30 minutes later.

It was SpaceX's sixth launch of the year.

The California-based company has successfully landed the first stages of its Falcon 9 rockets three times twice on water and once on land.

Musk wants to revolutionize the launch industry by making rocket components reusable, much the same way as commercial airplanes.

Expensive rocket parts are currently jettisoned into the ocean after each launch.

SpaceX is next set to launch a cargo resupply mission to the International Space Station for Nasa next month.