The craft blasted off to cheers from onlookers at 2:30am ET (6:30am GMT or 12pm IST) after a three-hour delay. 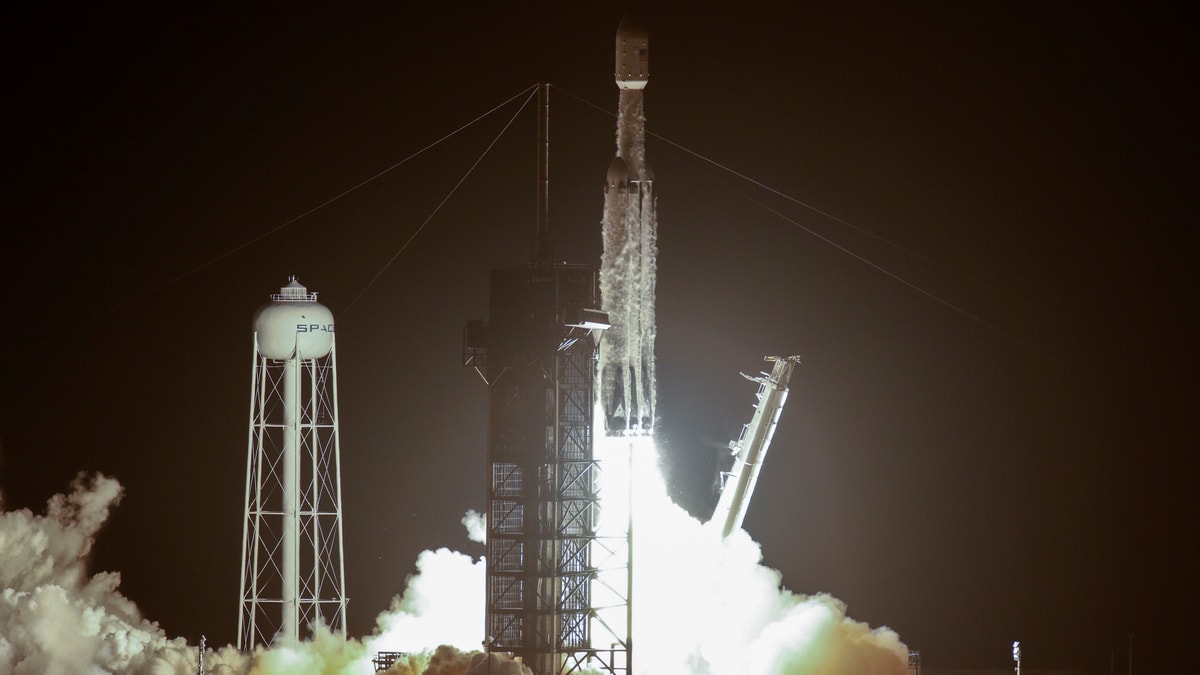 SpaceX launched its Falcon Heavy rocket on Tuesday from Kennedy Space Center in Florida, carrying 24 experimental satellites in what Elon Musk's rocket company called one of the most difficult launches it has attempted.

The craft blasted off to cheers from onlookers at 12:00pm IST after a three-hour delay from the original launch time late Monday.

The boosters separated safely and the craft began its six-hour mission to deploy the satellites.

The mission, dubbed Space Test Program 2 (STP-2), is the third for the Falcon Heavy rocket, which SpaceX describes as the most powerful launch system in the world.

It was commissioned by the US Department of Defense, the key contractor for commercial space companies such as SpaceX.

The company is putting satellites into orbit for agencies including NASA and the National Oceanic and Atmospheric Administration (NOAA), defence department laboratories, universities and a non-profit organisation, SpaceX said.

The mission is one of the most challenging in SpaceX history, with four separate upper-stage engine burns and three separate orbits to deploy satellites, the company said on its website.

The company also plans to recover the three first-stage core boosters for re-use in other missions.

Solar sail
The payloads on the satellites Falcon Heavy is putting into orbit include an atomic clock NASA is testing for space navigation, another testing new telescope technologies, and a solar sail project part-funded by the Planetary Society, a non-profit organisation headed by Bill Nye, "The Science Guy" on television presentations.

The LightSail is a crowdfunded project that aims to become the first spacecraft in earth orbit propelled solely by sunlight, the society, which has championed solar propulsion for decades, says on its website.

Falcon Heavy is the most powerful operational rocket in the world "by a factor of two," SpaceX says on its website. It has the ability to lift into orbit nearly 64 metric tons (141,000 pounds) - more than a 737 jetliner loaded with passengers, crew, luggage and fuel.

Only the Saturn V moon rocket, last flown in 1973 from the same launch pad, delivered more payload to orbit, it says.