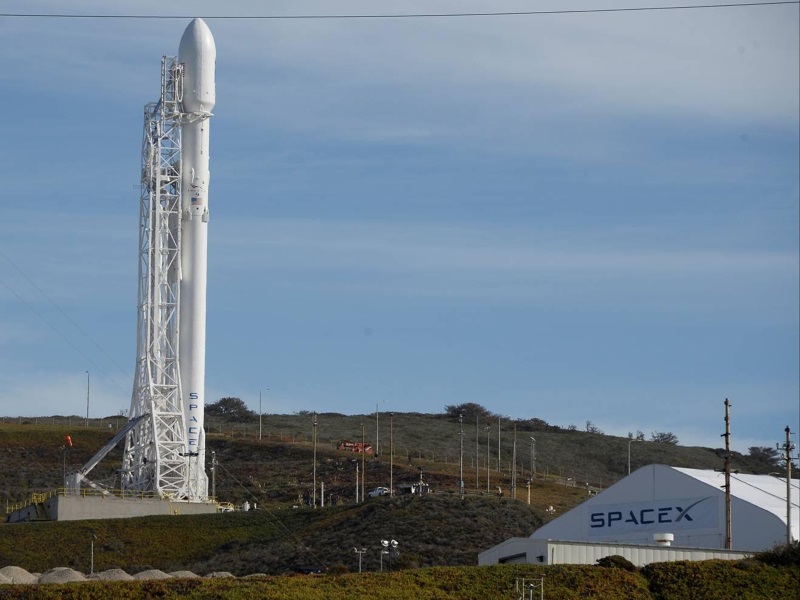 SpaceX's unmanned Falcon 9 rocket broke apart Sunday as it tried to land on a floating platform in the Pacific, marking the fourth such failure in the company's bid to recycle rockets.

However, the primary mission of the launch from Vandenberg Air Force Base in California went as planned, propelling into orbit a $180 million (roughy Rs. 1,216 crores) US-French satellite called Jason-3 to study sea level rise.

"Well, at least the pieces were bigger this time!" Elon Musk, the CEO of the California-based company, wrote on Twitter.

SpaceX is trying to land its rockets back on Earth in order to re-use the parts in the future, trying to make spaceflight cheaper and more sustainable than before.

The firm succeeded in landing its Falcon 9 first stage - the long towering portion of the rocket - on solid ground at Cape Canaveral, Florida in December.

Even though an ocean landing is more difficult, SpaceX wants to perfect the technique because ship landings "are needed for high velocity missions," Musk tweeted.

"Definitely harder to land on a ship," he added after the latest foible.

"Similar to an aircraft carrier vs land: much smaller target area, that's also translating and rotating."

Currently, expensive rocket components are jettisoned into the ocean after launch, wasting hundreds of millions of dollars.

However, no other company has attempted the ocean landing that SpaceX is trying to achieve.

In the end, the problem on Sunday was not due to high speed or a turbulent ocean, but came down to a leg on the rocket that did not lock out as anticipated.

"So it tipped over after landing," Musk said.

SpaceX said the rocket landed within 1.3 meters (yards) of the droneship's center.

Oceans satellite
There was no hitch in the launch itself, and the blast off at 10:42 am (6:42pm GMT or 12:12am, Monday) of the rocket and satellite went flawlessly.

The satellite aims to offer a more precise look at how global warming and sea level rise affect wind speeds and currents as close as 0.6 miles (one kilometer) from shore, whereas past satellites were limited to about 10 times that distance from the coast.

During a five-year mission, its data will also be used to aid fisheries management and research into human impacts on the world's oceans.

The satellite is the fruit of a four-way partnership between the National Oceanic and Atmospheric Administration (NOAA), the US space agency Nasa, the French space agency CNES (Centre National d'Etudes Spatiales) and the European Organisation for the Exploitation of Meteorological Satellites (EUMETSAT).