The news conference was called ahead of Friday's scheduled launch of an unmanned resupply mission to the International Space Station. 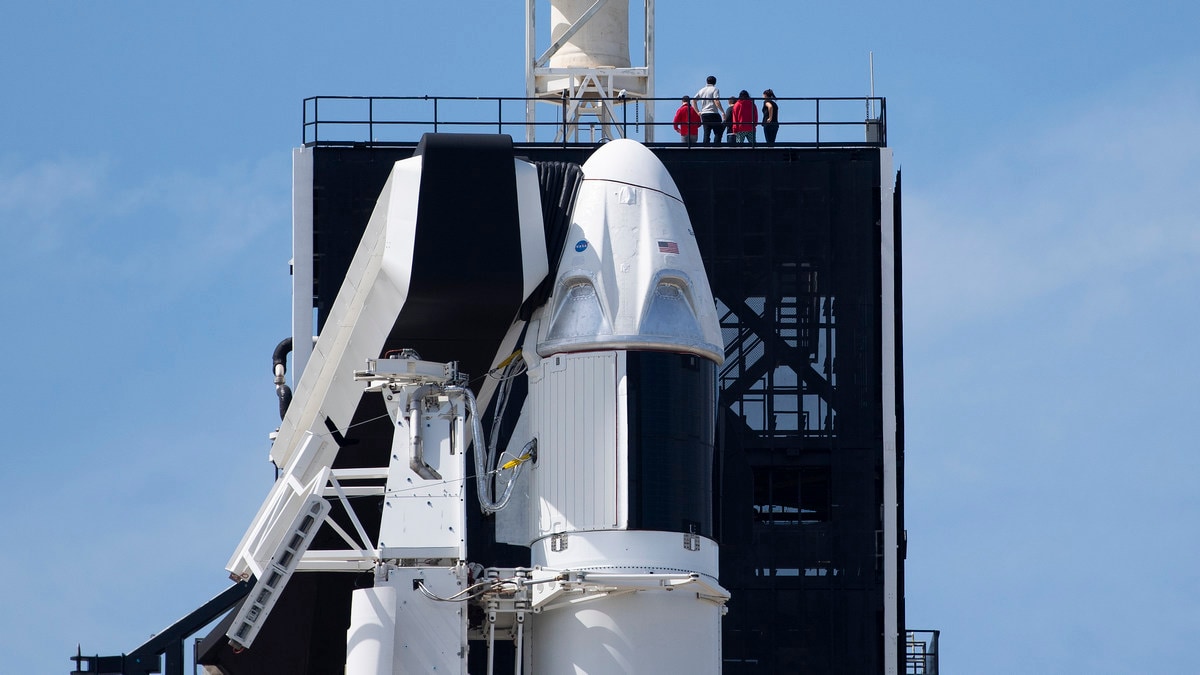 Nearly two weeks after a fiery explosion during a ground test of its new crew capsule, SpaceX confirmed on Thursday that the vehicle was destroyed, but neither the company nor NASA, its primary customer, have publicly acknowledged the nature of the mishap.

Instead, Hans Koenigsmann, vice president of flight reliability for California-based Space Exploration Technologies, known as SpaceX, continued to refer to the accident simply as an "anomaly" - science jargon for when something goes wrong.

The April 20 accident occurred at Cape Canaveral Air Force Station as SpaceX was about to test eight emergency thrusters designed to propel the capsule, dubbed Crew Dragon, to safety from atop the rocket in the event of a launch failure.

"Just prior, before we wanted to fire the (thrusters), there was an anomaly and the vehicle was destroyed," Koenigsmann told reporters on Thursday at NASA's Kennedy Space Center. "There were no injuries. SpaceX had taken all safety measures prior to this test, as we always do."

The news conference was called ahead of Friday's scheduled launch of an unmanned resupply mission to the International Space Station using a cargo-only capsule built by SpaceX, the private rocket venture of billionaire entrepreneur Elon Musk.

Leaked video
When pressed about the accident, Koenigsmann declined to say whether an explosion or fire was involved. NASA has likewise declined to describe the mishap.

A leaked video of the accident, which a NASA contractor has acknowledged as authentic in an internal memo obtained by the Orlando Sentinel newspaper, showed the capsule blasting into smithereens. A pall of smoke was also widely observed from a distance at the time of the ill-fated test.

SpaceX's reluctance to describe in plain terms what happened to the capsule was at odd with NASA's long history of transparency surrounding accidents involving its human spaceflight program.

The Crew Dragon had been scheduled to carry US astronauts Bob Behnken and Doug Hurley to the space station in a test mission in July, although April's accident, as well as some vehicle design hitches, are likely to push that launch to later in the year or into 2020.

"It's certainly not great news for the schedule overall, but I hope we can recover," Koenigsmann said.

The destroyed vehicle was one of six such capsules built or in late production by SpaceX, and the first flown into space. A SpaceX Falcon 9 rocket launched it without crew to the space station in March for a six-day visit before returning to Earth, splashing down safely in the Atlantic for retrieval.

Koenigsmann said initial data from the accident showed the mishap occurred during activation of the emergency thrusters, which SpaceX calls the SuperDraco system.

"We have no reason to believe there is an issue with the SuperDracos themselves," Koenigsmann said, adding that the engines have been tested nearly 600 times in the past.

NASA has been awarded $6.8 billion to SpaceX and rival Boeing Co to develop separate capsule systems to fly astronauts to space, but both companies have faced technical challenges and delays.

Realme 3 Pro Next Sale to Be Held on May 6 via Flipkart, Realme Store: Check Offers, Price, Timing
Facebook Settlement With US FTC Likely to Include WhatsApp: Report