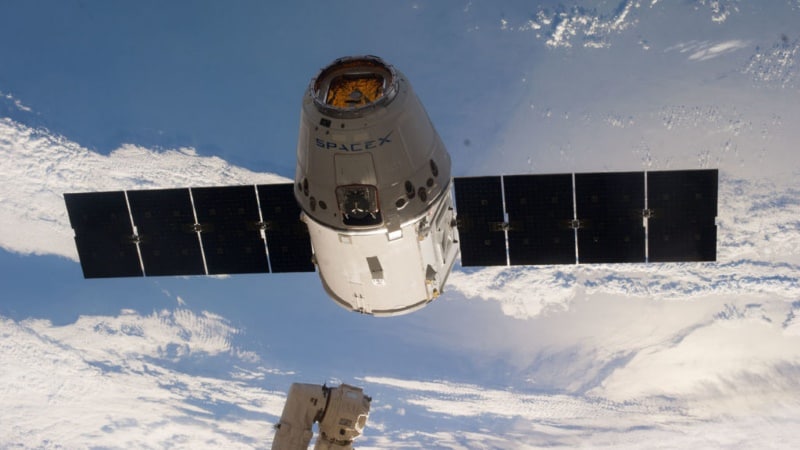 A SpaceX Dragon spacecraft carrying about 2,500 kgs of experiments and supplies is scheduled for launch to the International Space Station from Kennedy Space Center in Florida on Saturday, NASA said.

The gear is packed into a SpaceX Dragon capsule that will fly into orbit aboard the company's Falcon 9 rocket.

It will take two days for the Dragon to catch up to the space station and move within reach of the station's 57-foot-long robotic arm.

Astronauts Shane Kimbrough of NASA and Thomas Pesquet of the European Space Agency will use the arm to capture Dragon and maneuver it to its berthing port on the station.

"The forecast issued today from the 45th Weather Squadron calls for a 60 percent chance of acceptable conditions Saturday morning for the launch of the CRS-10 mission," the US space agency said in a statement on Thursday.

If the launch does not occur Saturday, the next launch opportunity is on Sunday, NASA said.

The SpaceX mission is expected to last about a month with the Dragon capsule being detached from the station by the robotic arm.

The Dragon will fly the return flight path on its own as SpaceX and NASA mission controllers watch over its progress. Flying into the atmosphere protected by a heat shield, the Dragon will splashdown in the Pacific Ocean, where it will be recovered and its payloads dispatched to researchers.

Snap Values Itself at Up to $22 Billion Ahead of IPO