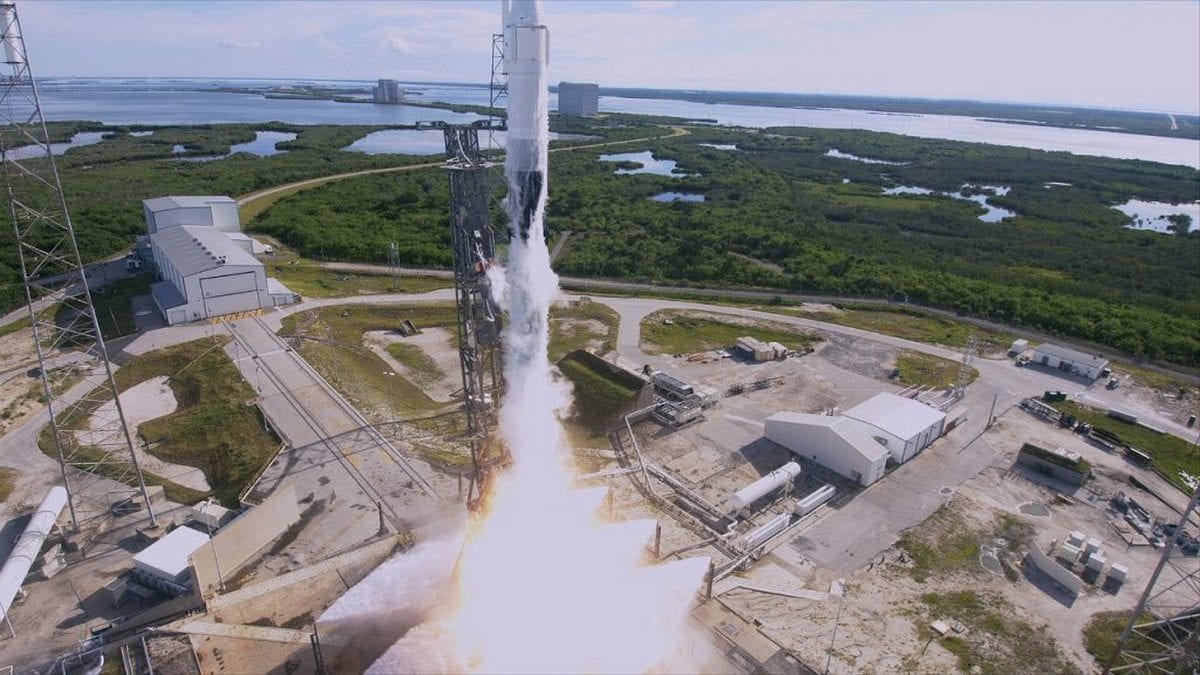 A space capsule carrying a 3D printer to make human tissue and about 5,000 pounds (roughly 2270 kgs) of other experiments and supplies is on its way to the International Space Station (ISS) after a thunderous SpaceX launch.

The private company's Falcon 9 rocket dodged threatening clouds in its Thursday evening lift-off sending a Dragon capsule on its third trip to the orbiting outpost. The ship will dock with the ISS early Saturday.

Dragon is carrying science experiments, several of which concentrate on cellular science, as well as normal supplies.

Officials at biotech companies nScrypt and Techshot say the mini-refrigerator-sized 3D printer will be controlled by scientists on the ground and print nerve cells, muscle cells and proteins. The experiment uses the near lack of gravity to help the cells hold their shape.

NASA in a press statement said, "After a picture-perfect launch and spacecraft separation, Dragon is now drawing power from its solar arrays as it begins its solo, two-day trip to the orbiting laboratory. This is the first time a Dragon spacecraft will journey to the space station for a third time. To mark this accomplishment, it is outfitted with three noteworthy stickers: two station badges representing the previous resupply missions it has flown (CRS-6 and CRS-13) and the Apollo 50th anniversary logo."

As we mentioned, the Dragon capsule will rendezvous with the ISS on Saturday, and NASA will be holding a live stream on its website - starting from 8:30am EDT (6pm IST, Saturday). The spacecraft is scheduled to dock at 10am EDT (7:30pm IST) and will then be installed on the bottom of the Harmony module of the ISS. It will remain there until August 20, after which it is planned to return with research and return cargo.