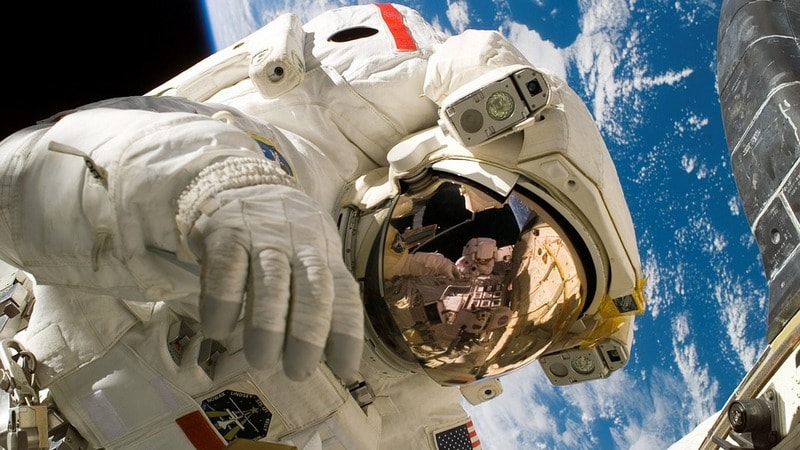 Spending long periods in space not only leads to muscle atrophy and reductions in bone density, it also has lasting effects on the brain, suggests a study.

The study, led by a team of neuroscientists from the University of Antwerp in Belgium and Ludwig-Maximilians-University (LMU) of Munich, showed that differential changes in the three main tissue volumes of the brain remain detectable for at least half a year after the end of their last mission.

"Our results point to prolonged changes in the pattern of cerebrospinal fluid circulation over a period of at least seven months following the return to Earth," said professor Peter zu Eulenburg from the LMU.

"However, whether or not the extensive alterations shown in the grey and the white matter lead to any changes in cognition remains unclear at present," he added.

The study, reported in the New England Journal of Medicine, was carried out on ten cosmonauts, each of whom had spent an average of 189 days on board the International Space Station (ISS).

The magnetic resonance tomography (MRT) scans performed in the days after the return to Earth revealed that the volume of the grey matter was reduced compared to before launch.

In contrast, the volume of the cerebrospinal fluid, which fills the inner and outer cavities of the brain, increased within the cortex during long-term exposure to microgravity.

Further, the white matter tissue volume (those parts of the brain that are primarily made up of nerve fibres) appeared to be unchanged upon investigation immediately after landing.

But, the subsequent examination six months later showed a widespread reduction in volume relative to both earlier measurements.

In this case, the team postulated that over the course of a longer stint in space, the volume of the white matter may slowly be replaced by an influx of cerebrospinal fluid.

Upon return to Earth, this process is then gradually reversed, which then results in a relative reduction of white matter volume.

According to the researchers, further studies using a wider range of diagnostic methods are deemed essential, to minimise the risks associated with long-term missions and to characterise any clinical significance of the findings.