NASA has classified the sun storm as a powerful X1-class flare. 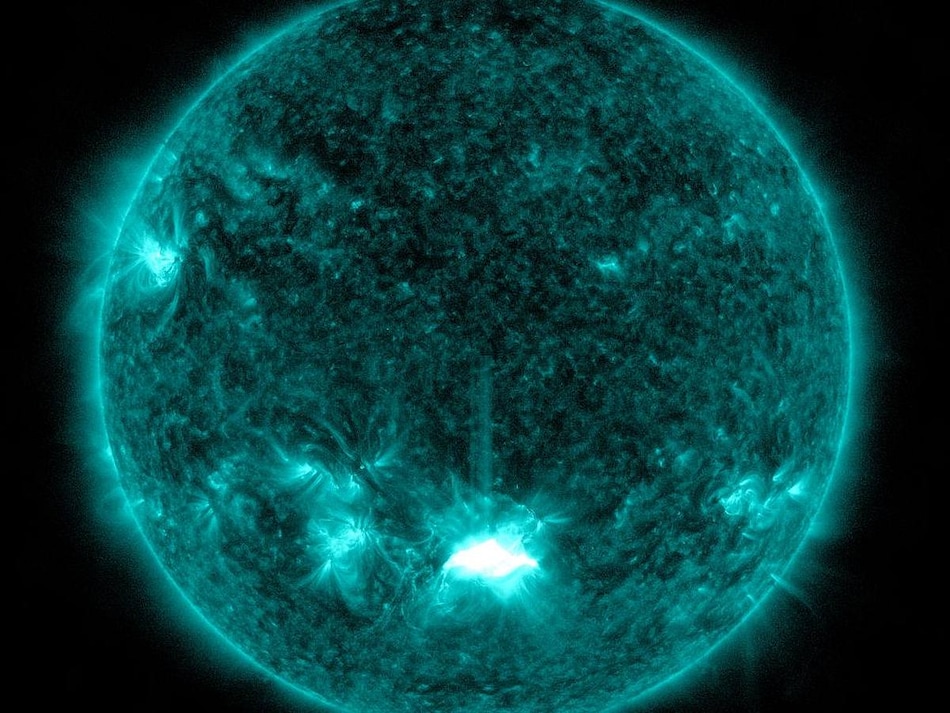 A massive solar flare could create dazzling northern lights over parts of the US on Sunday, according to NASA. The space agency said a sun storm erupted on October 28 and sent a vast cloud of charged particles that should reach Earth on Halloween (Sunday, October 31). When these particles hit Earth's atmosphere, they will amplify the regular northern lights. Though solar fares carry harmful radiation emitting from the Sun, this one does not pass through Earth's atmosphere to physically affect humans on the ground. However, some intense ones can disturb the atmosphere where GPS and communication signals travel.

In a blog, NASA has classified the Sun storm as a powerful X1-class flare. X-class denotes the most intense flares. The number provides the intensity. For instance, X2 is twice as intense as an X1. NASA has also released an image of the October 28 event captured by the Solar Dynamics Observatory, which watches the Sun constantly. The image showed a bright flash at the Sun's lower centre and extreme ultraviolet light in flares represented by teal colour in the image. As the solar wind is intense, the second most powerful this year, the resultant northern lights should be visible from as far south as New York, Idaho, Illinois, Oregon, Maryland, and Nevada. "This could be a great show for people in the mid-to-upper US latitudes for aurora," C Alex Young, an associate director at NASA, told space.com.

Young said the solar flare accompanied a coronal mass ejection (CME), a huge eruption of radiation. “The current estimates for the CME are that it will reach Earth on October 31," Young added. Seeing auroras can be difficult, especially if you live in a big city filled with streetlights and other light pollution. For a better experience try to get away from city lights and find the darkest sky possible.

Metaverse: What It Is, Facebook Name Change, and Everything Else Explained
Nokia XR20 With Military-Grade Build, Snapdragon 480 SoC Goes on First Sale Today: Price in India, Specifications