Mammals hibernate by lowering their body temperature to dramatically slow their metabolisms and conserve energy. 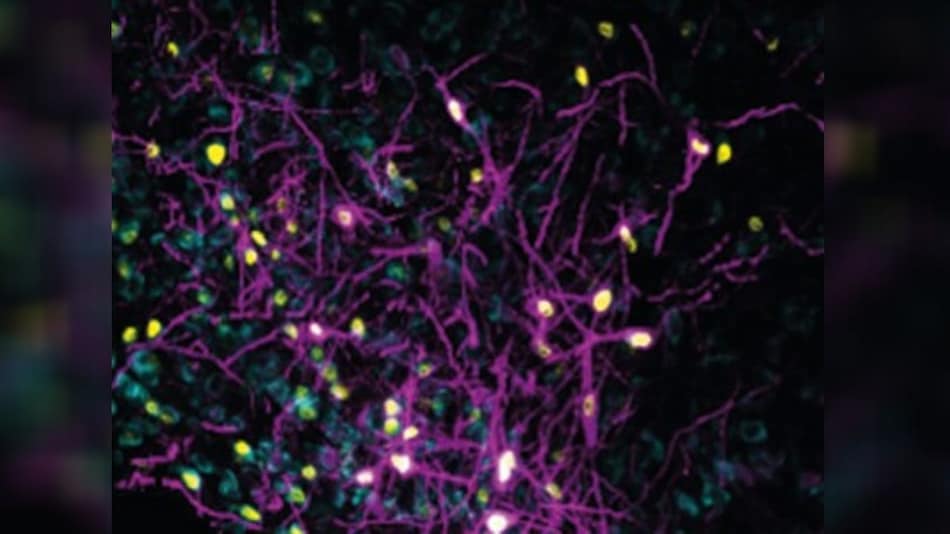 A discrete neuronal circuit induces a hibernation-like state in rodents

Could humans eventually be induced to hibernate to protect them after an injury or preserve them during deep space travel?

The idea is a staple of science fiction, but studies published on Thursday build on a growing field of research that experts say is "revolutionising" our understanding of how the brain regulates body heat.

Mammals hibernate by lowering their body temperature to dramatically slow their metabolisms and conserve energy often in winter months when there is a scarcity of food.

Previous research has indicated that the central nervous system is involved in thermoregulation -- also increasing temperature in the form of infection-fighting fevers.

But the precise mechanisms involved have been unclear.

In one study published in Nature, researchers from the University of Tsukuba in Japan identified neurons in the brains of rodents that can be artificially activated to send the animals into a hibernation-like state.

The scientists initially looked at mice, which do not hibernate but go into a similar often short-term state called torpor.

They genetically modified mice in which they could activate a set of neurons in the hypothalamus -- named Q neurons -- using chemicals or light.

The mice became less active, their body temperature fell ten degrees or more to below 30 degrees Celsius, their pulse slowed considerably, their metabolic rate reduced, and their breathing became shallow.

They remained in a state similar to that seen in torpor or hibernation for more than 48 hours, after which they behaved normally with no signs of physical harm.

The authors successfully reproduced the test technique in rats, which also do not normally hibernate.

They said the ability to induce such a state in a non-hibernating mammal was a "step forward in our understanding of the neuronal mechanisms of regulated hypometabolism."

Their technique also allowed them to map the wider circuit of neurons involved in the process.

Medical uses
The authors said the ability to artificially induce this kind of hibernation-like state in humans "would be beneficial for many medical applications, as well as being of relevance to the possibility of long-distance space exploration in the future."

Potential clinical applications include the reduction of tissue damage following heart attacks or strokes, and the preservation of organs for transplants, they said.

In a separate study also published in Nature, researchers from Harvard Medical School identified neurons within the hypothalamus that regulate torpor in mice.

They found that by blocking the activity of these neurons, they could prevent the natural torpor from starting.

In a comment in Nature, Clifford Saper and Natalia Machado of Harvard Medical School said that the new studies add to a flurry of research "revolutionising our understanding of the preoptic neurons at the heart of thermoregulation."

If similar groups of neurons are found in humans, they said this could open a way for therapeutic hypothermia to be induced in humans "for example, after heart attack or stroke, slowing down metabolic processes to help limit tissue damage."

Artemis Fowl Movie Review: Next Harry Potter? Get Out of Here
Nokia 5310 Feature Phone to Launch in India on June 16