Scientists Discover the Most Distant Galaxy With Oxygen Yet 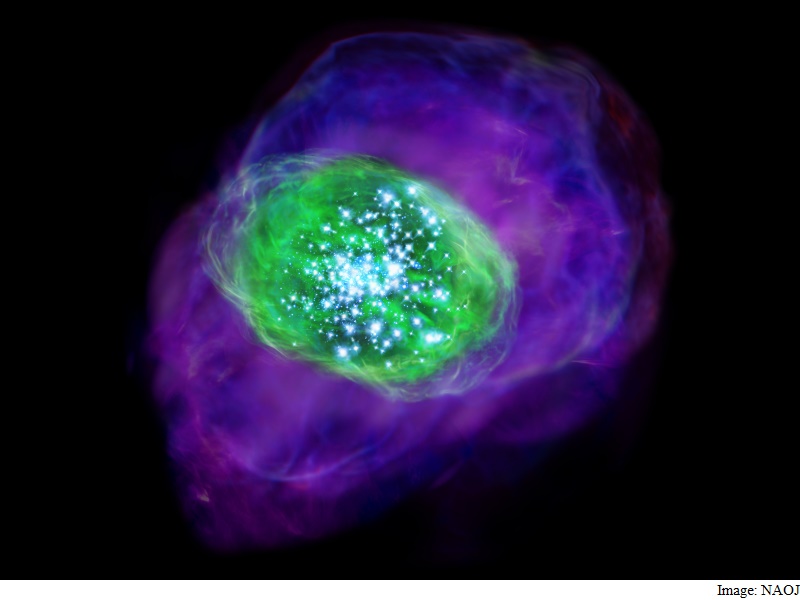 Scientist have found the most distant galaxy with oxygen ever to be detected, seen just 700 million years after the Big Bang, which provides a glimpse into the early history of the universe.

The galaxy SXDF-NB1006-2 lies at a redshift of 7.2, meaning that we see it only 700 million years after the Big Bang, researchers said.

The team was hoping to find out about the heavy chemical elements present in the galaxy, as they can tell us about the level of star formation, and hence provide clues about the period in the early universe known as cosmic reionisation.

"Seeking heavy elements in the early universe is an essential approach to explore the star formation activity in that period," said Akio Inoue from the Osaka Sangyo University in Japan.

"Studying heavy elements also gives us a hint to understand how the galaxies were formed and what caused the cosmic reionisation," said Inoue.

In the time before objects formed in the universe, it was filled with electrically neutral gas.

However, when the first objects began to shine, a few hundred million years after the Big Bang, they emitted powerful radiation that started to break up those neutral atoms - to ionise the gas.

During this phase - known as cosmic reionisation - the whole universe changed dramatically.

Researchers carried out high-sensitivity observations with ALMA and found light from ionised oxygen in SXDF-NB1006-2, making this the most distant unambiguous detection of oxygen ever obtained.

It is firm evidence for the presence of oxygen in the early Universe, only 700 million years after the Big Bang.

Oxygen in SXDF-NB1006-2 was found to be ten times less abundant than it is in the Sun.

"The small abundance is expected because the universe was still young and had a short history of star formation at that time," said Naoki Yoshida at the University of Tokyo.

The team was unable to detect any emission from carbon in the galaxy, suggesting that this young galaxy contains very little un-ionised hydrogen gas, and also found that it contains only a small amount of dust, which is made up of heavy elements.

The detection of ionised oxygen indicates that many very brilliant stars, several dozen times more massive than the Sun, have formed in the galaxy and are emitting the intense ultraviolet light needed to ionise the oxygen atoms.

The findings were published in the journal Science.

Windows Laptop, Activity Trackers, Printers, and More Tech Deals
You'll Love Your Robot More if You Assemble It Yourself: Study