Researchers stressed that the lifespan clock cannot be used for individual human beings even if the species itself was "an interesting part of the study".

An Australian research team say they have come up with a "lifespan clock" which provides accurate maximum age estimates for vertebrates, a key variable in the study of both living and extinct animals. The scientists identified specific areas -- called CpG sites -- in DNA which have been linked to lifespan and then checked them against existing databases of animal ages, according to a paper published in the journal Nature Research.

"Using 252 whole genomes and databases of animal age and promotor sequences, we show a pattern across vertebrates," they said.

The scientists, led by Benjamin Mayne at the Commonwealth Scientific and Industrial Research Organisation (CSIRO) in Western Australia, said their research appeared to be the first of its kind to build a "genetic predictive model to estimate the lifespan of vertebrate species from genetic markers." 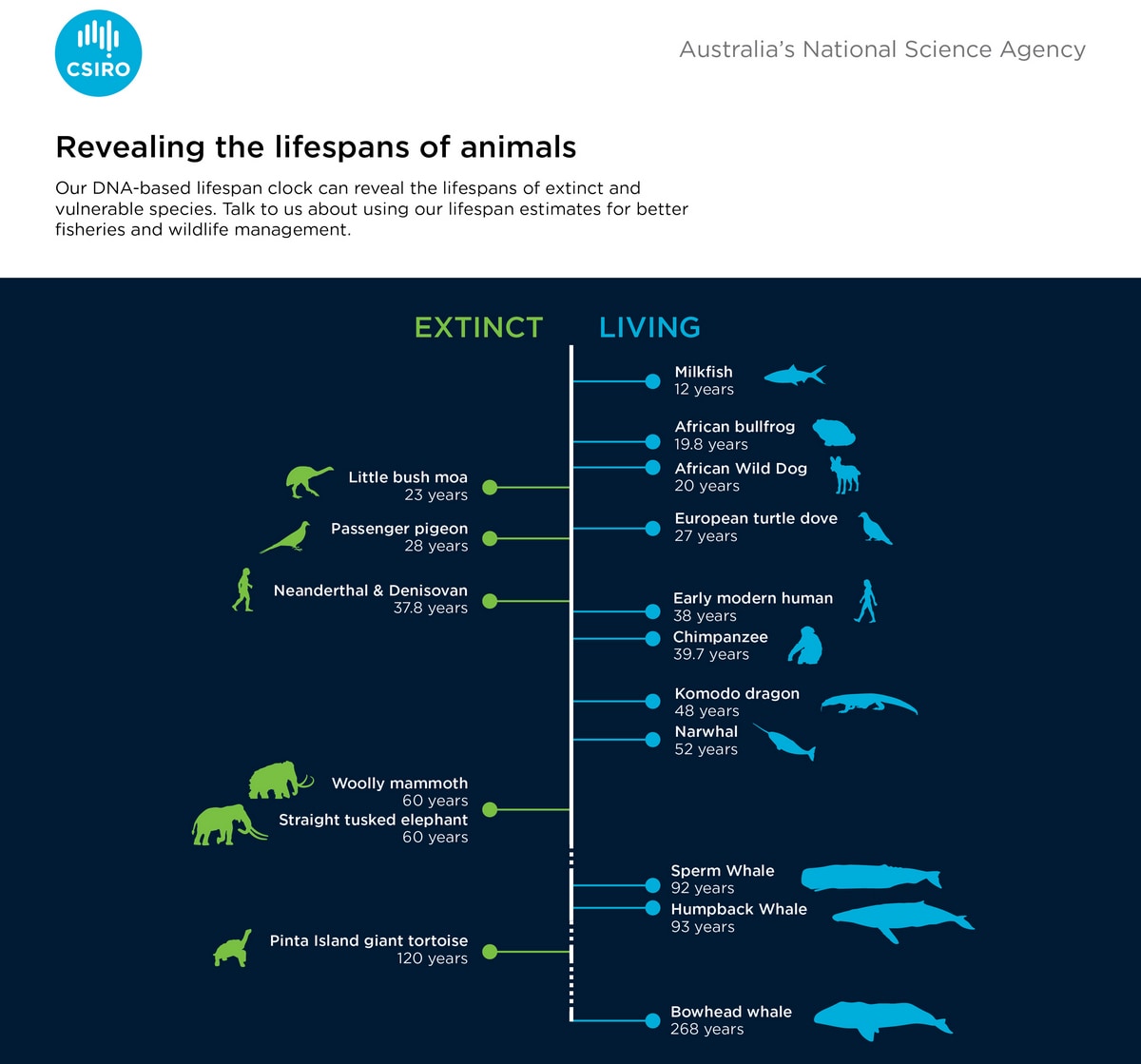 The main aim was to look at "poorly understood and extinct species", for example the Woolly Mammoth (Mammuthus primigenius) which they established likely lived for about 60 years, compared with today's African elephant at 65.

Inevitably the question arises of how this might be applied to human beings.

"The lifespan clock estimated a 38-year lifespan for humans," the team said, in line with the accepted maximum life expectancy of 40 years for pre-modern man but less than half that of his contemporary today.

The researchers also looked at two of man's immediate predecessors -- Denisovans and Neanderthals.

"We estimated that Denisovans and Neanderthals both had a lifespan of 37.8 years. This suggests that these extinct Hominidae species had similar lifespans to their early human... counterparts," they said.

Mayne stressed that the lifespan clock cannot be used for individual human beings even if the species itself was "an interesting part of the study".

"It cannot be used to determine the lifespan of any individual human and the purpose of this study was to determine an important parameter of ecological significance which may assist in wildlife management," he added.

For example, it could be applied to managing species such as fish, sharks and threatened wild animals "where lifespan is critical in determining sustainable harvests and population viability," the paper said.