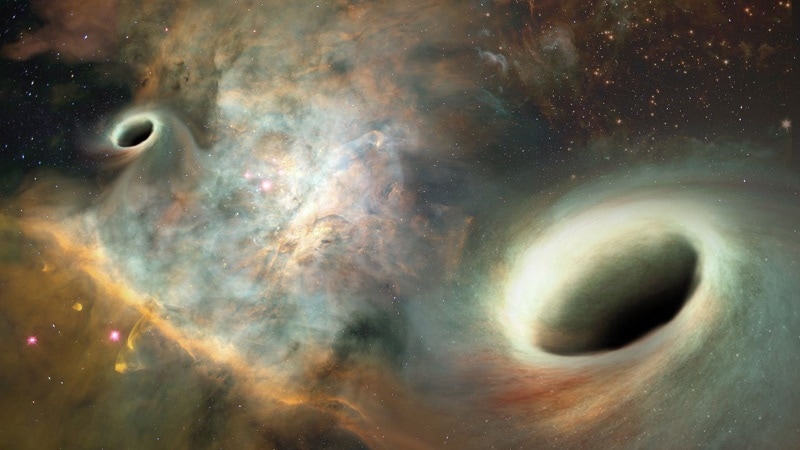 A team of scientists have detected the gravitational waves that resulted from the biggest collision of black holes ever observed and which formed a new black hole about 80 times larger than the sun.

This and three other black hole fusions were detected by an international team of scientists formed by the Advanced Laser Interferometer Gravitational-Wave Observatory (LIGO) in the US and the Australian National University (ANU) in Canberra, Efe news reported on Tuesday.

In July 2017, the fusion of the black hole binary system was detected more than nine billion light years away and resulted in the largest black hole known, the ANU said in a statement.

"This event also had black holes spinning the fastest of all mergers observed so far. It is also by far the most distant merger observed," said Susan Scott, a physicist at the ANU.

The other three collisions were detected between August 9 and 27, 2017 at a distance between three billion and six billion light years away, and the resulting black holes were 56 to 66 times larger than the sun.

"These were from four different binary black hole systems smashing together and radiating strong gravitational waves out into space," Scott said.

The expert stressed that observing these collisions will help to better understand how many binary black hole systems exist in the universe, as well as the range of their masses and the speed with which they spin during a merger.

The researchers detected the collisions after re-analyzing the gravitational wave data obtained by the LIGO.

Gravitational waves, whose existence Albert Einstein predicted a century ago, are space-time vibrations that produce some of the most violent incidents in the Universe -- like explosions of stars -- that generate massive amounts of energy.

In the last three years, the international team of scientists has detected gravitational waves from ten mergers of black holes and the collision of one neutron star, the densest stars in the Universe with a diameter of about 20 kilometres.