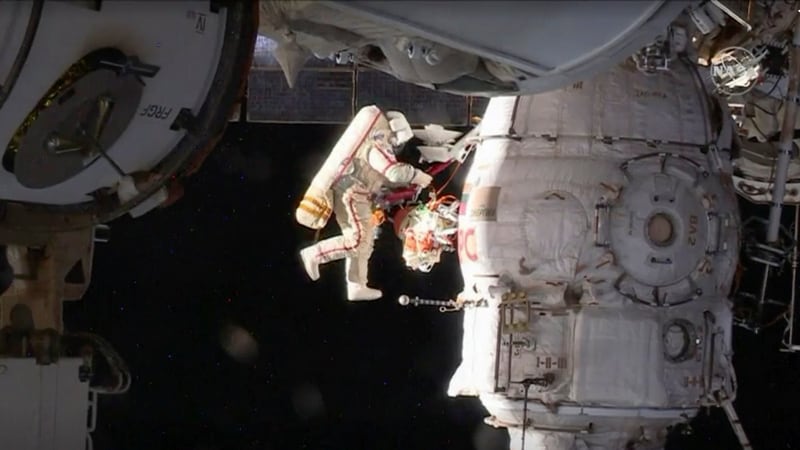 Russian cosmonaut Oleg Kononenko conducts a spacewalk outside the ISS

Two Russian cosmonauts have taken samples of their capsule's exterior in the sixth hour of a spacewalk seeking to resolve the mystery of a small hole found in the craft docked at the International Space Station, a live broadcast by Russian space agency Roscosmos showed early on Wednesday.

Roscosmos has ruled out a manufacturing defect causing the 2 mm-wide hole found in August on the Russian Soyuz capsule, but NASA has sought to dampen speculation of sabotage.

The puncture has since been sealed, halting the oxygen leak. Officials said the crew - three US astronauts, two Russian cosmonauts and one German - were never in danger.

After more than five hours of a rare broadcast - showing the cosmonauts in space trying to cut through an insulate of the spacecraft with a knife - they uncovered the external part of the hole, originally discovered in the capsule's internal covering, and took samples of the exterior insulation.

In line with the instructions from the control centre, they also took pictures of the external side of the hole.

"It is time to go home," a voice from the control centre said shortly before the cosmonauts started moving back towards the space station.