Rover to Mine for Water on Mars Designed 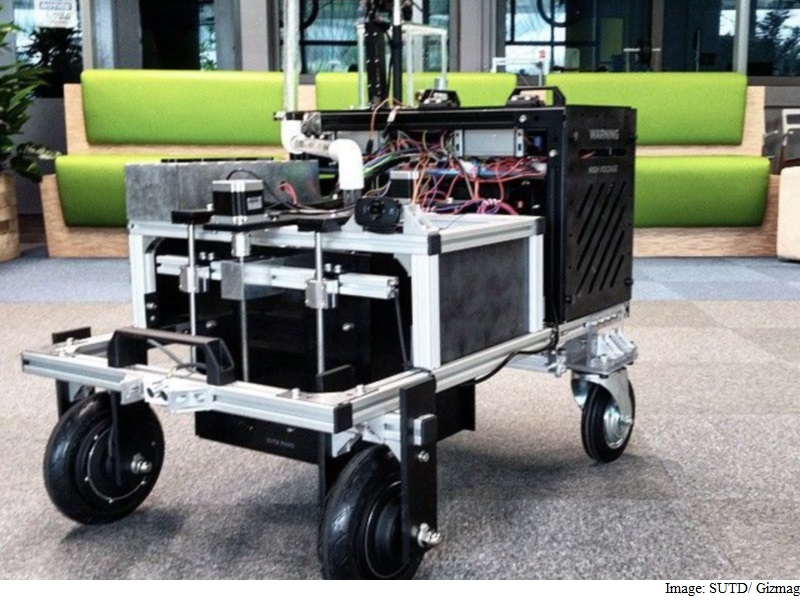 Researchers have developed the prototype of a specialised rover that could one day be used by human colonies on Mars to "mine" for water below the Red Planet's surface.

The early prototype of the rover, Mars Aqua Retrieval System (M.A.R.S.), was developed through a collaboration between the Singapore University of Technology and Design, and Australia's Gilmour Space Technologies.

With a budget of just $10,000 (roughly Rs. 6,61,785), the team managed to create a prototype designed to function on Earth, but with the ability to withstand 30 percent of Mars' temperature and pressure conditions.

Discoveries by Curiosity and the Phoenix Mars Lander, among others, indicate water is present on the Red Planet, either buried in its soil or in non-liquid forms like ice.

M.A.R.S. is designed to extract the water from the soil, collect, and store it. The concept involves the use of microwaves and a cold trap to separate and collect the liquid, Gizmag reported.

Each cycle of the water-collection process involves using a basic locomotion system with two powered wheels to move to the target area, then lowering a microwave unit over the ground and using it to heat up the area for 20 minutes.

The resulting steam then enters collection pipes leading to a condenser bag where it condenses and drips into a collection box.

The team claims it has been able to collect water from frozen soil at a rate of four grams per four minutes in tests. The team also said that details of the M.A.R.S. design were sent to Nasa and the US space agency "replied back favourably."