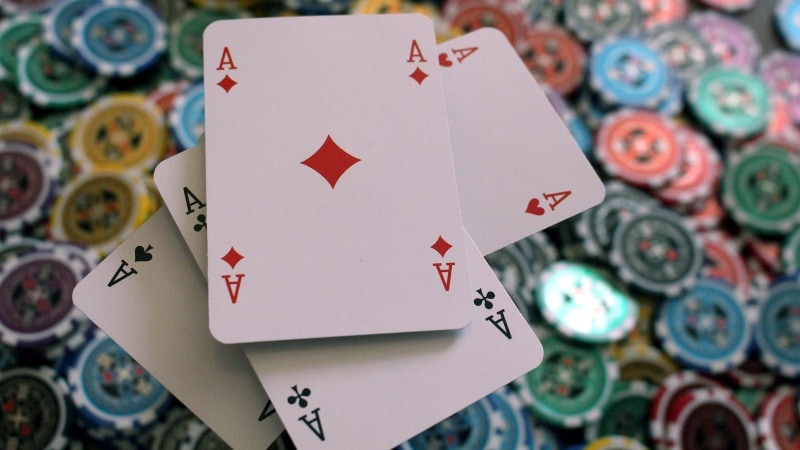 Alan Du's never met a poker adversary with such a stone-cold demeanor. It's the fifth day that the venture capitalist and World Series of Poker veteran has gone up against this opponent - and the losses are stacking up.

His rival is literally inhuman, Du conceded after repeatedly keying bets into a computer and eliciting nary a hint of emotion. That's because he went up against "Lengpudashi:" an updated version of the Libratus artificial intelligence program that achieved a major milestone by besting four of the world's best poker pros in January.

Housed within a supercomputing center near Carnegie Mellon University in Pittsburgh, its name, intended to resemble its English moniker, fittingly translates into "cold poker master."

Du and five team members played 36,000 hands against the machine over the course of five days. On Monday, at a resort conference center on China's Hainan island, the final point-based score was announced: the AI won by a landslide.

Poker is a popular game among venture capitalists because "every hand you play is like a venture, trying to assess risk and ROI," said Du, a seed investor who became the first mainland Chinese to win a WSOP gold bracelet in Las Vegas last year. "We held ourselves very well when playing against this world-class opponent."

Poker's complex betting strategies and the element of bluffing make it particularly intriguing to AI researchers. A player also decides to bet, bluff or fold without ever seeing the opponent's full hand - a different kind of challenge than games like chess or Go, in which all the pieces are clearly visible on a playing board.

Du had tried to prevail where the pros had fallen short by employing an understanding of AI. Unlike the players in the January match-up who drew upon years of professional experience, Du's Chinese team, which included a former Oracle engineer and startup entrepreneurs, attempted to apply their knowledge of machine intelligence and game theory to counter the machine's moves. It wasn't enough.

Tuomas Sandholm, a professor of computer science at Carnegie Mellon, has been honing the research underlying Libratus since 2004, honing its ability to make decisions in situations with imperfect information. The point of training AI to win at games like chess, Go, and poker isn't for the sake of games themselves, but because controlled environments help computers hone strategic decision-making. Those reasoning skills can then be applied to real-world problems such as business, finance, and cybersecurity, he said.

"People have a misunderstanding of what computers and people are each good at. People think that bluffing is very human - it turns out that's not true," said Noam Brown, Sandholm's PhD student and a co-developer of Libratus. "A computer can learn from experience that if it has a weak hand and it bluffs, it can make more money."

The AI didn't learn to bluff from mimicking successful human poker players, but from game theory. "Its strategies were computed from just the rules of the game," not from analysing historical data, Sandholm said.

Venture capitalist Kai-Fu Lee, founder of Sinovation and an event organizer, said the rapid acceleration of AI technology over the past five years wasn't possible before the advent of big data analysis. His fund has invested $120 million (roughly Rs. 775 crores) in AI-related companies in China - including facial recognition and loan-application startups - and he plans to devote a significant chunk of the money he's currently raising to other AI ventures.

Also evident in the Hainan exhibition was the possibility of AI's gradual democratisation. Brown said the computing power on display over the competition could be had for under $20,000 (roughly Rs. 12.9 lakhs).

"It's surprisingly affordable," he said. "Within 5 years, this could be running on smartphones."

Qualcomm Hits Back at Apple Lawsuit, Accuses It of False Statements