Planet Nine is a hypothetical world orbiting the Sun in the Solar System’s outer reaches. 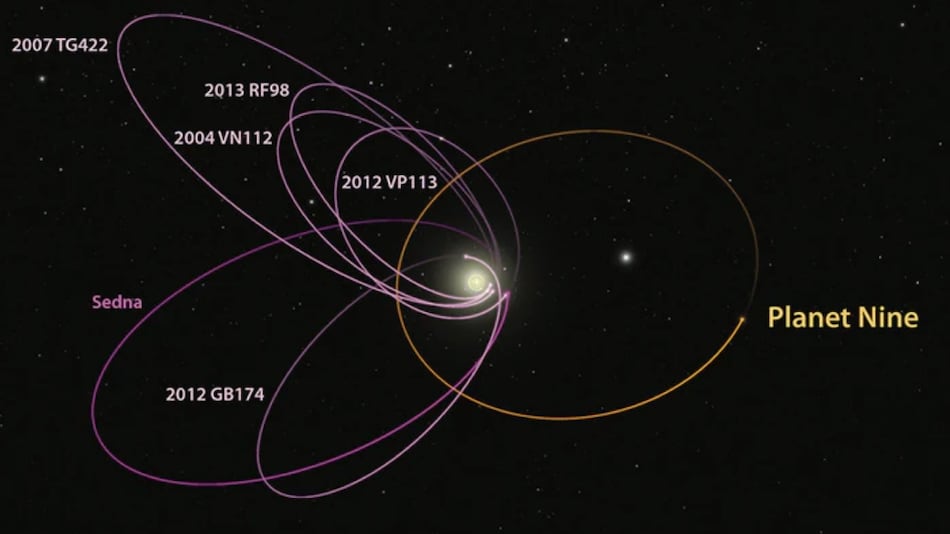 An illustration showing the possible location of Planet Nine

Data from almost four decades ago can suggest the presence of a ninth planet in the Solar System. The hypothetical Planet Nine has been in the talks among scientists for some time but no one has yet observed it. Michael Rowan-Robinson, professor of astrophysics at Imperial College London, dived into 38-year-old data and now he claims to have found the fabled Planet Nine. The data is taken from Infrared Astronomical Satellite (IRAS) readings from 1983, of which Robinson was also a part of. His claim does not imply that the planet has been detected, but it helps to narrow down the area of the sky where it may be found.

The discussion around Planet Nine first emerged in January 2015. Two astronomers from the California Institute for Technology (Caltech) had then suggested that a Neptune-sized planet orbited the Sun in an elongated path that lay far beyond Pluto.

Rowan-Robinson has published the findings of his research in arXiv, an open-access archive for articles on physics, mathematics, and computer science, among others.

Caltech astronomers had based their findings on modelling and computer simulations and not observation. According to these calculations, Planet Nine would have a mass about 10 times that of Earth. It would orbit about 20 times farther from the Sun than Neptune, taking between 10,000 and 20,000 Earth years to complete a revolution around a sun.

Robinson also relied on infrared data. He said, “I decided to hunt through these catalogues looking for all sources that were not identified with galaxies or other objects such as stars.”

He looked into 250,000 objects detected by the satellite and narrowed them down to three potential Planet Nine candidates. Finally, he decided to focus only on one object that was located in an “awkward place” near the galactic plane of the Milky Way. But Robinson speculated that the “object” might be the result of “noise” from filamentary clouds which glowed in infrared wavelengths.

Researchers think that detection of Planet Nine may be quite tricky. We may have to wait for a few more years before its existence gets proven. If proven, Planet Nine will be the first new planet discovered orbiting the Sun in two centuries.

Caltech astronomer Mike Brown, who was behind the 2015 Planet Nine model, went on to say that Robinson's findings could lead to a completely new discovery instead of proving the 2015 hypothesis.