'Planet 9' Said to Be First Exoplanet in Our Solar System 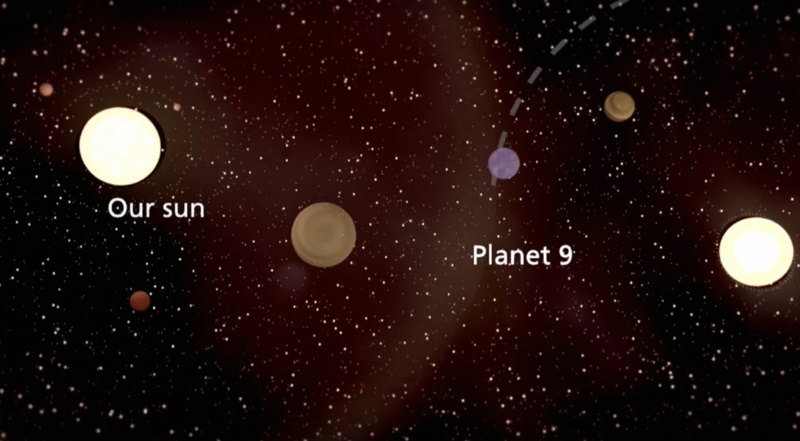 Through a computer-simulated study, astronomers showed that it was highly likely that the so-called Planet 9 is an exoplanet - a first exoplanet to be discovered inside our solar system.

The theory is that our Sun, in its youth some 4.5 billion years ago, stole Planet 9 from its original star.

An exoplanet is by definition a planet located outside our solar system. Now it appears that this definition is no longer viable.

According to astronomers from Lund University in Sweden, there is a lot to indicate that Planet 9 was captured by the young sun and has been a part of our solar system completely undetected ever since.

"It is almost ironic that while astronomers often find exoplanets hundreds of light years away in other solar systems, there's probably one hiding in our own backyard", said Alexander Mustill, astronomer at Lund University.

Stars are born in clusters and often pass by one another.

It is during these encounters that a star can "steal" one or more planets in orbit around another star.

This is probably what happened when our own sun captured Planet 9.

In a computer-simulated model, Mustill together with astronomers in Lund and Bordeaux showed that Planet 9 was probably captured by the Sun when coming in close contact while orbiting another star.

Planet 9 may very well have been "shoved" by other planets and when it ended up in an orbit that was too wide around its own star, our Sun may have taken the opportunity to steal and capture Planet 9 from its original star.

"When the sun later departed from the stellar cluster in which it was born, Planet 9 was stuck in an orbit around the Sun," Mustill explained.

There is still no image of Planet 9, not even a point of light. It is now known if it is made up of rock, ice, or gas.

"All we know is that its mass is probably around 10 times the mass of earth," Mustill added.

If the theory is correct, Mustill believes that the study of space and the understanding of the sun and the Earth will take a giant leap forward.

"This is the only exoplanet that we, realistically, would be able to reach using a space probe," he noted in the journal Monthly Notices of the Royal Astronomical Society Letters.