As scientists scramble to determine whether there is life on Mars, a researcher from Ohio University in US believes that there is evidence of insect-like creatures on the red planet.

"There has been and still is life on Mars," Romoser said, noting that the images appear to show both fossilised and living creatures.

"There is apparent diversity among the Martian insect-like fauna which display many features similar to Terran insects that are interpreted as advanced groups - for example, the presence of wings, wing flexion, agile gliding/flight, and variously structured leg elements," Romoser added.

Romoser said that while the Martian rovers, particularly the Curiosity Rover, have been looking for indicators of organic activity, there are a number of photos which clearly depict the insect- and reptile-like forms. 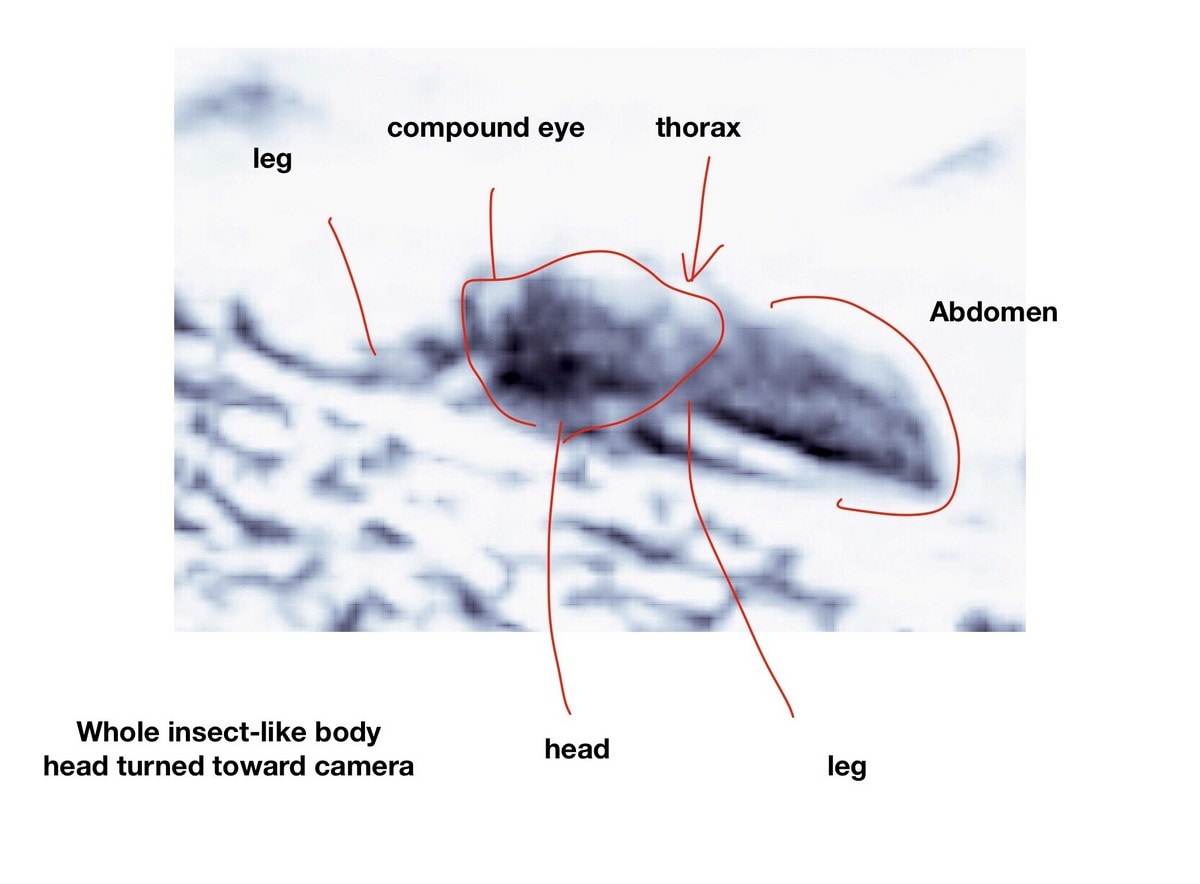 Numerous photos show images where arthropod body segments, along with legs, antennae and wings, can be picked out from the surrounding area, and one even appears to show one of the insects in a steep dive before pulling up just before hitting the ground.

Individual images were carefully studied while varying photographic parameters such as brightness, contrast, saturation, inversion, and so on. No content was added, or removed.

Criteria used in Romoser's research included: Dramatic departure from the surroundings, clarity of form, body symmetry, segmentation of body parts, repeating form, skeletal remains, and observation of forms in close proximity to one another.

Particular postures, evidence of motion, flight, apparent interaction as suggested by relative positions, and shiny eyes were taken to be consistent with the presence of living forms.

"Once a clear image of a given form was identified and described, it was useful in facilitating recognition of other less clear, but none-the-less valid, images of the same basic form," Romoser said. "

An exoskeleton and jointed appendages are sufficient to establish identification as an arthropod.

Three body regions, a single pair of antennae, and six legs are traditionally sufficient to establish identification as 'insect' on Earth.

These characteristics should likewise be valid to identify an organism on Mars as insect-like. On these bases, arthropodan, insect-like forms can be seen in the Mars rover photos."

These creatures loosely resemble bumble bees or carpenter bees on Earth. Other images show these "bees" appearing to shelter or nest in caves. And others show a fossilized creature that resembles a snake.

"The presence of higher metazoan organisms on Mars implies the presence of nutrient/energy sources and processes, food chains and webs, and water as elements functioning in a viable, if extreme, ecological setting sufficient to sustain life," Romoser said.

"The evidence of life on Mars presented here provides a strong basis for many additional important biological as well as social and political questions," he added.

The study was presented at Entomological Society of America national meeting.