Comet Skirts Past Sun With Rosetta in Tow 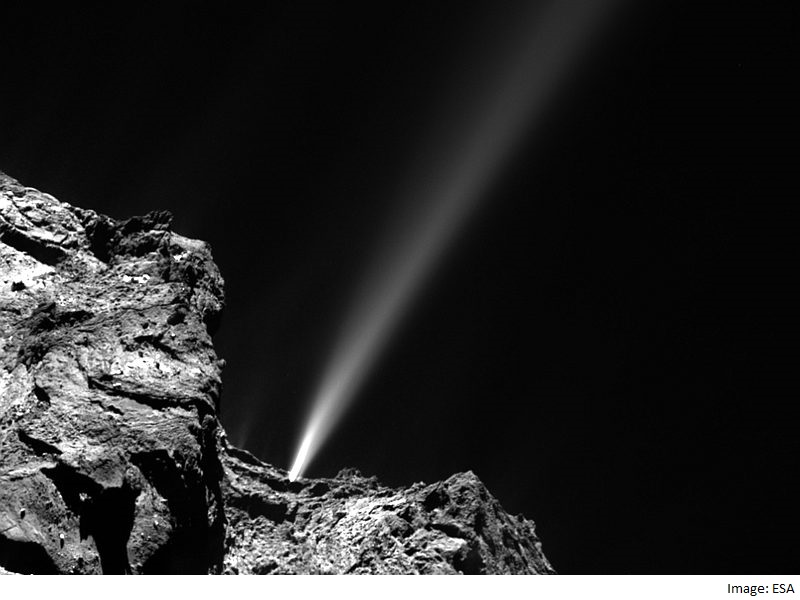 A comet hosting the Philae robot and orbited by the Rosetta spacecraft zipped by past the Sun on Thursday with all systems go, The European Space Agency said.

The comet 67P/Churyumov-Gerasimenko, which scientists say may help unlock the mystery of the origins of life on Earth, came within 186 million kilometres (116 million miles) of our solar system's star at about 0200 GMT, the agency said.

Pictures taken from Rosetta's navigation camera showed that 67P was "very active" as its surface was buffeted by solar wind and heat, said Sylvian Lodiot, the engineer in charge of the spacecraft at ESA's European Space Operations Centre in Germany.

"There are jets of gas and dust just about everywhere," he told AFP.

Rosetta, which continues to shadow the comet on its 6.5 year orbit around our sun, "is working perfectly," he added.

The Sun's heat has fomented a burst of chemical reactions on the comet, which is spewing hundreds of kilos of gas and a tonne of dust per second.

During the 67P's solar swingby, Rosetta retreated to a safe distance of 330 kilometres (200 miles) to protect its star tracker navigation system from the debris.

The comet is made up of minerals, ice and most critically for scientists organic molecules that may have been similar to the precursors that kick-started life in Earth's early oceans.

Scientists hope the heat of perihelion when the comet comes closest to the Sun in its orbit will have caused the lifeless voyager to shed a significant layer of its icy crust.

If so, it will disgorge some of these pristine particles left from the solar system's birth some 4.6 billion years ago.

Data gathered during the critical passage near the Sun will be analysed in the coming weeks and months, Lodiot said.

As for Philae, the washing-machine-sized robot probe that tumbled onto the comet last November, scientists do not know yet whether it is still gathering data or if communications can be reestablished.