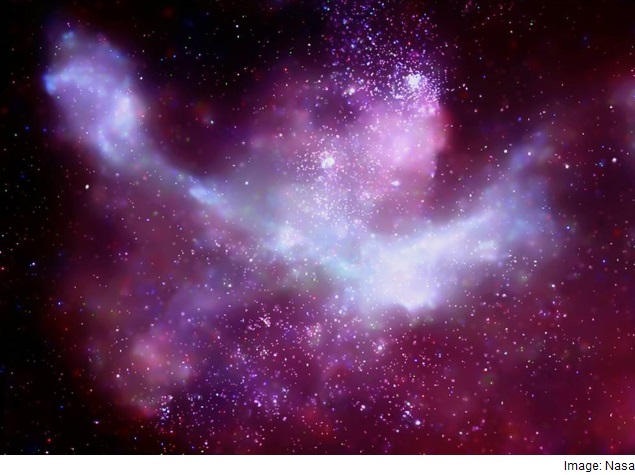 The number of distant galaxies could be 10 to 100 times fewer than earlier thought, astronomers estimate.

Over the years, the Hubble Space Telescope has allowed astronomers to look deep into the universe. The long view stirred theories of untold thousands of distant, faint galaxies.

"Our work suggests that there are far fewer faint galaxies than we once previously thought," said one of the researchers Brian O'Shea, associate professor of physics and astronomy at the Michigan State University in the US.

"Earlier estimates placed the number of faint galaxies in the early universe to be hundreds or thousands of times larger than the few bright galaxies that we can actually see with the Hubble Space Telescope. We now think that number could be closer to ten times larger."

The researchers used the US National Science Foundation's Blue Waters supercomputer to run simulations to examine the formation of galaxies in the early universe.

The team simulated thousands of galaxies at a time, including the galaxies' interactions through gravity or radiation.

The simulated galaxies were consistent with observed distant galaxies at the bright end of the distribution - in other words, those that have been discovered and confirmed.

The results did not, however, reveal an exponentially growing number of faint galaxies, as has been previously predicted.

These results will be tested further when the much-anticipated James Webb Space Telescope comes online in late 2018, the researchers said.

The study was published in the Astrophysical Journal Letters.