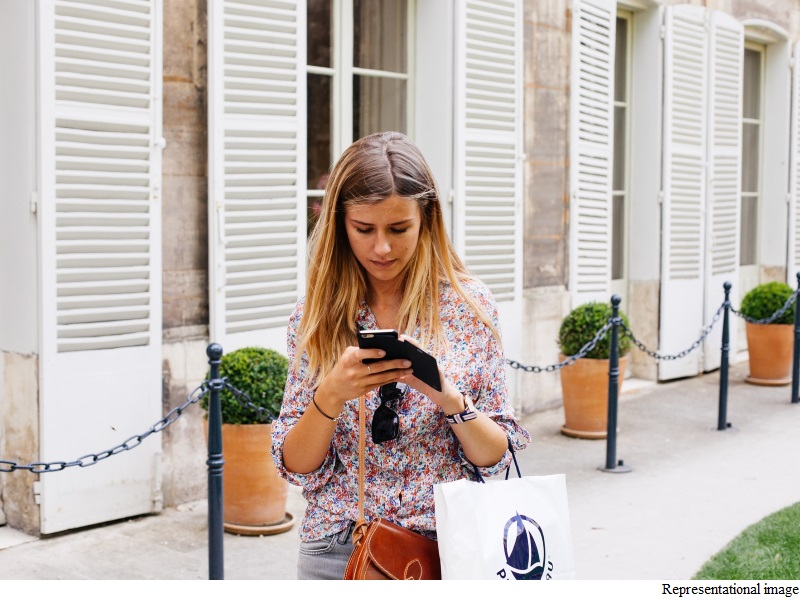 In the future, it may become possible for an individual to easily check their health by connecting a sensor to a smartphone or other device. There are also hopes that the nation's growing medical expenditures could be curbed by the early detection of disease.

The National Institute for Materials Science (NIMS), based in Tsukuba, Ibaraki Prefecture, played the leading role in developing the small sensor, which is capable of detecting substances in a person's exhalations with high accuracy by analysing the odour of the breath.

To put this technology into practical use, the institute has been working with Kyocera Corp., NEC Corp., Sumitomo Seika Chemicals Co., Osaka University and a precision equipment maker in Switzerland.

A "film" installed in the sensor, which is a tiny chip a few millimetres square, determines whether there are substances peculiar to cancer patients' breath and calculates whether a person is suspected to have cancer. By just exhaling into the sensor, which is connected to a smartphone or other device, the result can be displayed on the screen of the device in a graph or other form.

According to NIMS, it is highly likely that the sensor will be able to distinguish what kind of cancer a person has if the sensor's accuracy is improved and data on odour are collected.

Peculiar odours are said to be found in the respiration of patients who are suffering from diabetes, kidney and liver diseases, asthma and those with Helicobacter pylori. The sensor may make it possible to judge what kind of diseases people have, and is being considered for use not only for examinations at medical institutions but also for self-checks by individuals.

The sensor costs a few hundred yen to make and can be produced in large quantities. It is expected to take about six years to develop it for practical use, as it is necessary to collect data on the odours associated with various cancers, improve the sensor's precision and have it certified as medical equipment by the government, according to sources.

Cancer is the leading cause of death among Japanese people, with nearly 400,000 people dying each year. According to a 2014 survey by the Cabinet Office, the medical examination rate for cancer screening in Japan is about 40 percent - said to be about half that in the United States and some European nations.

Major reasons cited for not receiving cancer screening in the survey were having no time; the cost involved; and feeling uneasy about pain. Examinations of people's exhalations would likely improve the medical examination rate. However, it would still be necessary for people to undergo further examinations at medical institutions to confirm whether they have a disease.

Research on diagnosing various diseases through exhalations started in Europe and the United States more than 10 years ago, and the research has attracted attention in Japan in recent years.

A group of researchers, including some at Kyushu University, submitted a report to a British medical journal in 2011 stating that cancer patients have peculiar odors in their respiration that can be detected by a dog specially trained to sniff out the exhalations of cancer patients.

Also, researchers at Juntendo University are studying a method of identifying esophageal cancer patients through their exhalations.