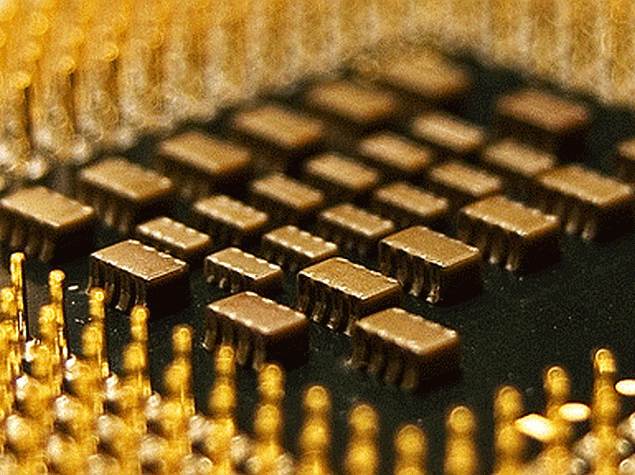 As the demand for faster computers continues to rise, replacing silicon with materials that can switch back and forth between different electrical states holds the key to developing faster, smaller and greener computers, researchers say.

"Phase-change materials" (PCMs) are capable of reversibly switching between two structural phases with different electrical states in billionths of a second - giving birth to computers capable of processing information up to 1,000 times faster than currently available models.

Today, the calculations performed by most computers, smartphones and tablets are carried out by silicon-based logic devices.

The solid-state memory used to store the results of such calculations is also silicon-based.

"However, as demand for faster computers continues to increase, we are rapidly reaching the limits of silicon's capabilities," said lead researcher Stephen Elliott from the University of Cambridge's department of chemistry.

The new processors designed by researchers use a type of PCM based on chalcogenide glass which can be melted and re-crystallized in as little as half a nano-second (billionth of a second) using appropriate voltage pulses.

In these new devices, logic operations and memory are co-located rather than separated as they are in silicon-based computers.

"These materials could eventually enable processing speeds between 500 and 1,000 times faster than the current average laptop computer, while using less energy," Elliott added.

Currently, the smallest logic and memory devices based on silicon are about 20 nano-metres in size - approximately 4000 times thinner than a human hair - and are constructed in layers.

PCM devices have been shown to function down to about two nano-metres.

The results were published in the journal Proceedings of the National Academy of Sciences.