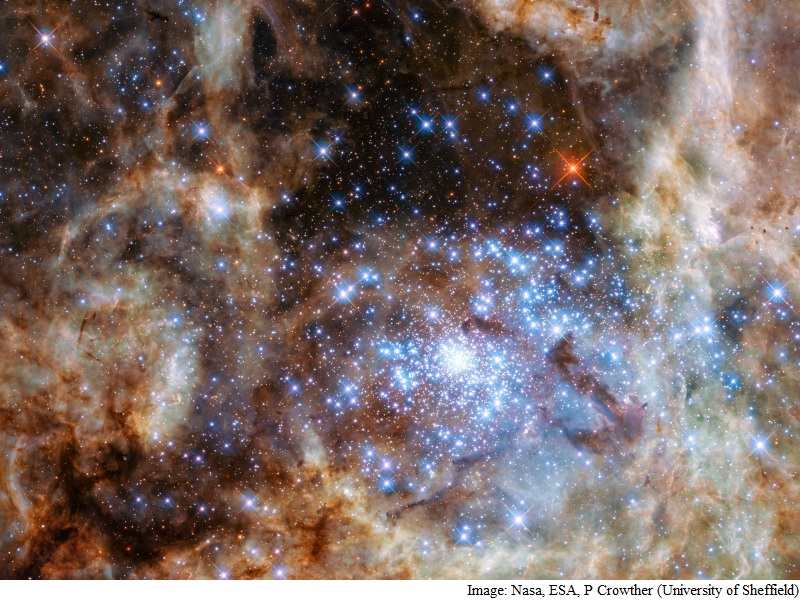 By looking at the physics behind the speeding up or slowing down of a stars rotation, its x-ray activity, and magnetic field generation, researchers have developed a new conceptual framework for understanding how stars similar to our Sun evolve.

The work could "ultimately help to determine the age of stars more precisely than is currently possible", said study first author Eric Blackman, professor of physics and astronomy at the University of Rochester in New York, US.

The new model, published in the journal Monthly Notices of the Royal Astronomical Society, helps explain how stellar rotation, activity, magnetic field, and mass loss all mutually evolve with age, the researchers explained.

Using our Sun as the calibration point, the model accurately described the likely behaviour of the Sun in the past, and how it would be expected to behave in the future.

"Our model shows that stars younger than our Sun can vary quite significantly in the intensity of their x-ray emission and mass loss," Blackman said.

"But there is a convergence in the activity of the stars after a certain age, so you could say that our Sun is very typical for stars of its mass, radius, and its age. They get more predictable as they age," Blackman noted.

"We're not yet at the point where we can accurately predict a star's precise age, because there are simplifying assumptions that go into the model," Blackman said.

"But in principle, by extending the work to relax some of these assumptions we could predict the age of for a wide range of stars based on their x-ray luminosity," Blackman explained.

At the moment, empirically determining the age of stars is most easily accomplished if a star is among a cluster of stars, from whose mutual properties astronomers can estimate the age.

But its age can then be estimated "to an accuracy not better than a factor of 25 percent of its actual age, which is typically billions of years", Blackman explained.

The problem is worse for "field stars," alone in space such that the cluster method of dating cannot be used.

The new model provides a physics explanation for how stellar rotation, activity, magnetic field, and mass loss all mutually evolve with age.